Lemmings Will be Lemmings: Awaken or Slumber

As my UK trip draws to a close, I am struck by what a bizarre string of experiences I have had throughout this visit.

I have been overwhelmed with joy upon being reunited with family and friends. Yet I have had and have no more tears to shed. I have felt my soul being nourished from hugging loved ones, being close to them once again, enjoying their company, and reminiscing about the little things.

I have also never felt more distant, alienated, and estranged from all these nearest and dearest humans in my life. It has been deeply saddening to quietly witness and understand how different the realities are that we choose to occupy. 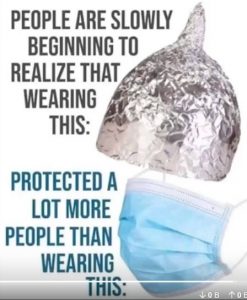 I have quietly smiled as people have ranted about the bogeyman Putin. I have rolled my eyes as relatives have waxed lyrical about climate change, or when they have matter-of-factly ‘explained’ to me about the Christmas turkeys being almost unobtanium, because of bird flu (not a whisper about forced culling of livestock by the government’s department of health agencies, paying farmers not to farm, reducing independent food supply chains and agricultural practices, and orchestrating the great reset).

I have felt a growing sense of dread, as almost everyone I have met up with has told me how they haven’t been able to shake off a cold for weeks on end, yet they wholly believe this is due to their immune systems being weakened by the lockdown social behavioural experiments, because Chris Whitty said so.


Meanwhile, I am seeing strong signs of antibody dependent enhancement, compromised immune systems, and potentially ‘vaccine’-acquired-immunodeficiency syndrome, amongst people I have known for years, previously healthy with no underlying conditions.

I have dished out bottles of virgin black (cumin) seed oil to quintuple-boosted relatives, to try and stealthily detox the spike protein from their damaged bodies (without mentioning the sacred cow, and instead grading the concept to their language by invoking ‘long COVID’ and suchlike.)

Both Mrs. Creed and I fell severely ill for approximately 36 hours, with pounding headaches, delirious feverish night sweats, and electrical-like spasms and twitches of the whole body – perhaps as a result of spike protein shedding from being around so many very sick, highly contagious individuals, 99.9% of whom are mRNA injected.

The Creed backpack pharmacy came to the rescue with ivermectin and the Zelenko protocol (in spite of mild ridicule from family members suggesting we go to a ‘real pharmacy’; no doubt would’ve had us on Paxlovid or Remdesivir, making us worse and leading to eugenics-driven organ failure).

I will no longer tie myself in knots, beating myself up because I cannot wake up friends and family. They will wake up when they are ready, for only they can take the first steps themselves, lean into and listen to their inner voice, and endure the disorientation and trauma that comes with the journey of awakening.

I thought this lady explained the concept brilliantly:


It really is the hardest thing watching people you love flail around aimlessly, outsourcing their thought processes and belief systems to so-called experts. The UK in particular is such a steadfastly homogenous nation, a real hive-mind of group consensus, making me feel like an outcast leper in the views and beliefs that I hold.

I am reminded of the computer game Lemmings, whereby an unlimited number of Lemmings will follow other Lemmings into lava pits, off cliff-edges, and so on and so forth, never sensing danger or their imminent demise. They simply do as they are told or directed.

Dark storm clouds once again gather on the horizon. I am angry. Despite my best efforts to exercise vipassana meditative practices, and observe the anger without attaching to it, it feels different somehow. I feel something primal preparing my mind, body, and spirit for calamity and chaos. I expect that you can feel it too.

The parasite class are going to double down on everything. Cornered animals are at their most dangerous when they sense their own endangerment. I expect the most vocal, well-known, and impactful dissident voices to be summoned for ‘re-education’, such as Jordan Peterson’s latest plight, as documented by John Leake here:

The chess pieces are being moved around the board, and I believe we have a few good rooks, bishops, and knights that have yet to make themselves known to us, and we will be pleasantly surprised.

On a personal level, I have long since left behind my violent youth. I have been kind, I have been good, I have been patient, and I have forgiven more than I have forsaken. Yet, if the oppressors choose to use violence against me, I will reluctantly tap into my rage as easily as breathing…

“The most terrifying force of death comes from the hands of Men who wanted to be left Alone. They try, so very hard, to mind their own business and provide for themselves and those they love. They resist every impulse to fight back, knowing the forced and permanent change of life that will come from it. They know that the moment they fight back, their lives as they have lived them, are over. The moment the Men who wanted to be left alone are forced to fight back, it is a form of suicide. They are literally killing off who they used to be. Which is why, when forced to take up violence, these Men who wanted to be left alone, fight with unholy vengeance against those who murdered their former lives. They fight with raw hate, and a drive that cannot be fathomed by those who are merely play-acting at politics and terror. TRUE TERROR will arrive at these people’s door, and they will cry, scream, and beg for mercy… but it will fall upon the deaf ears of the Men who just wanted to be left alone.”

There shall come a moment when we are all, all in.

Will most of us wait until we are being led onto the buses and trains bound for the concentration camps, before we rise up? Can civil disobedience still prevail and be safe and effective in countering the unsafe and ineffective poisonous-injection democide campaign?

Throughout history, the spark that ignites the tinder box, that catches fire for revolution, may at first be extinguished. The wind may be too strong, or the tinder might not be dry enough. It starts as a whisper, and it culminates in a roar. You will not be able to hear the roar, because you will be roaring too.

Above all else, the revolution will be felt and it will be known by all.

We have lived long enough to see the parasite class tremble. Their reckoning is near.

Now it’s time for them to burn.

Nicholas Creed is a Bangkok-based journalistic infidel impervious to propaganda. Follow Creed Speech on substack. If you liked this content and wish to support the work, buy him a coffee or consider a crypto donation: