– “…Howard Hughes–the billionaire aviator, motion-picture producer and business tycoon–spent most of his life trying to avoid germs. Toward the end of his life, he lay naked in bed in darkened hotel rooms in what he considered a germ-free zone. He wore tissue boxes on his feet to protect them. And he burned his clothing if someone near him became ill”

SM:…Howard Hughes wasn’t so much of a entrepreneurial genius as he was a “safety first’ visionary. We should all take a que from his methodical & proper protocol in creating a ‘gem-free’ bubble. Step #1 – Make a billion dollars, Step #2 – Grow fingernails 8 inches, Step #3…Order a copy of “Ice Station Zebra’….

Howard Hughes–the billionaire aviator, motion-picture producer and business tycoon–spent most of his life trying to avoid germs. Toward the end of his life, he lay naked in bed in darkened hotel rooms in what he considered a germ-free zone. He wore tissue boxes on his feet to protect them. And he burned his clothing if someone near him became ill. 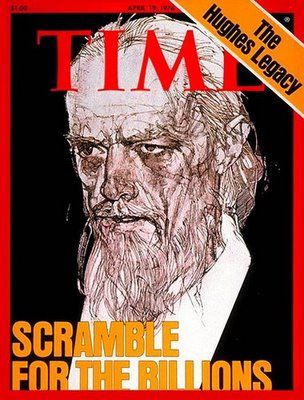 The phobia grew so severe that it might have contributed to Hughes’s increasing addiction to codeine and his reclusiveness in the two decades before his death from heart failure in 1976. Nearly two years after his death, Hughes’s estate attorney called on former APA CEO Raymond D. Fowler, PhD, to conduct a psychological autopsy to determine Hughes’s mental and emotional condition in his last years and to help understand the origins of his mental disorder. Fowler’s findings were used in civil lawsuits filed by people who made claims to the billionaire’s estate. Hughes had died without a will.

Fowler, who at the time was a professor and chair of the University of Alabama’s psychology department, was recommended to conduct the psychological autopsy by an attorney he had worked with previously on mental health right-to-treatment cases. Fowler worked full time for one year conducting the autopsy and then on and off for five years following that. 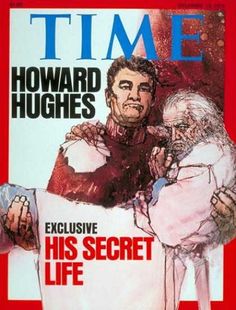 To complete the autopsy, Fowler interviewed Hughes’s former staff and evaluated newspaper reports, court depositions, old letters Hughes’s mother wrote about him and other documents ranging from transcripts of Hughes’s phone calls to his pilot logs.

“A picture gradually emerged of a young child who pretty much was isolated and had no friends, and a man who increasingly became concerned about his own health,” Fowler says.

That research led Fowler to believe that Hughes’s fear for his health most likely emerged from his childhood. Hughes’s mother was constantly worried about her son’s exposure to germs, terrified that he would catch polio, a major health threat at the time. His mother checked him every day for diseases and was cautious about what he ate. 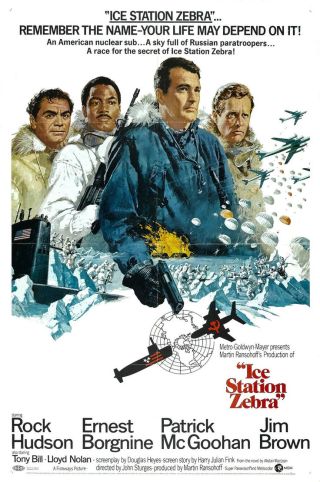 In adolescence, Hughes was paralyzed for several months and unable to walk. After a few months, the symptoms disappeared. Fowler believes Hughes’s paralysis–for which no physical basis was found–was psychologically based and an early manifestation of his lifelong pattern of withdrawing in times of stress.

Hughes’s fear of germs grew throughout his life, and he concurrently developed obsessive-compulsive symptoms around efforts to protect himself from germs, Fowler notes. For example, he wrote a staff manual on how to open a can of peaches–including directions for removing the label, scrubbing the can down until it was bare metal, washing it again and pouring the contents into a bowl without touching the can to the bowl. 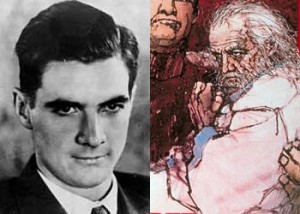 Ironically, Hughes ended up neglecting his own hygiene later in his life, rarely bathing or brushing his teeth. He even forced his compulsions on those around him, ordering staff to wash their hands multiple times and layer their hands with paper towels when serving his food.