– “..Declining deaths are not a great way to push the “second wave” propaganda, so the media and politicians have moved the goal posts and decided that only “cases” are important. It’s another big lie….Resist propaganda and defend your liberty. That is the only way we’ll get through this”

Ron Paul – The Media Is Lying About The “Second Wave”

For months, the Washington Post and the rest of the mainstream media kept a morbid Covid-19 “death count” on their front pages and at the top of their news broadcasts. The coronavirus outbreak was all about the number of dead.

The narrative was intended to boost governors like Cuomo in New York and Whitmer in Michigan, who turned their states authoritarian under the false notion that destroying people’s jobs, freedom, and lives would somehow keep a virus from doing what viruses always do: spread through a population until eventually losing strength and dying out.

The “death count” was always the headline. 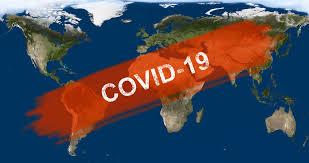 But then all of a sudden early in June the mainstream media did a George Orwell and lectured us that it is all about “cases” and has always been all about “cases.” Death, and especially infection fatality rate, were irrelevant. Why? Because from the peak in April, deaths had decreased by 90 percent and were continuing to crash. That was not terrifying enough so the media pretended this good news did not exist.

With massive increases in testing, the “case” numbers climbed. This is not rocket science: the more people you test the more “cases” you discover. 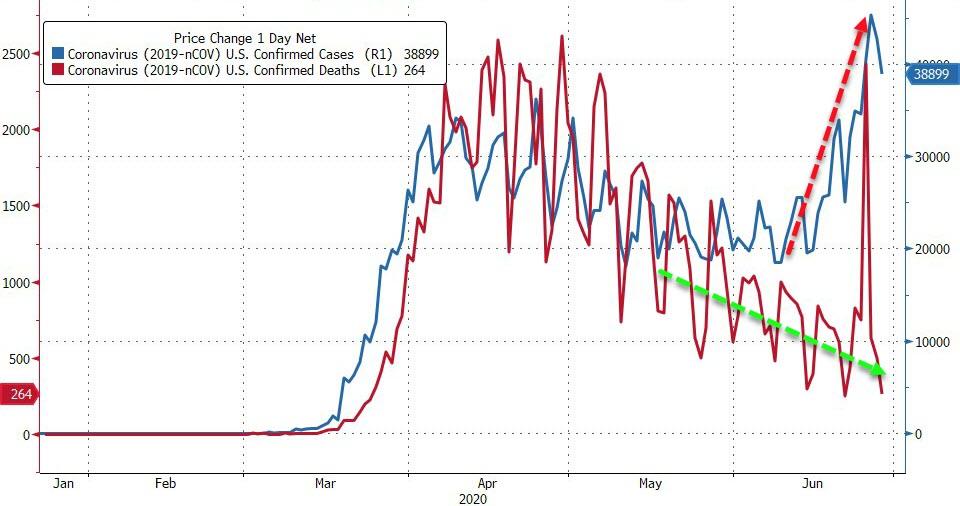 [ZH: ignore the odd spike in deaths, this was due to a reclassification of nursing home deaths in NJ – the trend is clear otherwise]

Unfortunately our mainstream media is only interested in pushing the “party line.” So the good news that millions more have been exposed while the fatality rate continues to decline – meaning the virus is getting weaker – is buried under hysterical false reporting of “new cases.”

Unfortunately many governors, including our own here in Texas, are incapable of resisting the endless lies of the mainstream media. They are putting Americans again through the nightmare of forced business closures, mandated face masks, and restrictions of Constitutional liberties based on false propaganda.

In Texas the “second wave” propaganda has gotten so bad that the leaders of the four major hospitals in Houston took the extraordinary step late last week of holding a joint press conference to clarify that the scare stories of Houston hospitals being overwhelmed with Covid cases are simply untrue. Dr. Marc Boom of Houston Methodist said the reporting on hospital capacity is misleading. He said, “quite frankly, we’re concerned that there is a level of alarm in the community that is unwarranted right now.”

In fact, there has been much reporting that the “spike” in Texas cases is not due to a resurgence of the virus but to hospital practices of Covid-testing every patient coming in for any procedure at all.

Why would hospitals be so dishonest in their diagnoses? Billions of appropriated Federal dollars are being funneled to facilities based on the number of “Covid cases” they can produce. As I’ve always said, if you subsidize something you get more of it. And that’s why we are getting more Covid cases.

Let’s go back to the original measurements used to scare Americans into giving up their Constitutional liberties: the daily death numbers. Even though we know hospitals have falsely attributed countless deaths to “Covid-19” that were deaths WITH instead of FROM the virus, we are seeing actual deaths steadily declining over the past month and a half. Declining deaths are not a great way to push the “second wave” propaganda, so the media and politicians have moved the goal posts and decided that only “cases” are important. It’s another big lie.

Resist propaganda and defend your liberty. That is the only way we’ll get through this.

4 thoughts on “THE MEDIA MONOPOLY: Ron Paul – The Media Is Lying About The “Second Wave””