The End Of The Growth Road – By Charles Hugh Smith

Everyone caught by surprise that the infinite road actually has an end will face a bewildering transition.

The End of the “Growth” Road is upon us, though the consensus continues to hold fast to the endearing fantasy of infinite expansion of consumption.

This fantasy has been supported for decades by the financial expansion of debt, which enabled more spending which pushed consumption, earnings, taxes, etc. higher.

All the financial games are fun but “growth” boils down to an expansion of material consumption: more copper mined and turned into wire which is turned into new wind turbines, housing, vehicles, appliances, etc.

There are three problems with the infinite expansion of consumption “growth” paradigm.

1. Everyone in developed economies already has everything. The “solution” is planned obsolescence and the obsessive worship of marketing, which seeks to manipulate “consumers” into buying stuff of marginal utility that they don’t actually need with credit. This is sold as “fashion.”

The reality is many consumer goods are of far lower quality than previous generations of products and services. Some of this can be attributed to lower quality control and the relentless pressure of globalization to lower costs, but it’s also a systemic expansion of planned obsolescence: product cycles, low-quality components, designs intended to be unrepairable, etc. have all been optimized for the LandFill Economy where products that once lasted for decades are now dumped in the landfill after a few years of service. (As for recycling all the broken stuff–that’s another endearing fantasy.)

The purchase of “fashionable” replacements and marketing gimmicks are the only real driver of “growth” in developed economies. Life is not being enhanced with better quality or utility; it’s supposedly being enhanced by “new” stuff, the only benefit of which is that’s it’s “new.” The claimed benefits are marginal

2. Those who could actually use more stuff don’t have any money. China’s unprecedented development enabled 500 million people who previously didn’t have the earnings or credit to buy vehicles, high-rise flats, etc. gained the income and credit to buy all the middle class goodies. This immense expansion of the global middle class boosted the global economy for 30 years.

But the rest of the developing world has a harder time duplicating the staggering flood of capital into China that funded its transition into “the workshop of the world.” Global corporations might be able to sell snacks and soda and cheap mobile phones to developing economies, but vehicles and high-rise flats–those require expansions of earnings, capital flows and credit that cannot be generated by financial magic.

3. The easy-to-get materials needed to build another billion vehicles, high-rise flats, etc. have been extracted. While the faithful await new technological miracles that will keep the “growth” system expanding forever, those tasked with actually building the new techno-wonders are looking at real-world limits and costs. Read these two twitter threads for a taste of reality:

COPPER redux:I live near one of the largest copper mines on earth (Kennecott Utah Copper – KUC). I helped manage a smaller copper mine for 8 years. Observation: Wind/Solar/Battery Proponents and ESG bean-counters are completely out of touch with copper mining and production.

The logic of “growth” is to consume more materials, not less. Consider the premier consumer product globally, the automobile. We’re constantly told the value of advancements in safety and comfort are the drivers of higher vehicle prices, but the reality is the advances that mattered occurred in the 1970s. Since then, vehicles have become much larger and heavier, consuming more resources for marginal gains.

My 1977 Honda Accord (built 45 years ago) was a considerably different vehicle from the 1962 Dodge Dart my Mom drove. It had far better fuel efficiency, far more power per cubic inch of engine displacement, and was far safer and more comfortable. The same can be said for the modest-sized 4-cylinder Toyota pickups we drove for work.

The modern versions of this car and truck are far larger, heavier and consume far more resources than previous models. If we scrape away the marketing mind-tricks we would conclude the 45-year old vehicles were far more environmentally sound than the bloated modern versions, and the supposed advances (rear cameras, bluetooth sound systems, etc.) are either marginal or annoyances.

I looked through a Toyota Prius manual a few years ago. The majority of the thick book addressed the convoluted, complex sound system. Issues such as why the starter battery went dead if the car wasn’t used constantly were unaddressed.

Electric vehicles and hybrids use far more of the planet’s resources than simple ICE (internal combustion engines) vehicles, and they don’t last as long as their heavy, costly batteries must be replaced long before the basic ICE vehicle reaches the end of its useful life. Only an inconsequential percentage of lithium-ion batteries are recycled, and regardless of rah-rah marketing claims to the contrary, this isn’t going to change.

The environmentally sound approach would be to make vehicles that were radically lighter, less powerful, more efficient and slower, vehicles that would get the equivalent of 200 miles per gallon of fuel (or electrical charge) and last 20 years without major overhauls, battery replacements, etc.

But the logic of marketing and debt expansion demands bigger, heavier, more complex, and more costly everything, and the replacement of everything sooner rather than later. Only if we consume and squander more real-world resources can we continue running the marketing / planned obsolescence / expanding debt machine toward the goal of infinite “growth.”

Marketing and debt are not substitutes for real-world limits. A great many people are enamored of techno-promises of limitless energy, etc., but they don’t look at the vast material consumption needed to build and maintain techno-wonders such as fusion reactors (incomprehensibly complex), nuclear reactors (huge, complex plants that take years to build) or the mining operations needed to dig up and process all the copper, uranium, bauxite, etc. that all these techno-wonders require in the real world.

We’ve reached the end of the “growth” road in which the expansion of marketing and debt magically increase the materials we can consume. Debt and marketing have their own limits, and our reliance on them has generated second-order effects few understand.

The road ends, and the trail beyond is narrow, rough and unmarked. Those who are deaf to marketing and debt and attuned to self-reliance will do just fine. Everyone caught by surprise that the infinite road actually has an end will face a bewildering transition. 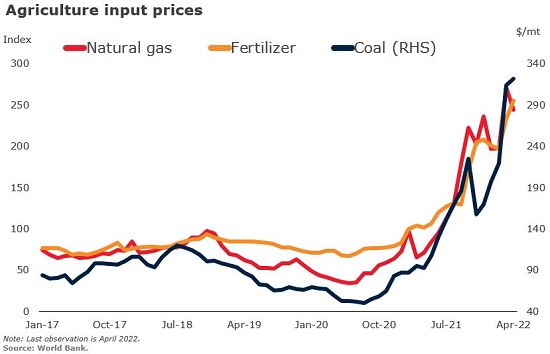 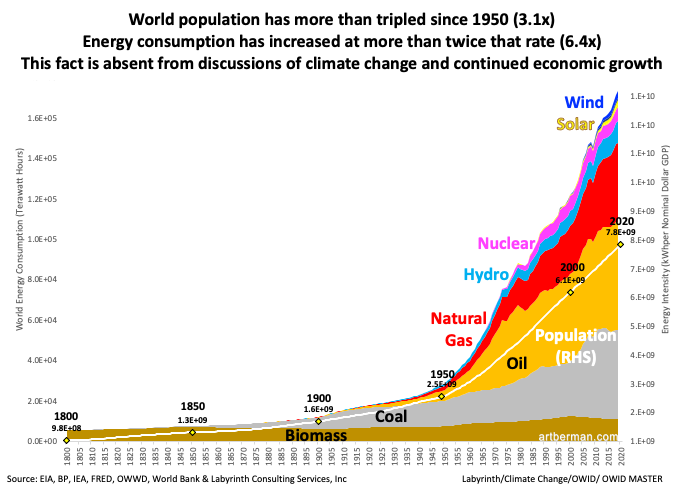 One thought on “CROSSROADS: ‘Infinite Expansion’, The End Of The Growth Road – By Charles Hugh Smith”