The Evil Twins Of Transhumanism And Technocracy 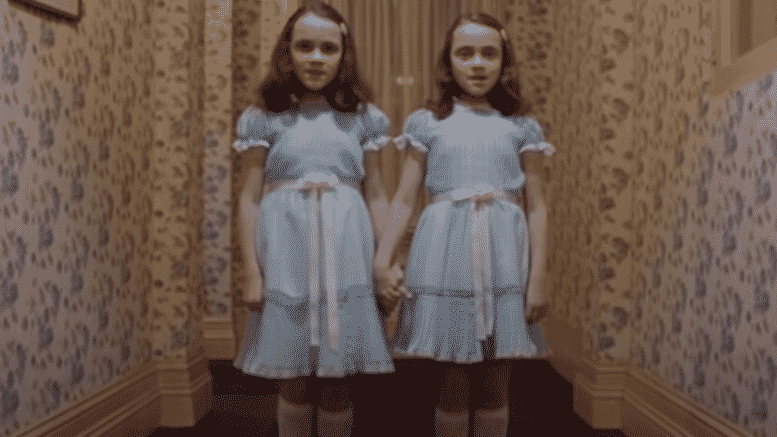 The dots between Technocracy and Transhumanism are easily connected once its understood that both sit atop the pseudo-science religion of Scientism, which posits that science is god and scientists and engineers are its priesthood. This article provides the current framework to understand this nexus. ⁃ TN Editor

Both are underpinned by a religious belief known as Scientism that says that science is a god and that scientists, engineers and technologists are the priesthood that translates findings into practice.

It is a fatal error to equate Scientism with science. True science explores the natural world using the time-tested scientific method of repeated experimentation and validation. By comparison, Scientism is a speculative, metaphysical worldview about the nature and reality of the universe and man’s relation to it.

Scientism refutes traditional religious views, morals and philosophy and instead looks to science as the source for personal and societal moral value.

The relationship between Technocracy and Transhumanism can be seen as early as 1933 when Harold Loeb wrote Life in a Technocracy: What It Might Be Like:

“Technocracy envisages another form of domestication, a form in which man may become more than man… Technocracy is designed to develop the so-called higher faculties in every man and not to make each man resigned to the lot into which he may be born… Through breeding with specific individuals for specific purposes… A technocracy, then, should in time produce a race of men superior in quality to any now known on earth…”

Thus, Loeb saw Technocracy (the society) as producing a superior quality of man by applying advanced technology to the human condition.

The Nature Of Technocracy

Formalized in 1932 by scientists and engineers at Columbia University, the movement defined itself in a 1938 edition of its magazine, The Technocrat:

“Technocracy is the science of social engineering, the scientific operation of the entire social mechanism to produce and distribute goods and services to the entire population… For the first time in human history it will be done as a scientific, technical, engineering problem.”

Indeed, Technocracy was an economic system based on science and social engineering. Technocrats were so certain that their scientific approach was so righteous that there would be no need for any political structures whatsoever:

“There will be no place for Politics, Politicians, Finance or Financiers, Rackets or Racketeers… Technocracy will distribute by means of a certificate of distribution available to every citizen from birth to death.”

The Nature Of Transhumanism

A philosophical mainstay of modern Transhumanism, Max More, defined it in 1990 as:

“…a class of philosophies of life that seek the continuation and acceleration of the evolution of intelligent life beyond its currently human form and human limitations by means of science and technology, guided by life-promoting principles and values.”

The means to the end is ultimately genetic engineering that takes over and speeds up evolution theory to create humanity 2.0.

Since the advent of CRISPR gene-editing technology, Transhumans have saturated universities and private corporations to modify all categories of living things, including humans.

What is preached as the preservation of biodiversity by the United Nations is really the takeover of genetic material, which was noted as early as 1994, just two years after the debut of Sustainable Development and Agenda 21 at the UN Conference on Economic Development (UNCED) in Rio de Janiero, Brazil.

The 1994 book, The Earth Brokers, was written by two principal participants in the Rio process who did not blindly swallow what had just happened. They noted two things about the biodiversity convention that 156 nations of the world adopted:

“The convention implicitly equates the diversity of life – animals and plants – to the diversity of genetic codes, for which read genetic resources. By doing so, diversity becomes something modern science can manipulate… the convention promotes biotechnology as being ‘essential for the conservation and sustainable use of biodiversity.’”

Secondly, they noted that “the main stake raised by the biodiversity convention is the issue of ownership and control over biological diversity… the major concern was protection of the pharmaceutical and emerging biological industries.”

It is little wonder today that the pharmaceutical industry is producing gene therapy shots using genetically modified RNA to transform the body’s immune system. They have been working hard since 1992 to advance the technology needed to hijack the human genome and begin the transformative pathway to Humanity 2.0.

However, it is Technocracy that has used its “science of social engineering” techniques to manipulate twenty-two percent of the world’s population into willingly accepting the transhumans’ gene altering injections.

The Great Reset Embraces Both Technocracy and Transhumanism

It has been noted in many professional journals that the World Economic Forum and its founder/spokesman Klaus Schwab, are promoting both Technocracy and Transhumanism at the same time. In light of this article, this should not be surprising.

The European Academy on Religion and Society (EARS), for instance, wrote that:

“…the highly influential members of the World Economic Forum have a plan for what should come next. It is called ‘The Great Reset’, and it envisions a truly ‘transhumanist’ future for us all… Since mid-2020, the WEF has been promoting its vision for our post-coronavirus future, which they call ‘The Great Reset’. In their view, the pandemic has exposed the weaknesses of our old system, and therefore presents a perfect opportunity to ‘reset’ our world and start anew. What is striking about this plan, which the WEF has condensed into a virus-shaped mindmap, is its implicit endorsement of a philosophy called ‘transhumanism’. (emphasis added)

In conclusion, the evil twins of Technocracy and Transhumanism, along with their underlying religion of Scientism, need to be recognized for what they are but most importantly, they must be resisted and rejected with every fiber of our being.

One thought on “BRAVE NEW WORLD: ‘The Scientism Priesthood’, The Evil Twins Of Transhumanism & Technocracy – By Patrick Wood”