– “…Her first published article in Paul Krassner’s The Realist was actually financed by John Lennon. And Frank Zappa once gave her a computer for filing and cross-indexing her research (but she never used it). There were times when death threats drove Mae off the air: once by Charles Manson family member Sandra Good in September 1975. Sometimes Mae resorted to recording her shows at home on her small cassette tape recorder and privately mailed out copies to her subscribers:

Mae Brussell – The Reagan/Bush White House Was At War With One Another – The Following Morning President Reagan Was Shot in Washington D.C. 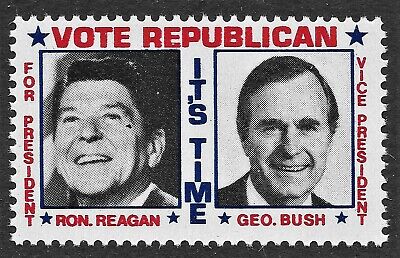 Mae Brussell, a gutsy, no-holds-barred, investigative radio host, who was acutely interested in Conspiracies and UFOlogy, died in 1988 of a fast-acting cancer – just as did Ann Livingston and Karla Turner.

By the time President Kennedy was assassinated in 1963 Mae was married with five kids and living in Southern California. Like many Americans, she wasn’t convinced that Lee Harvey Oswald had acted alone in the assassination, so she bought the 26-volume Warren Commission Hearings and began reading, filing, and cross-indexing. With the massive addition of books, articles, and government documents, Mae not only found connections to the CIA and Germany, but began to see relationships to many other current and past events throughout the world.

Mae began to realize that the international terrorist network that made up the Axis powers during World War II had effectively gone underground and continued their worldwide fascist campaign even before the War had officially ended; As one country after another changed hands, Mae recognized many of the same familiar names, methods, and tactics that were used to swallow up Germany in the 1920s and 1930s.

Unfortunately this growing list of countries does not exclude the United States; Most anything Americana is being infiltrated, raped, murdered, infected, poisoned, or deregulated. As Mae stated at the University of California in Santa Cruz: “What is happening to us is a classical case of totally destroying us. And by the same people who’ve been at the top doing it since World War Two.”

In May of 1971, after seven years of research and now living in Carmel, California, Mae appeared as a guest on KLRB, a local FM radio station independently owned by Mr. and Mrs. Bob and Gloria Baron. Mae discussed her views on political assassinations and the New York Times release of the Pentagon Papers. The response was so good she became a regular weekly guest and before too long had her own show Dialogue: Conspiracy. (She later changed the name to World Watchers International hoping it would spread like Weight Watchers did.) Almost every week for seventeen years Mae shared with her audience her voluminous daily research in her rapid-fire, no-holds-barred style.

• On May 29, 1968 Mae confronted Rose Kennedy at the Monterey Peninsula Airport and handed her what she said was a poem, but actually a note telling her Robert Kennedy would soon be assassinated. A week later Senator Kennedy was shot to death at The Ambassador Hotel in Los Angeles.

• A month before Ted Kennedy’s Chappaquiddick incident Mae warned his office of “the nest of rattlesnakes” that surrounded him and his upcoming bid for the White House.

• Two weeks before the SLA kidnapped Patty Hearst she told a Syracuse University audience that the SLA shooting of black school superintendent Marcus Foster was just the beginning of what would be terror and psychological sabotage in the same vein Germany had been subjected to in the 1930s.

• In August 1977 (broadcast #282) Mae discussed Jim Jones and the Peoples Temple move to Guyana. She speculated that this might be a training camp for assassination teams – this was more than a year before 913 members of the church were massacred.

• Mae’s most shocking crystal ball research was probably her March 29, 1981 evening broadcast when she spent much of the hour listing the reasons she believed the Reagan White House were at war with one another and asked who will kill off their team members first. The following morning President Reagan was shot in Washington D.C.

In addition to Mae’s close friends and weekly listeners, she corresponded and networked with such people as Jim Garrison, Col. L. Fletcher Prouty, and Larry Flynt. Her first published article in Paul Krassner’s The Realist was actually financed by John Lennon. And Frank Zappa once gave her a computer for filing and cross-indexing her research (but she never used it). 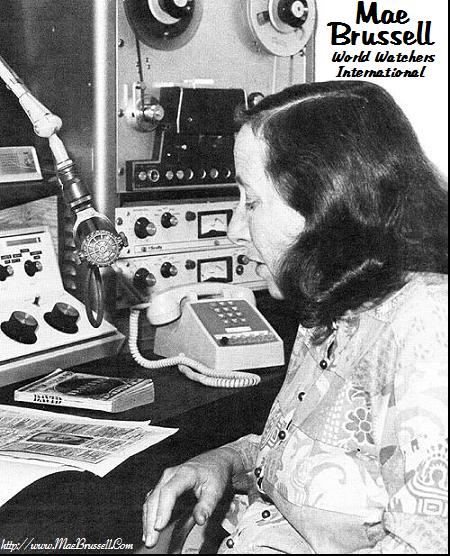 There were times when death threats drove Mae off the air: once by Charles Manson family member Sandra Good in September 1975. Sometimes Mae resorted to recording her shows at home on her small cassette tape recorder and privately mailed out copies to her subscribers.

Many of the articles Mae wrote tackled subjects that to this day remain unparalleled by anyone in the United States. The epitome of Mae’s journalism “The Nazi Connection to the John F. Kennedy Assassination” appeared in Larry Flynt’s premier issue of The Rebel magazine in November 1983.

Her countless list of German and White Russian fascist fingerprints to President Kennedy’s assassination reached its peak in May of 1988 when she discovered the name “Adolf H. Schicklgruber” handwritten in Marina Oswald’s notebook of poetry in the Warren Commission exhibits.

In 1983 Mae’s show was picked up by listener-sponsored KAZU FM in nearby Pacific Grove. Five years later she was forced off the air, for the last time, from death threats but continued sending out her weekly tapes to subscribers until June 13, 1988 (tape #862).

Mae died of cancer on October 3rd of that year. She was 66. A year before she died, at dinner one night in her house, she pulled up the blind and pointed out the house across the cul-de-sac she lived on. “The CIA bought that house several months ago,” she said, “and they have been observing me.” The house across the street burned down the night she died.

One thought on “COUP D’ETAT: Mae Brussell – President Reagan Was Shot In A Palace Coup (Flashback)”