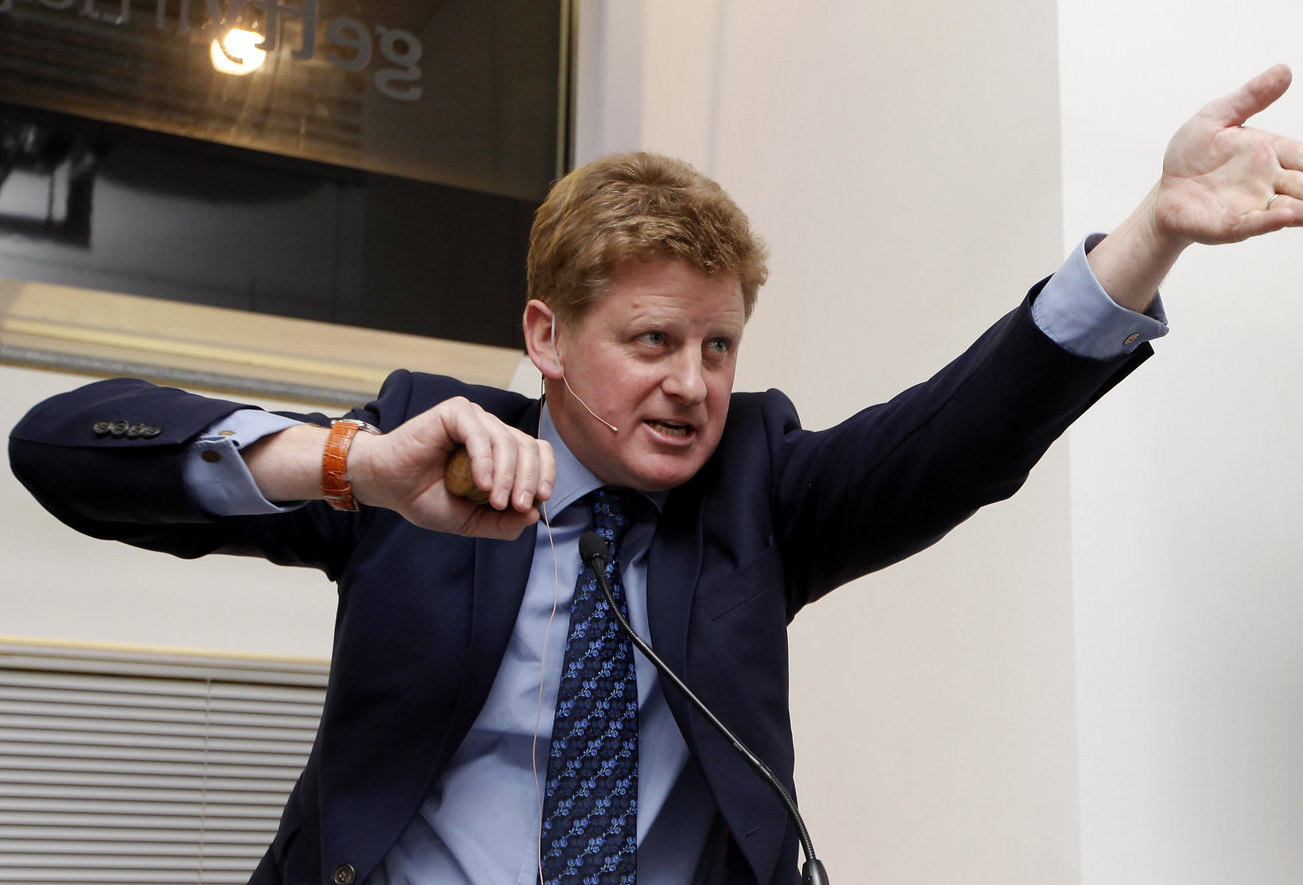 Vermeer. Velázquez. Kahlo. These names mean anything to you? They mean plenty to the world’s super rich. For the extraordinarily wealthy, the artworks of Vermeer, Velázquez and Kahlo — and the many other great painters who have so shaped how we visualize the world — have become much more than cultural touchstones worthy of admiration. For these rich and their money managers, humanity’s artistic patrimony has become an “asset class.”

An extremely lucrative asset class, as high-end art auctions this month have once again reminded us. Earlier this month, 35 masterworks from the collection of real estate developer Harry Macklowe and his former wife Linda came up for sale at Sotheby’s. Experts had earlier valued the works at some $400 million. Bidders had something else in mind. Their enthusiasm jumped the final cost of the auctioned art to a whopping $676.1 million.

Only four days earlier, at a Christie’s auction, a collection of Impressionist art that the late Texas oilman Edwin Cox had amassed went for $332 million, well above the $268 million that art experts had predicted.

This past Tuesday, another stunner: A self-portrait by the great Mexican artist Frida Kahlo set “an auction benchmark for the most expensive artwork by a Latin American artist.” The eventual auction sale price: $34.9 million. The previous record? That had been the mere $9.76 million spent three years ago on a painting by Diego Rivera, Kahlo’s one-time significant other.

These sorts of price-tags have rocketed the world of fine art into a visual space totally foreign to the lives that the vast majority of us are leading. We go about our daily existences enveloped by commercial kitsch. The super wealthy live amid visual splendor — and get to portray themselves, in the process, as selfless benefactors of fine art, guardians of our world’s finest artistic achievements. 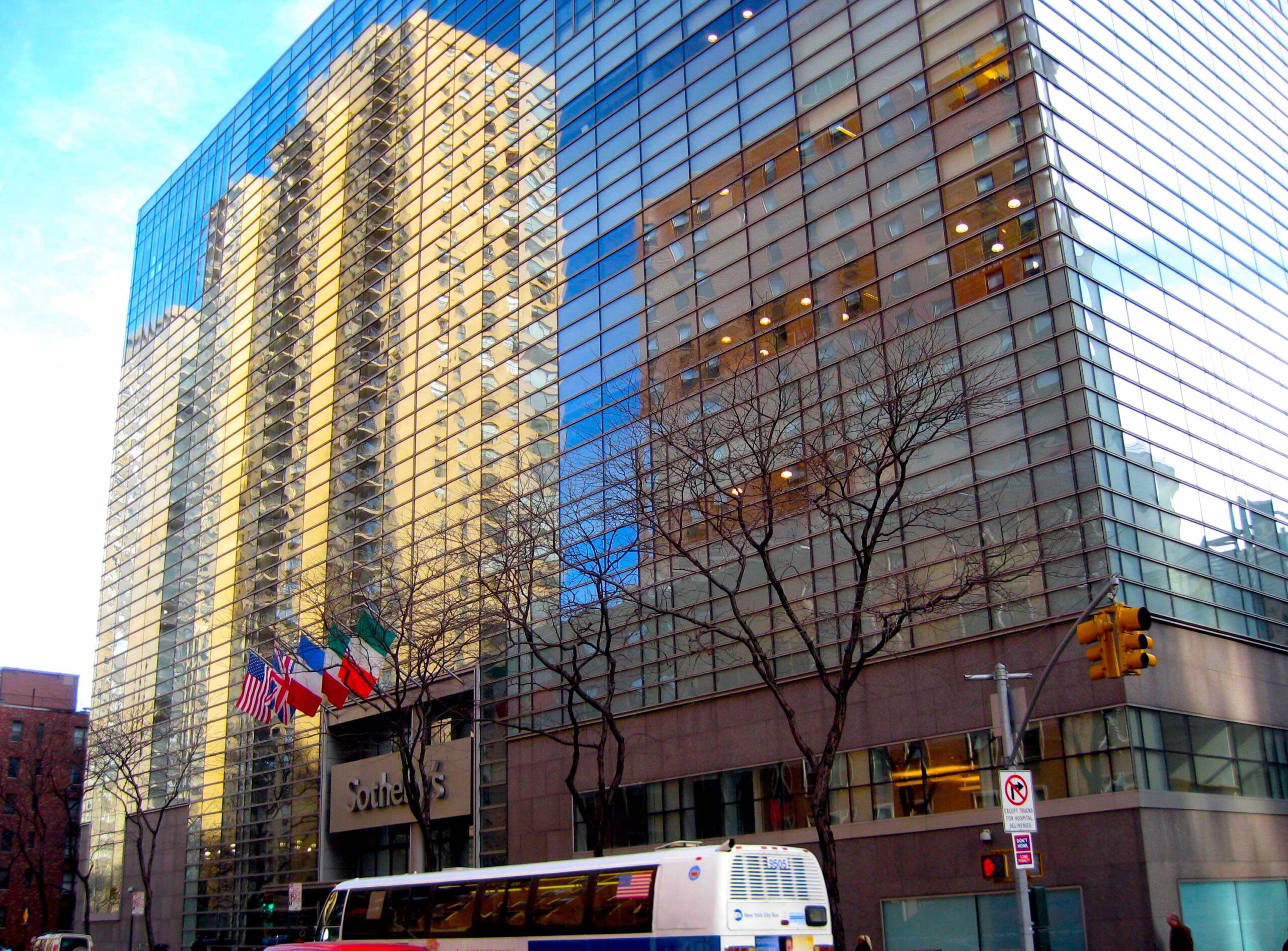 Few conventional observers today can imagine an art world without the exceedingly wealthy. Rich people dominate the governance boards of the world’s great museums. They even occasionally open up their own museums. Without their patronage, the story goes, our fine art heritage would simply wither away.

But this mega-rich-as-our-cultural-salvation narrative has everything upside down. The wealthy of the world aren’t saving art’s future. They’re choking it, shrinking both the potential audience for fine art and the pool of fine art creators.

How could that be? Let’s begin with a simple, unarguable observation: Great artists have in the past come regularly from humble backgrounds. Any society that truly valued fine art would be diligently working to identify and nurture artistic talent, wherever that talent might lie.

In the United States today, we’re doing precious little of any of that. Art education in America’s schools has been fading away on a steady decline that’s now stretched for over three decades, concludes a newly released blue-ribbon commission report from the American Academy of Arts and Sciences.

That decline has hit the nation’s most at-risk kids the hardest. Art education opportunities for “children whose parents have less than a high school education,” the American Academy’s Commission on the Arts notes, have dropped 77 percent since 1982.

In New York City, spending on art supplies and equipment dropped 84 percent between 2006 and 2013, and over 40 percent of schools in the city’s low-income areas, at the end of that time frame, didn’t have a single state-certified art teacher in them. 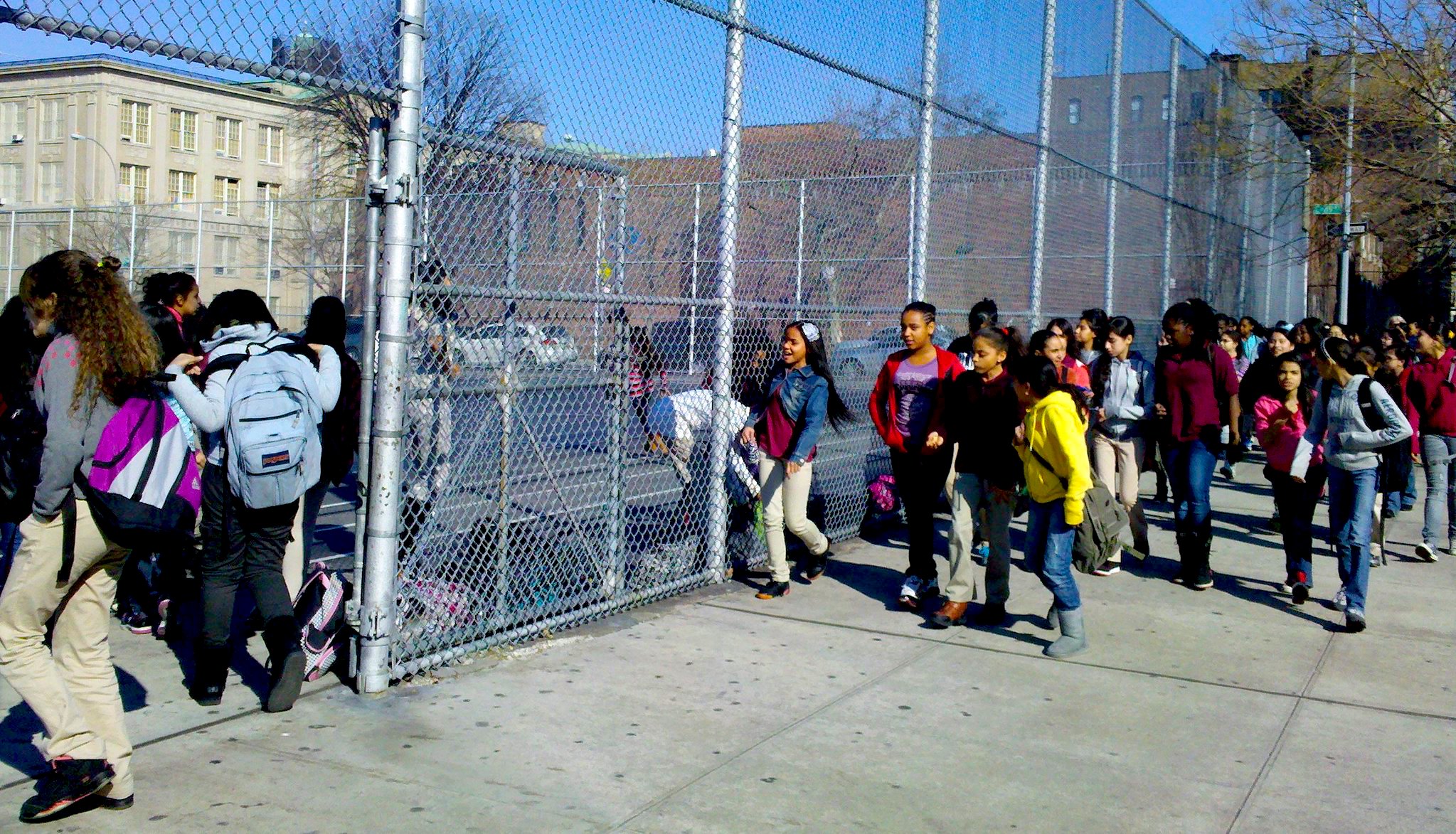 In 2017, education researcher Ryan Shaw did a deep dive into arts education in the Lansing, Michigan, schools. He found elementary schools that “offered a single music and art class once every eight weeks.”

In Lansing, Shaw points out, budget shortfalls had led to stiff staff cutbacks. Such cuts have become a somewhat chronic fixture on America’s educational scene, ever since the Reagan Revolution gave privileged public policy status to cutting taxes on America’s rich.

Some of those rich have, in turn, put chunks of their considerable tax savings into a “philanthropic” push for “charter schools and other market-based approaches to school improvement.” These moves, notes Sarah Lahm of the Independent Media Institute’s Our Schools project, have only served to squeeze local public school budgets even more. And art education has ended up among the biggest losers.

“Nothing illustrates the art-as-bullion approach to contemporary collecting habits more than the proliferation of warehouses,” notes a New York Times analysis, “where masterpieces are increasingly being tucked away by owners more interested in seeing them appreciate than hanging on walls.”

In one “free port” zone outside Switzerland’s downtown Geneva, “a compound of blocky gray and vanilla warehouses surrounded by train tracks, roads, and a barbed-wire fence” at one point housed some 1.2 million art pieces, according to a Swiss government audit. Times reporters Graham Bowley and Doreen Carvajal have described these bleak warehouses as “the kind of place where beauty goes to die.” 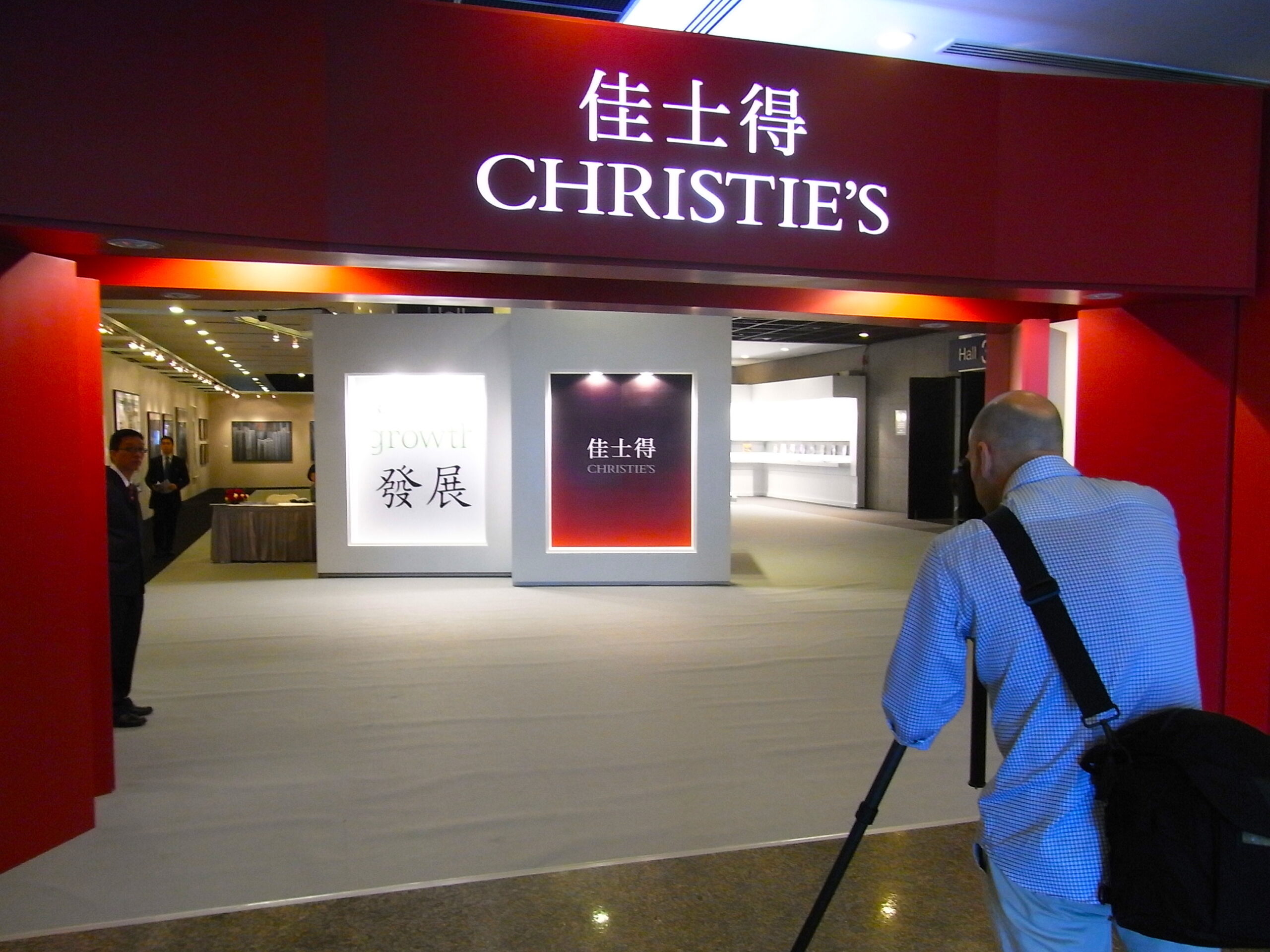 But the rich didn’t buy the artworks in those warehouses for their “beauty.” They bought them as investments with plenty of “appreciation” upside. And artworks can “appreciate” quite nicely behind the fire-resistant walls and climate-controlled environments of the world’s fine art warehouses.

And what about those art museums where fine art, at least in theory, remains accessible to rich and poor alike? That accessibility has shrunk mightily as museums throughout the United States have deep-sized their longstanding free admission policies. By 2018, Art News calculates, only a third of the nation’s 240 major art museums were offering no-charge access.

Among the admission-fee chargers: New York City’s world-renowned Metropolitan Museum of Art. In years gone by, the artist Charles Petersen has noted, the Met and other institutions that defined New York “hoped to lead the world” not just in the ambition of their programs and holdings but in how much they contributed to their city’s “democratic culture.” As late as 1970, not one of the New York museums in a city-owned facility charged anyone for admission. The Met now charges as much as $25 for entry.

For billionaire Metropolitan Museum of Art trustees like David Koch, Petersen adds, the Met’s 2018 decision that made admission fees mandatory for many visitors amounted to a necessary step in their “long march” to privatize public goods. At the time of the admission move, Koch and his fellow Met trustees had a combined net worth over $500 billion.

Sam Pizzigati co-edits Inequality.org. His latest books include The Case for a Maximum Wage and The Rich Don’t Always Win: The Forgotten Triumph over Plutocracy that Created the American Middle Class, 1900-1970.  Follow him at @Too_Much_Online.