SM:…Morales Sr. suffered from the deadly disease of “knowing to much’ – which few are able to survive. Oswald was obviously working for a number of interlocking governmental agencies & sadly contacted the same fatal disease….

Ricardo Morales Sr., known as Monkey, was a sniper instructor who had worked for the FBI, CIA, DEA, Israel’s Mossad and Venezuela’s intelligence agency

JFK’s assassin Lee Harvey Oswald trained at a secret CIA camp preparing for an invasion of Cuba, the son of his alleged sniper teacher said.

But Ricardo Morales Jr said that trainer – his dad Ricardo Sr – insisted after the November 1963 assassination that there was no way Oswald had the marksmanship to pull off the murder, further bolstering conspiracy theories over the doomed president’s death.

Morales Jr., 58, of Michigan, told Miami’s Actualidad Radio that his father was a contract CIA worker, anti-Castro militant, counter-intelligence chief for Venezuela, FBI informant and drug dealer. Morales Sr went by the nickname ‘Monkey’, and was among the FBI’s most infamous informants.

Morales Jr. also recalled the moment when his family, who lived in Miami, learned of President John F. Kennedy’s November 1963 assassination, and his father’s shock when he allegedly recognized Oswald as one of his sniper trainees.

‘When he saw the photo of Lee Harvey Oswald [after the assassination] he realized that this was the same character he had seen on the CIA training field,’ Morales Jr. said.

‘He saw him, he saw the name tag, but he did not know him because he was not famous yet, but later when my father sees him he realizes that he is the same person.’ 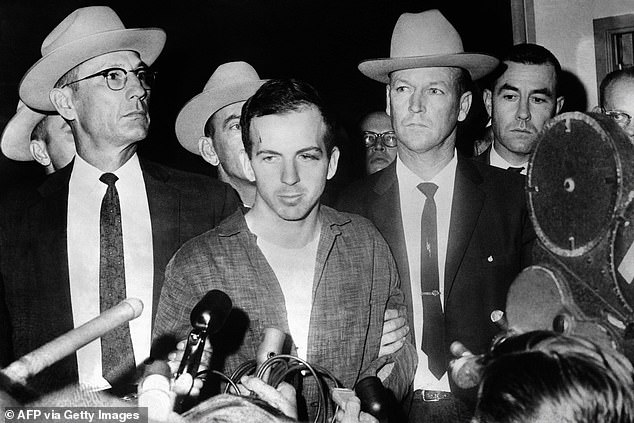 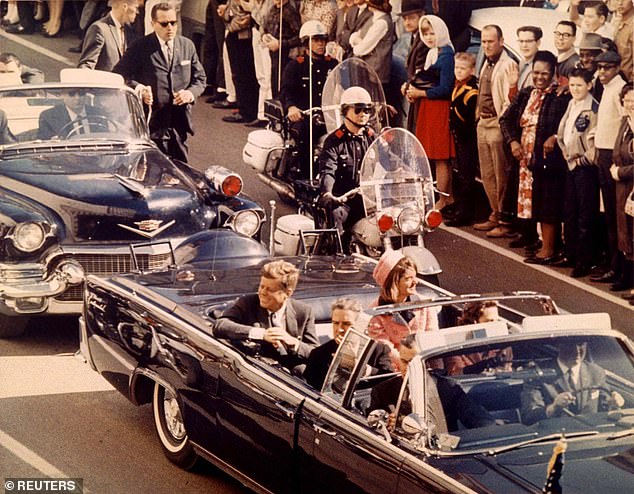 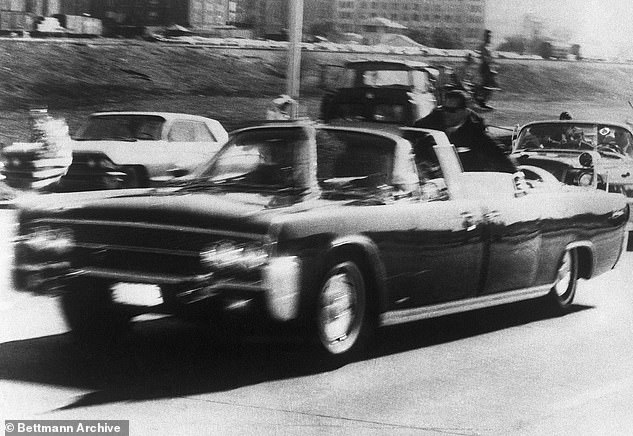 Pictured: The car carrying President John F. Kennedy rushes to the nearest hospital after he was shot in Dallas in 1963, amid new claims stoking conspiracy theories that Lee Harvey Oswald didn’t kill the former president

He added that his father did not believe that Oswald, a former marine, could actually be the killer, ‘because he has witnessed him shooting at a training camp and he said there is no way that guy could shoot that well,’ Morales Jr. told the Miami Herald.

Further muddying the waters, Morales Jr. noted that his father had left for Dallas two days before the assassination for a mission with a ‘clean-up’ team. Morales Sr later returned without ever knowing what the planned mission was, since it was cancelled due to the assassination, it is claimed.

The informant hinted at part of a wider plot when questioned by his sons about who killed Kennedy, telling them: ‘I didn’t do it but I was in Dallas two days before waiting for orders. We were the cleaning crew just in case something bad had to be done.’ After the assassination, they did not have to do anything and returned to Miami.’

Oswald was famously shot and killed by Texas businessman Jack Ruby two days after Kennedy’s assassination, fueling speculation that he wasn’t the real killer, and that the president had been eliminated by a powerful and shadowy cabal with government help. 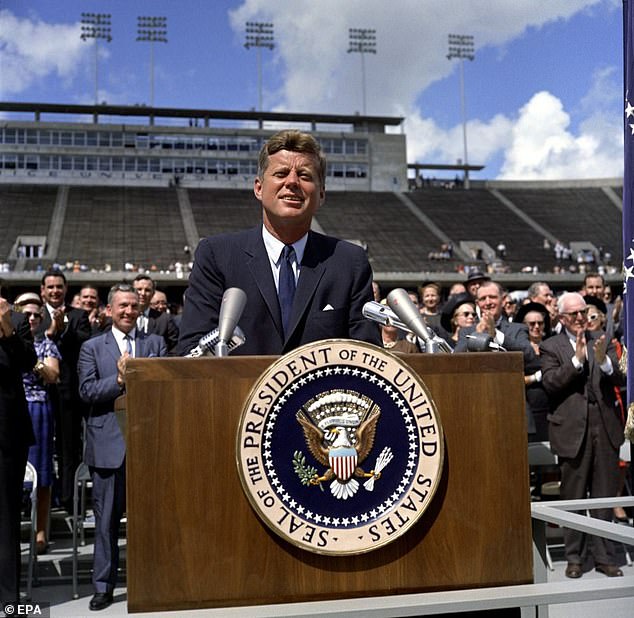 Hundreds of conspiracy theories are centered over the death of President John F. Kennedy 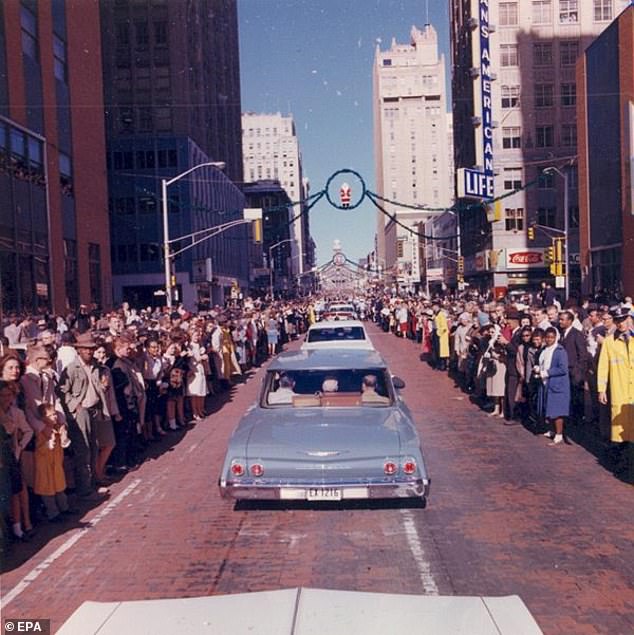 Kennedy was shot while out on a motorcade in Dallas, Texas. That motorcade is pictured moments before the fatal shooting took place

He said he had not shared his father’s story before because his family had been afraid of dealing with the repercussions of Morales Sr.’s alleged actions and that no one would believe him after so much time has passed.

The claims would add a new saga in the complicated story of Morales Sr., a man used to playing both sides as he completed classified missions for the US government as an anti-Castro agent while also trafficking drugs across the world.

Morales Sr., dubbed Monkey Morales, had served as an intelligence officer for Fidel Castro’s during the 1953 Cuban revolution, but was later exiled and went to work for the CIA and FBI.

He would also go on to work for the Drug Enforcement Administration, Israel’s Mossad and Venezuela’s intelligence agency in the 1960s and 70s.

According to declassified CIA documents, Morales Sr. was terminated from the CIA as a contract worker in 1964 after a mission in the Congo because he was ‘too wise.’

He has been linked to drug trafficking’s in Latin America, mid-air bombing in Barbados that killed 73, and even to a plot to assassination Secretary of State Henry Kissinger in 1976. 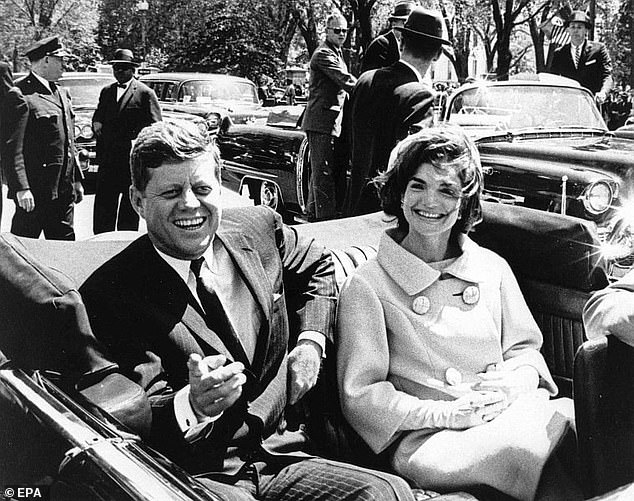 JFK, pictured with his wife Jacqueline Kennedy, were parading in Dallas when he was shot 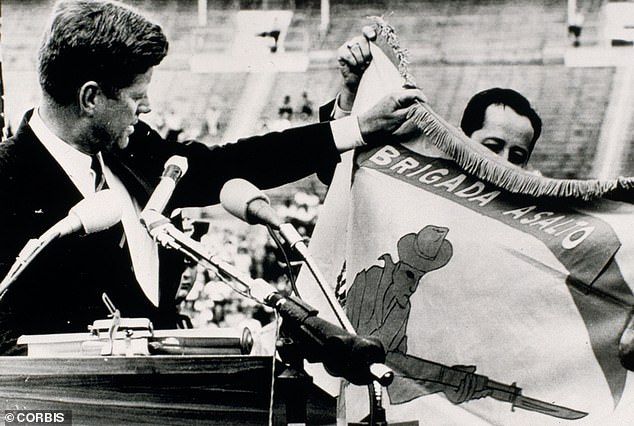 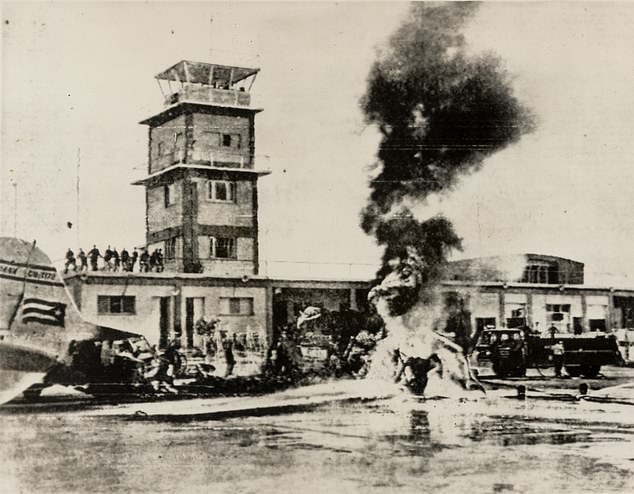 Others, however, claim that Kennedy was killed by anti-Castro militants over his lack of support during the failed Bay of Pigs invasion, pictured

Monkey’s alleged involvement in the JFK assassination meshes well with popular conspiracy theories of the presidential killing, Democratic pollster Fernand Amandi, who has extensively researched the case, told the Herald.

While Oswald was charged for Kenney’s murder, some believe the president was killed by the CIA or by Cuban militants who felt betrayed by Kennedy after he pulled US support from the botched Bay of Pigs invasion to usurp Castro.

As the theory goes, anti-Castro Cuban exiles met with Oswald in Dallas to plan the killing as a means to push America to invade Cuba and reject Kennedy’s treaty with the Soviet Union to keep US troops out of the island nation following the Cuban Missile Crisis.

Another theory claims that Kennedy was actually killed by the Cuban government, who retaliated against the US following previous CIA attempts to assassinate Castro.

Castro himself had denied the theory, saying Cuba would have suffered severe retaliation by the US.

Yet another conspiracy theory alleges that the assassination was orchestrated by the CIA and Chicago mafia boss Sam Giancana to frame Castro as revenge after the communist leader’s ousted organized crime from Cuba.

Some conspiracy theorists even believe President Lyndon B. Johnson to be behind the killing in order for him to rise from vice president to president.

The theories were given prominence when a 10-month investigation led by then-Supreme Court chief justice Earl Warren concluded that Oswald acted alone when he fired on Kennedy’s motorcade, but was later criticized by the House Select Committee on Assassinations, who believed there was a high probability of a second gunman. 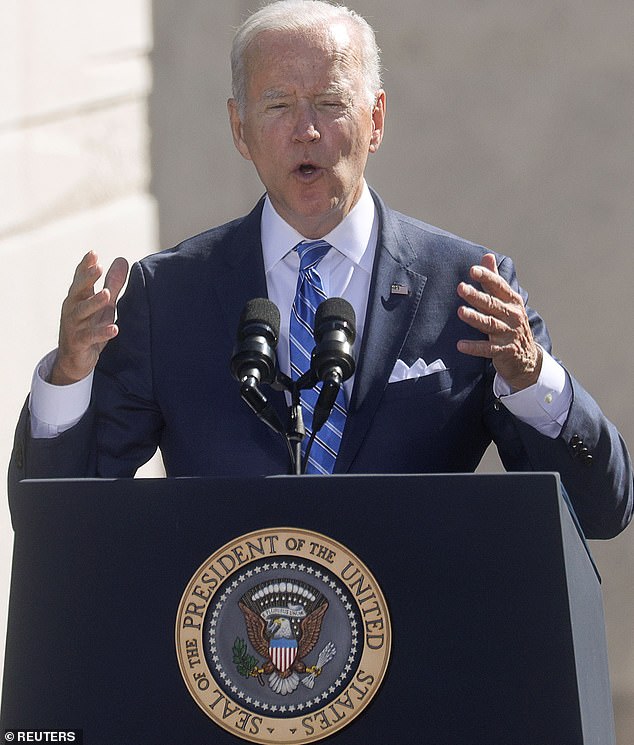 President Joe Biden, pictured, wrote in a statement that ‘an interim release’ of the remaining classified files ‘shall be withheld from full public disclosure’ until ‘later this year’ 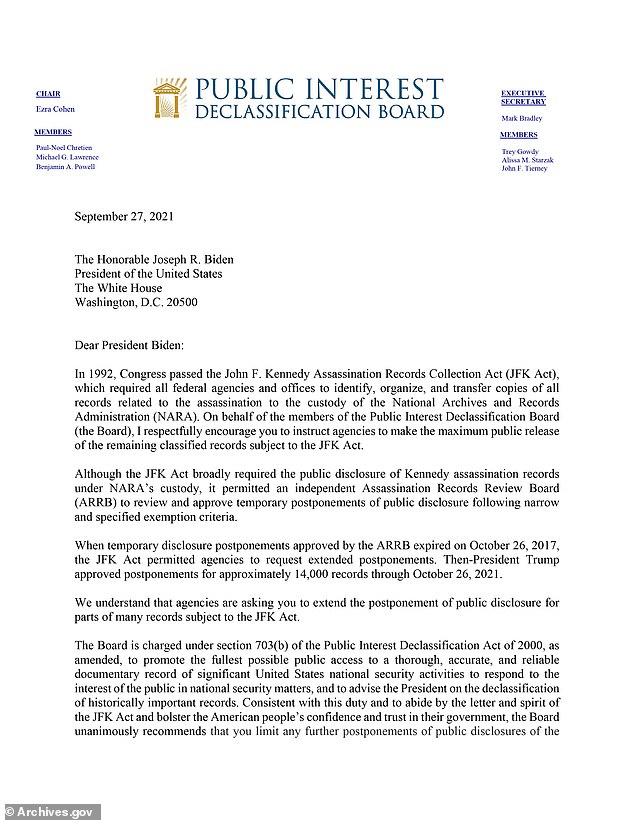 Pictured: a memo from the White House to the Public Interest Declassification Board, where the president makes the case for the delay of the remaining JFK assassination files

President Joe Biden wrote in a statement last week that ‘an interim release’ of the remaining classified files ‘shall be withheld from full public disclosure’ until ‘later this year.’

A second batch of records will be released to the public in a ‘more comprehensive release’ in a little over a year on December 15, 2022, the memo announced.

Peter Kornbluh, a Cuba analyst at the National Security Archive in Washington, D.C., told the Herald that Biden needed to release the documents and help put an end to ‘the speculation, conjecture and conspiracy theories that have flourished because of the secrecy surrounding these documents.’