Foreign policy aims at preventing conflicts with neighbors and developing their peaceful relations. However, Westerners have abandoned this objective to adopt the promotion of their collective interests to the detriment of other actors. 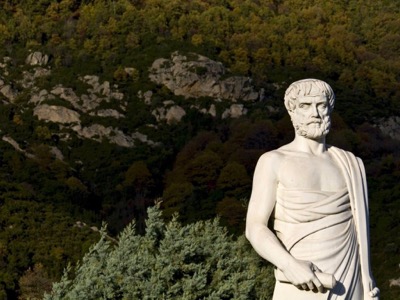 The philosopher Aristotle trained the emperor Alexander the Great to respect the cultures and leaders of the conquered countries. His empire, so particular, never exploited its subjects.

Each century of international relations is marked by the initiatives of a few exceptional men. Their approach to their countries’ foreign relations is based on common principles.

Let us take as recent examples the cases of the Indian Jawaharlal Nehru, the Egyptian Gamal Abdel Nasser, the Indonesian Soekarno, the Chinese Zhou Enlai, the French Charles De Gaulle, the Venezuelan Hugo Chávez, and today the Russian Vladimir Putin or the Syrian Bashar al-Assad.

The term “geopolitics” was created at the end of the 19th century by the German Friedrich Ratzel. He also invented the concept of “vital space” dear to the Nazis. According to him, it was legitimate to divide the world into large empires, including Europe and the Middle East under German domination.

Later, the American Alfred Mahan dreamed of a geopolitics based on the control of the seas. He influenced President Theodore Roosevelt, who launched the United States into a policy of conquering the straits and transoceanic channels.

The British Halford John Mackinder conceived the planet as a main land (Africa, Europe and Asia) and two large islands (the Americas and Australia). He posits that control of the main land is only possible by conquering the great plain of central Europe and western Siberia.

Finally, a fourth author, the American Nicolas Spykman, attempted a synthesis of the two previous ones. He influenced Franklin Roosevelt and the policy of containment of the Soviet Union, that is to say the Cold War. It was taken up by Zbigniew Brzezinski.

Geopolitics in the strict sense of the term is therefore not a science, but a strategy of domination.

If we go back to the examples of the great men of the XX-XXI centuries who were acclaimed not only at home, but abroad, for their foreign policy, we see that it was not linked to their military capabilities. They did not try to conquer or annex new territories, but to spread the image they had of their own country and its culture. Of course, if they also had a powerful army -and therefore the atomic bomb- like De Gaulle and Putin, they could make themselves heard better. But that was not the main thing for them.

Each of these great men also developed the culture of his country (Charles De Gaulle with Andre Malraux). It was very important for them to magnify the artistic creations of their country and to weld their people around them. Then to project their culture abroad.

In a way, this is the “Smart Power” of which the American Joseph Nye spoke. Culture is worth as much as cannon as long as you know how to use it. Why doesn’t anyone consider attacking the Vatican, which has no army? Because that would shock everyone.

States are like the men who compose them. They want peace, but they easily make war on each other. They aspire to the application of certain principles, but sometimes neglect them at home and even more with others.

When the League of Nations was created at the end of the First World War, all member states were declared equal, but the British and the Americans refused to consider all peoples as equal in law. It was their refusal that led to Japanese expansionism.

The United Nations, which replaced the League of Nations after the Second World War, endorsed the equality of peoples, but not the Anglo-Saxons in practice. Today, Westerners create intergovernmental organizations on all subjects, for example freedom of the press or the fight against cyber-crime. But they do it among themselves, excluding other cultures, notably Russian and Chinese. They create these organizations to replace the United Nations forums where all are represented.

Let there be no mistake: it is perfectly legitimate, for example, to bring together the G7 to get along with one’s friends, but it is not at all acceptable to claim to define the rules of the world economy. What’s more, by excluding the world’s largest economy, China, from the meeting.

The idea of a legal regulation of international relations was pushed by the Russian Tsar Nicholas II. It was he who convened the International Peace Conference of 1899 in The Hague (Netherlands). The French radical republicans, led by the future Nobel Peace Prize winner Léon Bourgeois, laid the foundations of international law.

The idea is simple: only principles adopted in common are acceptable, never those imposed by the strongest. These principles must reflect the diversity of humanity. Thus, international law began with tsarists and republicans, Russians and French.

However, this idea was deviated with the creation of the North Atlantic Treaty Organization (self-proclaimed “sole legitimate decision-making center”), then with the Warsaw Pact. These two alliances (Nato from its creation, the Pact from the Brezhnev doctrine onwards) were nothing more than “collective defense arrangements intended to serve the particular interests of the great powers”. In this sense, they formally contravene the UN Charter. Hence the Bandung Conference (1955) during which the non-aligned countries reaffirmed the Hague principles.

This problem is resurfacing today, not because there is a new movement to escape the Cold War, but because the West wants to return to a Cold War against Russia and China this time.

Systematically, in all their final communiqués, the summits of the Western powers no longer refer to international law, but to “rules”, never explicitly stated. These rules, which are contrary to law, are enacted a posteriori as often as necessary by the West. They then speak of “effective multilateralism”, that is to say, in practice, of violation of the democratic principles of the UN.

The West claims that every country must respect the equality of its inhabitants in law, but it is fiercely opposed to equality between states.

The West, self-proclaimed as the “camp of liberal democracy” and the “international community,” accuses all those who resist them of being “authoritarian nationalists.

This leads to artificial distinctions and grotesque amalgams with the sole aim of legitimizing imperialism. So why oppose democracy and nationalism? Indeed, democracy can only exist within a national framework. And why associate nationalism and authoritarianism? If not to discredit nations.

None of the great leaders I mentioned was American or a follower. That is the key.Thierry Meyssan