Cuba’s Vaccine & the Five Monopolies That Rule the World

Trends suggest that many countries will not see significant enough numbers of their population vaccinated before 2023, writes Vijay Prashad.

In 1869, at the age of 15, José Martí and his young friends published a magazine in Cuba called La Patria Libre (The Free Homeland), which adopted a strong position against Spanish imperialism. The first and only issue of the magazine carried Martí’s poem, “Abdala.” The poem is about a young man, Abdala, who goes off to fight against all odds to free his native land, which Martí calls Nubia. “Neither laurels nor crowns are needed for those who breathe courage,” Martí wrote. “Let us run to the fight … to war, valiant ones.” And in the rousing address by Abdala, comes these lyrical words:

Let the warlike valour of our souls
Serve you, my homeland, as a shield.

Martí was arrested and sentenced to six years of hard labor. Eventually, the Spanish imperial government sent the young Cuban into exile in 1871. He spent this time — much of it in New York — writing patriotic poems, producing political essays and commentary, and organizing the resistance to Spanish imperialism. He returned home in 1895, only to be killed shortly afterwards in a skirmish, his legacy cemented in the war against the Spanish in 1898 and in the Cuban Revolution that began in 1959.

The lines from Martí about the “warlike valour” serving as the country’s “shield” form the basis for the name of the new Cuban vaccine, Abdala. This vaccine, the fifth to be produced in Cuba, was developed by the Centre for Genetic Engineering and Biotechnology (CIGB) in Havana.

In announcing the results of their trials, BioCubaFarma, the country’s leading biotechnology and pharmaceutical institution, noted that it had an efficacy rate of 92.28 percent, almost as high as the efficacy rate of the vaccines by Pfizer (95 percent) and Moderna (94.1 percent). The vaccine is administered in three doses, each given with a two-week gap.

The Cuban authorities plan to vaccinate three quarters of the population by September. Already, more than 2.23 million vaccines have been administered to the 11 million Cubans on the island, 1.346 million people have been vaccinated with at least one dose, 770,390 with the second dose, and 148,738 with the third dose.

Cuba has already planned to export its vaccines to countries around the world and has now produced five vaccine candidates, including Soberana 02 and the needle-free intranasal vaccine, Mambisa. The latter, which holds great promise for vaccine administration in low-resource countries, is named after guerrilla soldiers who fought in the Ten Year War (1868-1878) for independence from Spain.

Each of these vaccines has been developed under conditions of duress imposed by the illegal U.S. blockade. Since 1992, the UN General Assembly has voted annually against the U.S. blockade, except for 2020, when, due to the pandemic, there was no vote.

On June 23, 184 member states of the United Nations again voted to end this blockade. In the context of the coronavirus pandemic, Cuba’s foreign minister, Bruno Rodríguez Parrilla, said, “Like the virus, the blockade asphyxiates and kills. It must stop.”

One of the casualties of the blockade has been Cuba’s inability to buy ventilators to treat critically ill patients, since the two Swiss companies (IMT Medical AG and Acutronic) who made them were purchased by a U.S. company (Vyaire Medical, Inc.) in April 2020. Cuba has now developed its own ventilator in response.

At the same time, Cuba suffers from a shortage of syringes. Syringe manufacturers are entangled in one way or another with the U.S. pharmaceutical industry. Terumo (Japan) and Nipro (Japan) have operations in the United States, while B. Braun Melsungen AG (Germany) is in a partnership with Concordance Healthcare Solutions (U.S.). An Indian syringe firm, Hindustan Syringes & Medical Devices Ltd., is linked to Envigo (U.S.), which brings U.S. government scrutiny to the Indian firm. In an act of concrete solidarity, a campaign is underway to raise funds towards the purchase of syringes for Cuba. 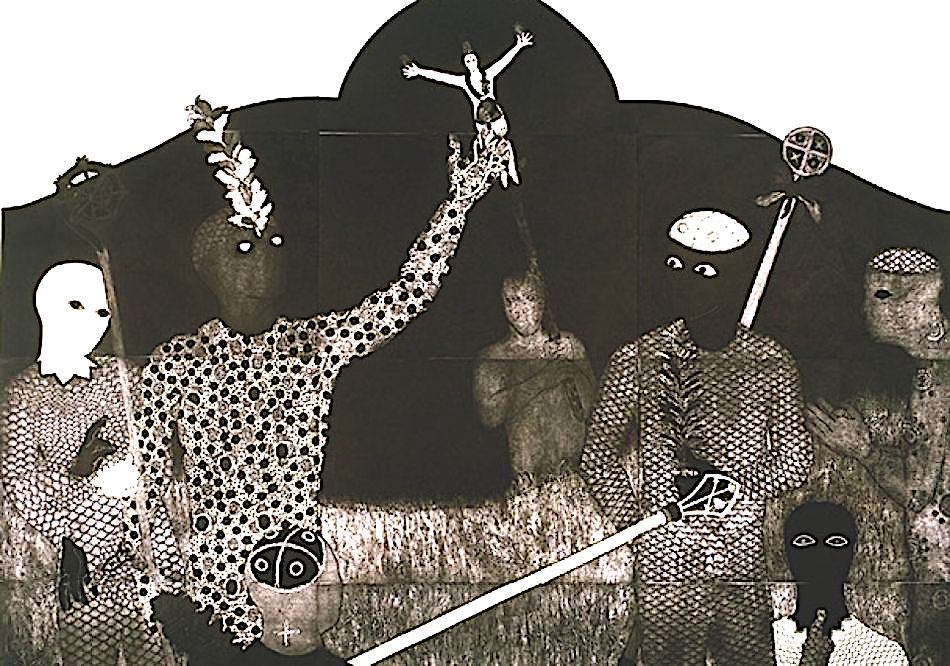 The Our World in Data project calculates that, as of June 29, just over 3 billion doses have been administered worldwide, which amount to less than 1 billion people out of the 7.7 billion in the world who have been vaccinated. Just over 23 percent of the world population has had their first vaccine shot. But the data shows that vaccination drives have been predictably uneven. In low-income countries, only 0.9 percent of the population has received at least one dose of the vaccine. In April 2021, WHO chief Tedros Adhanom Gheybreysus said,

“There remains a shocking imbalance in the global distribution of vaccines. On average in high-income countries, almost 1-in-4 people has received a vaccine. In low-income countries, it’s 1-in- 500. Let me repeat that: 1-in-4 versus 1-in-500.”

By May 2021, Ghebreyesus said that the world was in a situation of “vaccine apartheid,”

In February 2021, in one of our newsletters, Tricontinental: Institute of Social Research noted that we lived in a time of “three apartheids.” These apartheids include that of food, money and medicine.

At the heart of the medical apartheid is vaccine nationalism, vaccine hoarding, and, as Ghebreyesus put it, vaccine apartheid. Matters are quite grave. The COVAX vaccine alliance has seen vaccines move out of its reach both because of bilateral deals being made between the richer countries and the vaccine makers and because of the lack of financial support from the richer states to the poorer ones. The trends show that many countries will not see significant enough numbers of their population vaccinated before 2023, “if it happens at all,” says the Economist Intelligence Unit.

What is the cause of these three apartheids? The control that a handful of companies exercise over the global economy, driven by five types of monopolies, as our friend, the late Samir Amin, laid out:

We are looking closely at this list and the relationship between each of these elements, analyzing it to see if anything has been left out. Amin argued that it is not the lack of industrialization alone that impacts the subordination of countries; what has kept the world in a situation of great inequality, he suggested, were these five monopolies. After all, many countries in the world have developed industries over the past 50 years but remain unable to advance the social agenda of their populations.

Central to the discussion about vaccine apartheid are at least two of these monopolies: the monopoly over finance and the monopoly over science and technology. A lack of finances in hand draws many of the world’s states to the International Monetary Fund (IMF), to various public investors (the Paris Club), or to commercial capital (the London Club). These financiers take their lead from the IMF, which has demanded that countries cut back on several crucial areas of human life — education and health care, for instance.

Cutting funds for education drains countries’ potential to develop sufficient numbers of scientists as well as the scientific temper necessary to create essential technologies such as vaccine candidates. Cutting funds for health care systems and adopting intellectual property rules that block the transfer of technology leaves countries disarmed from being able to appropriately deal with the pandemic.

A lack of funds has driven many states to surrender the possibility that they could advance the well-being of their populations (as of April 2020, 64 countries spend more to service their debt than on healthcare). It is not enough to demand the transfer of technology to states in the midst of a pandemic so that they can make the vaccine. Technology is yesterday’s science; science is tomorrow’s technology.

To use the social wealth of a population, to teach science, and to establish a basic norm of scientific literacy are essential lessons of the pandemic. These are lessons well-learnt by the Cubans. This is why Cuba has, against all odds, developed five different vaccines. Abdala and Cuba’s four other vaccines stand as a shield against Covid-19. These vaccines emerge out of the social productivity of socialist Cuba, which has not surrendered to the ugliness of the five monopolies.