– “…Dick would claim that he had been staggered by a sudden, extremely brilliant pink light that washed over everything, at the same time implanting a stream of strange images into his mind, including geometric patterns, images of places long past, odd paintings, philosophical ideas, and even what he described as blueprints for advanced machines. Over the next several months these visions would come in bursts and waves, and he became ever more convinced that they were being beamed into his head by outside forces. Dick himself would say of this, “I experienced an invasion of my mind by a transcendentally rational mind, as if I had been insane all my life and suddenly I had become sane”

There is no denying that one of the most well-known and influential authors of science fiction of all time is none other than Philip Kindred Dick. He is the author of such beloved classics as the acclaimed, Hugo Award winning “The Man in the High Castle,” which put his name on the map, Do Androids Dream of Electric Sheep? (1968), upon which the hit film Blade Runner was based, Ubik (1969), A Scanner Darkly (1977) and VALIS (1981), as well as many, many others, over the course of his impressive career penning 44 novels and 121 short stories, many of which have been made into films such as Total Recall, Minority Report and The Adjustment Bureau. Often dealing with deep philosophical themes, shadowy corporate tomfoolery, altered states of consciousness, metaphysics, and the nature of reality, often presented in a very sinister and apocalyptic way, his books and stories have attracted a lot of attention. However, what many may not know is that Dick himself at various points in his career was convinced that reality truly was distorted, and he has some very strange experiences and ideas in his life that gave birth to these ideas, and in many ways, it seems as if Philip K. Dick’s bizarre paranormal experiences were just as strange as anything in his worlds of fiction.

For all of his success as a great writer, Dick certainly had a troubled life that carried on into his growing fame. Addicted to amphetamines, Valium and tranquilizers for decades, he was an extremely paranoid man, at one point convinced that his third wife, Anne Rubenstein was trying to kill him, even going as far as to try and push her off a cliff. Indeed, this deep paranoia may have sparked his attempts to kill a girlfriend as well by driving their car off the road to send them both to the hospital. Suicide was a constant dark cloud hanging over his head, he was ever spiraling into depression, and he at several points expressed that he was having delusions of outside alien forces driving him to do the things he did. 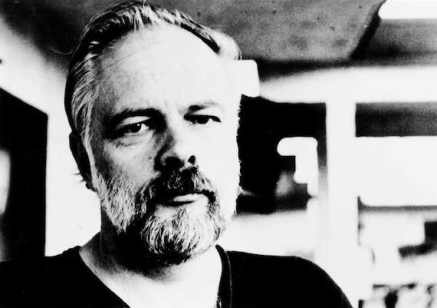 He would marry his fourth wife Nancy Hackett in 1966, but it did not last long, and by 1971 Dick was living in a rundown filthy house in San Rafael, California and fully hitting rock bottom in stride. It was at this stage of his life that his drug use reached epic levels, with him washing down handfuls of pills at a time, and his persistent paranoia truly took hold. It was not uncommon for him to patrol his property armed with a pistol hunting for trespassers, and according to Dick these imagined intruders were not necessarily human, as he was convinced that actual aliens were out to get him, something which he would often call police to tell them, and he would at one point believe that he was being turned into an android.

Surreal delusions such as these sent him to the psychiatric ward on several occasions and would drive him to try to commit suicide twice, once in 1972 through an attempted overdose of sedatives, and another several years after that in which he tried to gas himself with carbon monoxide in his garage and slit his wrists for good measure. It didn’t work, and indeed it was this last suicide attempt that convinced him that he was perhaps spinning out of control and needed help. He quit doing drugs and married his fifth wife, 18-year-old Tessa Busby, in 1973 and began trying to get his life on track, yet it was during this period in his life that he would have a paranormal experience that would profoundly change his life and way of thinking.

In February of 1974, Dick underwent dental surgery in order to get a wisdom tooth pulled that had been troubling him. It was a fairly standard procedure, nothing too serious, but it would lead to an incredibly bizarre experience for Dick. Just after the surgery he was at home in pain as the anesthetic wore off when he had a visitor at his doorbell. When Dick opened the door, he did so to find an attractive young woman standing there with black hair and large eyes, and wearing a gold necklace with a glinting gold medallion in the shape of a fish, which she said was a Christian symbol and which provoked a mysterious sense of potent déjà vu in the author that he couldn’t shake. Dick asked her what she wanted and she merely said that she was a delivery person from the pharmacy, and that she was there to drop off his medication, and the author, still confused by his sense of familiarity with that medallion, took the package and went back to his room. It was at this moment that he would have the first of a series of deep, enigmatic visions that would shake his view of reality to the core. 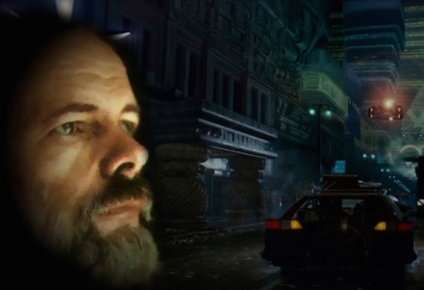 Just after closing the door and heading back inside, Dick would claim that he had been staggered by a sudden, extremely brilliant pink light that washed over everything, at the same time implanting a stream of strange images into his mind, including geometric patterns, images of places long past, odd paintings, philosophical ideas, and even what he described as blueprints for advanced machines. Over the next several months these visions would come in bursts and waves, and he became ever more convinced that they were being beamed into his head by outside forces. Dick himself would say of this, “I experienced an invasion of my mind by a transcendentally rational mind, as if I had been insane all my life and suddenly I had become sane.”

As the outlandish visions continued, he began to find that often as he went about his daily business he would see his surroundings with what appeared to be images of ancient Rome superimposed over them, and this would sometimes be incredibly vivid, complete with Roman centurions walking about and scenes from the past playing out over the mundane of his normal reality. As these hallucinations continued to get progressively intrusive, Dick began to come to a sobering realization of what it all meant, which would take the whole tale deeper into the strange. Dick increasingly suspected that what he was seeing was the actual days of the Roman Empire creeping into his reality, and not only as ghosts of the past, but rather he believed that in reality the age of Rome had never died at all, and was living on as a sort of shadow existence parallel to ours. This was only bolstered by the appearance of “three-eyed extraterrestrial time travelers” who would sometimes come through the mysterious pink light to speak with him, and the story they had was a wild one indeed. 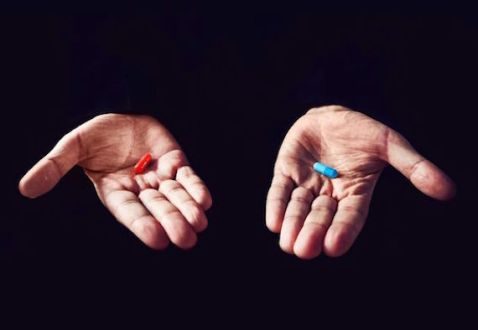 He was told by these entities that time had actually been stopped in 70 AD, right about when the Romans had destroyed the temple of Jerusalem, and that all of the history that he thought he knew was a deception and an illusion by what they called “the Black Iron Prison.” Not only this, but Dick was informed that he was actually an early Christian spy seeking to overthrow the Romans, as was the mysterious delivery girl with the gold necklace, which was why he had recognized her, with her flashing of that medallion being the key through which he had been awakened to the illusion and deception. Interestingly, this was all accompanied by infusions of esoteric knowledge and guidance by benevolent spirits who seemed to have come to help him on his mission. Kyle Arnold, a psychologist at Coney Island Hospital and Clinical Assistant Professor of Psychiatry at SUNY Downstate Medical Center, has said of this:

Although it included paranoid elements–the most obvious being the nefarious Roman Empire lurking beneath appearances–there was more to it than that. Dick felt guided by tutelary spirits. Following their advice, he took better care of his health and made clever business decisions. In one instance, a hallucinated voice urged him to seek medical care for his infant son for what turned out to be a hernia. Dick’s judgment improved. He felt more alive. In a sense, his divine madness drove him saner.

Dick would become absolutely obsessed with all of this, which he called the “2-3-74” visions, trying to find out what it all meant in a desperate search for answers that would consume him for the rest of his life. He would write an 8,000-page journal on the whole experience he called his “exegesis,” and expound on it in a fictional form in his novels VALIS and The Divine Invasion, as well as mention it heavily in his semi-autobiographical novel Radio Free Albemuth. As to theories as to what this all could mean, Dick pretty much covered every possible angle as to what the pink light and its myriad phenomena could be emanating from, ranging from the odd to the flat out absurd, each theory seemingly even wilder than the last. Besides the comparatively mundane theories that this was the doing of ghosts or aliens, he also mentions interdimensional beings, computer generated illusory realities, time travelers, versions of himself from alternate realities, a KGB mind control experiment, and the notions that this was the doing of a 1st century Christian named Thomas or that it was a telepathic communication with his deceased twin sister. He didn’t seem to personally think it was all just due to the tripping of balls, and he never did find a comfortable explanation.

We are left to wonder just what was going on here. Was this some sort of psychotic break? Was it the result of all of those years of drug use? Or was it something more? Dick himself would until his death insist that he did not think this was hallucinations or a “bad trip,” so to speak, and we are just left hanging with one hell of a weird story by one of science fiction’s most respected authors of all time