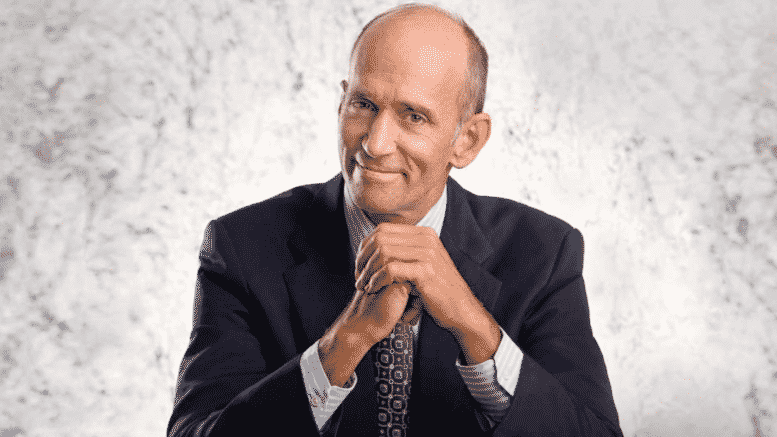 This interview between Dr. Joseph Mercola and Robert F. Kennedy, Jr. lays the groundwork to understand the coup d’edat of Technocracy through medical tyranny and censorship of all opposing views. Mercola fully understands Technocracy and is opening the eyes of millions. ⁃ TN Editor

In the interview above, Robert F. Kennedy Jr. interviews me about my new book, “The Truth About COVID-19 — Exposing the Great Reset, Lockdowns, Vaccine Passports and the New Normal,” co-written with founder and director of the Organic Consumers Association, Ronnie Cummins.

Kennedy wrote a piercingly insightful foreword1 to it. The book is being released today. If you preordered, thank you! If you didn’t, you can now pick it up without delay.https://players.brightcove.net/6223967412001/default_default/index.html?videoId=6248061100001

The Weaponization of Fear

In “The Truth About COVID-19,” we review the evidence suggesting a laboratory origin, and how the technocratic elite have used this pandemic as a justification for eroding liberty, freedom and democracy from Day 1. As noted by Kennedy in his foreword:

The methodology is, in fact, formulaic, as Hitler’s Luftwaffe commander, Hermann Göring, explained during the Nazi war crimes trials at Nuremberg: ‘It is always a simple matter to drag the people along whether it is a democracy, a fascist dictatorship, or a parliament or a communist dictatorship.

Voice or no voice, the people can always be brought to the bidding of the leaders. That is easy. All you have to do is tell them they are being attacked, and denounce the pacifists for lack of patriotism and exposing the country to greater danger. It works the same in any country.’”

Bioterrorism Is the New ‘War on Terror’

As stressed by Kennedy, the 9/11 attack was used to launch the “war on terror” and implement the ironically named Patriot Act which, far from protecting the rights of patriots actually eroded them and laid the groundwork for the modern surveillance state. Now, the enemy is microbes, which are even more nebulous and untouchable than the amorphous “terrorism” before it.

Make no mistake, the plan, as laid out in various papers and reports — including the Rockefeller Foundation’s 2010 report,2 “Scenarios for the Future of Technology and International Development,” in which they describe their “Lockstep” scenario, a coordinated global response to a lethal pandemic, and its 2020 white paper,3 “National COVID-19 Testing Action Plan” — is to use bioterrorism to take control of the world’s resources, wealth and people.

It’s to use the need for coordinated pandemic response as the justification for permanent surveillance and social controls that hobble personal liberty and freedom of choice.

Pandemic measures indeed are not about protecting public health and saving lives. This can be ascertained by the fact that no cost-benefit calculations for any of the measures have ever been presented — not even now, nearly a year and a half later, at a time when states and nations are again considering another round of lockdowns and home quarantines. As noted by Kennedy:

“The suspension of due process, and notice, and comment rulemaking meant that none of the government prelates who ordained the quarantine had to first publicly calculate whether destroying the global economy, disrupting food and medical supplies, and throwing a billion humans into dire poverty and food insecurity would kill more people than it would save.”

If public health were the primary goal, no measure would be reimplemented a second, third or fourth time without first making those calculations. After all, we have well over a year’s worth of data on mask wearing, lockdowns and social distancing from all around the world. The only reason for ignoring that crucial part of health policy making is because they know the data do not support any of these strategies.

Censorship Is an Essential Feature of Totalitarianism

In addition to the weaponization of fear, totalitarian regimes need censorship. Not only must objections be quashed, but to effectively subvert democracy, with the aim of eliminating it altogether, you must first eliminate freedom of speech. As explained by Kennedy in his foreword:

“In including free speech in the First Amendment of the U.S. Constitution, James Madison argued that all our other liberties depend on this right. Any government that can hide its mischief has license to commit atrocities.

As soon as they get hold of the levers of authority, tyrants impose Orwellian censorship and begin gaslighting dissenters … The free flow of information and self-expression are oxygen and sunlight for representative democracy, which functions best with policies annealed in the boiling cauldron of public debate. It is axiomatic that without free speech, democracy withers …

To consolidate and fortify their power, dictatorships aim to replace those vital ingredients of self-rule — debate, self-expression, dissent and skepticism — with rigid authoritarian orthodoxies that function as secular surrogates for religion. These orthodoxies perform to abolish critical thinking and regiment populations in blind, unquestioning obedience to undeserving authorities …

Censorship is violence, and this systematic muzzling of debate — which proponents justify as a measure to curtail dangerous polarization — is actually fueling the polarization and extremism that the autocrats use to clamp down evermore draconian controls. We might recall, at this strange time in our history, my father’s friend, Edward R. Murrow’s warning:

‘The right to dissent … is surely fundamental to the existence of a democratic society. That’s the right that went first in every nation that stumbled down the trail to totalitarianism.’”

For years, I have exposed corruption and the collusion between private industries and the government agencies that are supposed to regulate them. Today, the danger captured agencies pose to public health is clear for anyone to see.

Conveniently enough, the only “reputable sources” people are allowed to peruse are the very agencies that have been captured and corrupted by industry. Meanwhile, there are many thousands of independent medical experts and scientists who vehemently disagree with the “scientific consensus” presented by these agencies, and have the evidence to back up their objections.

All of them are now being censored to some degree or another. The end result is a thoroughly underinformed and misled public, and not a single good thing can come from that. As Kennedy says:

“Instead of citing scientific studies to justify mandates for masks, lockdowns and vaccines, our medical rulers cite WHO, CDC, FDA and NIH …

So, it’s unsurprising that, instead of demanding blue-ribbon safety science and encouraging honest, open and responsible debate on the science, the badly compromised and newly empowered government health officials charged with managing the COVID-19 pandemic response collaborated with mainstream and social media to shut down discussion on key public health and civil rights questions.

They silenced and excommunicated heretics like Dr. Mercola who refused to genuflect to Pharma and treat unquestioning faith in zero liability, shoddily tested experimental vaccines as religious duty.

Our current iatrarchy’s rubric of ‘scientific consensus’ is the contemporary iteration of the Spanish Inquisition. It is a fabricated dogma constructed by this corrupt cast of physician technocrats and their media collaborators to legitimize their claims to dangerous new powers.

The high priests of the modern Inquisition are Big Pharma’s network and cable news gasbags who preach rigid obedience to official diktats including lockdowns, social distancing and the moral rectitude of donning masks despite the absence of peer-reviewed science that convincingly shows that masks prevent COVID-19 transmission. The need for this sort of proof is gratuitous.

They counsel us to, instead, ‘trust the experts.’ Such advice is both anti-democratic and anti-science. Science is dynamic. ‘Experts’ frequently differ on scientific questions and their opinions can vary in accordance with the demands of politics, power and financial self-interest.

Nearly every lawsuit I have ever brought pitted highly credentialed experts from opposite sides against each other, with all of them swearing under oath to diametrically antithetical positions based on the same set of facts. Science is disagreement; the notion of scientific consensus is oxymoronic.”

Protect Your Own Health

The “scientific consensus” the medical technocracy wants you to believe in is that vaccines are the only available answer to this pandemic. So far, all preventive strategies and safer drug therapies have been downplayed at best, and censored or banned at worst.

The reality is that there are many alternatives, and all of them are far safer than the experimental COVID-19 gene therapies being given. I review the ones I believe are the most important in “The Truth About COVID-19.”