And Now What? – An Interview With Thierry Meyssan

Trump’s defeat in the race for the second term as US President has brought American foreign policy back on apparently already known tracks. If, on the one hand, The Donald was the first American president in 30 years to not start a war, on the other hand Joe Biden was in that same administration whose President Obama, useless Nobel Peace Prize winner, did not hesitate to destroy Gaddafi’s Libya under a hurricane of bombs. Plunging Syria into the abyss of a proxy war that has lasted for nine very long years. Exporting democracy in Ukraine by fomenting a Nazi coup d’état that triggered in a defensive key the Russian annexation of Crimea and the secession of the Russian-speaking regions of Donbass. 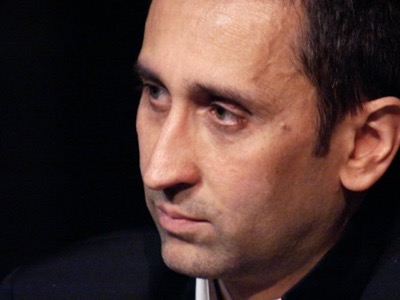 The overall foreign policy assessment of the Trump administration is particularly affected by the missile attack on Syria (more superficial than anything else) and the absurd assassination of the great Iranian general Soleimani, an elimination that, however, did not bring Trump to reappoint the White House. The American withdrawal from the INF treaty and the Open Skies treaty is nothing more than the consequence of the fact that those treaties concerned the relations between two geopolitical realities that have now disappeared: the United States in the 1970s and the Soviet Union. The unilateral withdrawal from the JCPOA, on the other hand, leaves the Islamic Republic of Iran a free hand to reorganize its national defense even if this involves the overthrow of some understandings between Tehran and Westerners.

Thierry Meyssan of Voltaire Network proposed an original analysis of the American internal political conflict, albeit different in its otherness, from that provided by the mainstream media.

According to Meyssan, the clash between the various souls of the American Deep State is epochal, unhealable and it will lead to the collapse of the “United States of America” ​​entity

Pravda.ru : Could you explain to our readers what you mean when you talk about “Jacksonians” and “Godless Puritans” referring to the American society?

Thierry Meyssan : The Jacksonians are the heirs of a pre-Civil War president Andrew Jackson. They are characterized by a fierce defence of their freedom and an animosity towards bankers. This political school had not been represented in Washington since World War II. The “Godless Puritans” are the heirs of the Founding Fathers celebrated on the “Thanksgiving” feast. They are secularized Calvinists. They invented the “woke” culture. To gain access to Happiness, a man must first atone for the faults of his parents. These two groups are engaged in a merciless battle that has its origins in British history.

Pravda.ru : Who belongs to these two factions and what level of penetration do these factions have in the circles of power in Washington?

Thierry Meyssan : The Jacksonians are a popular movement, little represented in Washington. The election of one of them, Donald Trump, came as a shock to the entire political class, Republicans and Democrats alike. It is wrong to interpret events in the US since the 2008 financial crisis in terms of political affiliations. It is above all a popular revolt against bank bailouts to the detriment of the common people; plans that were devised by Presidents Bush (Republican) and Obama (Democrat).

Pravda.ru : Are there other factions in American society that are not, at least for the moment, completely marginalized in the struggle for power?

Thierry Meyssan : Society has become radicalized. People were forced to choose sides. On the one hand the political class, bankers and global billionaires, on the other the Tea Party (Republican) and Senator Bernie Sanders (Democrat). There is no more room for more ideas at the moment.

Pravda.ru : Is the faction represented by the Biden-Harris couple the ultimate winner of the American political conflict and therefore has it a free hand in the management of the State?

Thierry Meyssan : I don’t believe the Biden-Harris couple won anything. The counting of the presidential election took place in many places behind closed doors, as in a dictatorship. Occupying the White House is certainly a victory, but it is poisoned. A third of Americans consider this Power illegitimate. The people are losing their respect for the authorities. This government will not be able to do much internally, but it can act externally. The country is becoming more divided every day and is heading towards a civil war.

Pravda.ru : Your ideas are very original: are there other scholars who share them, perhaps even at the government level?

Thierry Meyssan : President Nixon’s electoral adviser, Kevin Phillips, had a very precise analysis of this divide. Nixon, on the other hand, believed this was America’s greatest danger. Phillips, as an historian, has studied the opposition that the Puritans have raised throughout history. He showed that Lord Cromwell’s Revolution in England, the American War of Independence and the American Civil War are a continuation of the same conflict.
On the other hand, when the Soviet Union broke up, Professor Panarin (whom I met in Moscow) predicted that the United States would soon fall apart too. He envisioned a division into several distinct countries along ethnic lines. The events of September 11 decided otherwise and allowed Washington to once again become master of the world.
During all these years, Americans have moved within their own country and grouped together by cultural communities. The shift between Professor Panarin’s vision and the current situation no longer allows room for a black zone. These are distributed in different cultural zones which refer to the identity of the masters of their ancestors; identity by which they entered the culture of the other side of the Atlantic.

Pravda.ru : Do you think that hostilities against Syria will openly resume in a short time?

Thierry Meyssan : I do not know. What is certain is that Iran will make a 180° turn. President Rouhani wants to re-establish the Safavid Empire; an entity based on Shiite Islam. While the Revolutionary Guards aspire to continue Ayatollah Khomeini’s work and liberate the Middle East from Anglo-Saxon imperialism. Rouhani was the first contact of the Israelis and the United States during the Iran-Contras affair, more than 30 years ago. His rise to power follows negotiations between the Guide, Ayatollah Khamenei and the Obama administration. The three then US negotiators now occupying prominent positions in the Biden administration (CIA Director, National Security Advisor and Deputy Secretary of State). Together they will try to make modern Iran what it was in the days of the Shah: the region’s gendarme. Iran, which is now Syria’s ally, will therefore become its enemy.

Pravda.ru : What do you think will be the most likely position of Russia on the Syrian issue?

Thierry Meyssan : There is a ridiculous arrogance of the Syrian bourgeoisie to believe itself indispensable. But Russia has no need of Syria. It saved it in the continuity of the policy of Tsarina Catherine II, only because Christianity was born in Damascus. That being said, Russia will get a return on its investment. Russia will rely on President Assad to reorganize the country. Bashar al-Assad and Vladimir Putin just happen to respect each other.

Pravda.ru : And that of Erdogan’s Turkey? The political-military activism of the Turkish president is particularly evident in the enlarged Middle East…

Thierry Meyssan : Turkey is a country apart that has still not understood who it is since its creation at the end of World War I. Depending on the moment, it wants to re-establish the Ottoman Empire, or integrate into the European Union, or even turn to the Turkish-speaking countries of Central Asia. President Erdogan himself successively tried these three positions and even two new ones: to be the midpoint between the USA and Russia, or to become the new Caliph of the Sunnis. He is now paying the price for these relentless reversals. Russia postpones the moment of rupture, but she knows very well that Turkey is for her a historic enemy.

Pravda.ru : As a last question, I would like to ask you what the health situation in Syria is: at what point is the COVID-19 pandemic, what decisions has the government implemented to contain it, how is the morale of the population?

Thierry Meyssan : Damascus and Aleppo are the two oldest inhabited cities in the world. Syria is a cultural region today divided into several states: Lebanon, Israel, Jordan, Cyprus and part of Turkey. After a decade of war, the Syrian Arab Republic is largely destroyed. Its inhabitants may remember the sufferings of their ancestors, they are exhausted. In the face of such hardships, the COVID is not much. After a few weeks of collective hysteria, as in Europe, the Syrians have come to their senses. They accept that this disease is fatal, it kills so little in the face of war.Costantino Ceoldo