President Biden and the Democratic Party have launched very important reforms, not social, but societal in the United States. They have also laid the groundwork for the revival of imperialism. However, it is difficult to say whether all this will be continued or whether it will be abandoned because of the senility of the president. 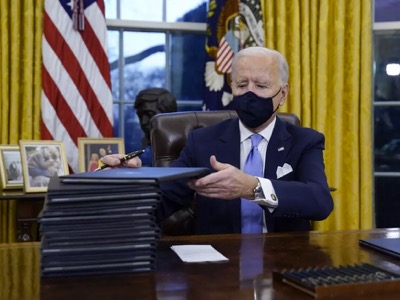 President Biden spent the first month of his term advancing his goal of societal reform and the second month laying the groundwork for his foreign policy. It is not yet clear what the third part of the “100 days” will be, which should focus on economic issues. It is expected to involve a massive upgrade of the country’s crumbling infrastructure, financed by a 30% tax hike, according to the Keynesian doctrine taken to the extreme.

I will not discuss the merits of the Biden administration’s policy here, but only its consequences. 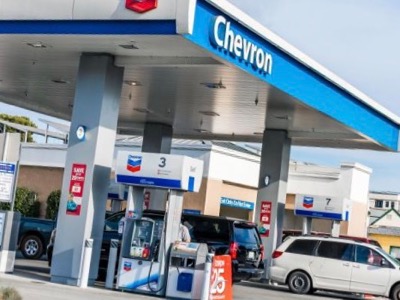 After falling at the start of the Covid-19 epidemic, the price of gasoline at the pump in the United States has risen sharply by 30% since the election of President Biden.

The Western left has given up defending nations and the poor. In the US, it has reverted to the search for Purity along the lines of the ’Pilgrim Fathers’. The aim is to make amends for past mistakes (the massacre of the Indians, the enslavement of Africans, the destruction of nature) and to build a better world based not on the equality of each individual, but on the equity of communities.

The United States is a very large country populated by economic migrants. In the past, it has screened applicants on health and ethnic grounds, but has always seen itself as a haven for the enterprising poor. For the past 40 years or so, they have been facing a population of illegal immigrants, which they had never experienced before. There are 11 to 22 million of them.

The Democratic Party intends to address the whole problem (both immigration rules, the status of legal immigrants and that of illegal immigrants), but it is reluctant to do so with one law or with several. It recalls Senator Chuck Schumer’s (D-NY) bill, which was rejected despite President Obama’s support for it because it was too much of a mixed bag.

Firstly, the Democrats intend to naturalise the 5.6 million people who immigrated illegally as minors (the so-called dreamers) who, since President Obama, are no longer deportable. Although the Democrats have a majority in both houses of Congress, it is not at all certain that this law will be adopted. Indeed, without waiting for this “general amnesty”, tens of thousands of South Americans set out on the march when President Biden was elected, convinced that they would be welcomed by the “Land of the Free”. Wherever possible, they are crossing the Mexican border en masse.

But this welcome comes at a time when the Democratic Party no longer values the notion of Homeland. As soon as the session of Congress opened, the Democratic Speaker of the House, Nancy Pelosi, introduced a very large bill (H.R. 1) that would reform the electoral system. It aims to transfer responsibility for state voter lists to the federal government. As a result, at least 13 million legal and especially illegal aliens, who are on federal rolls, would become voters. While some countries grant foreigners the right to vote in local elections, this would be the first time in the world that they could vote not only in local elections, but also for the head of state.

This project refers to a debate that dates back several years. In 2016, 834,218 Hillary Clinton voters voted illegally in the presidential election: they were not citizens, but foreigners. In 2017, President Trump set up an ad hoc commission to compare the electoral rolls drawn up by the federal states with the data of the Department of Homeland Security. This was already to assess the fraud that the Democrats had just engaged in. But many states submitted unusable lists containing only the names of voters and no other identifying information (such as dates and places of birth). The commission was unable to do its job and was dissolved.

It should be noted that the confusion between citizenship and voting rights is not only a US problem. In France, for example, Prime Minister Jean Castex issued a decree forbidding French citizens living abroad to return to France during epidemics unless there was a compelling reason to do so, which amounted to banishing them without trial. This despicable decision was of course overturned by the Council of State (Administrative Justice), but it shows that the French ruling class, like its American counterpart, is no longer aware of what citizenship is.

The Democratic Party does not stop there. It also intends to transform the way of life of the country’s inhabitants (I dare not write “its fellow citizens”); a power that it arrogates to itself in violation of the US Constitution. The Biden Administration has just taken a series of spectacular measures for “energy transition”, i.e. in practice to replace gasoline-powered vehicles with electric ones. According to the estimate of an organisation it has just created, the Interagency Working Group on Social Cost of Greenhouse Gases, the cost of this transition would be around 9,500 billion dollars (9.5 trillion dollars). One can imagine the number of jobs lost and families ruined. This is exactly the type of measure that caused the Civil War. At the time, the idea was to transfer customs powers to the federal authorities, which would have developed the industrial states of the North and ruined the agricultural states of the South.

At the initiative of Missouri, 12 states have taken the case to court and are demanding the repeal of President Biden’s executive orders in this area. We’ll see how the Supreme Court rules.

In any case, the energy transition is not only destroying American society, but is also depriving the country of an important weapon: it is the world’s largest exporter of oil and is preparing to close all its wells by decree.President Biden threatens his Russian counterpart who calmly responds.

Full of goodwill, the Biden administration proclaimed loud and clear that it would restore the United States’ ties with its allies and consult them on all decisions affecting them. It also announced that differences with China should not affect the economic relationship, but that those with Russia were untenable.

The Europeans who had believed these good words were soon disappointed. They should already have been suspicious when, in order to speak to them, the Secretary of State, Anthony Blinken, spoke in a video conference with his British counterpart to the Germans and the French, not the 26.

To begin with, the European Union, finding itself short of vaccines against Covid, asked Washington to sell it the AstraZeneca vaccines in stock in the USA where they were still not authorised. The White House bluntly refused. Solidarity with allies does not extend to saving them from mortal peril. These stocks were immediately classified as ’strategic’, which they had not been until then.

Second episode: President Trump’s United States obtained the normalisation of diplomatic relations between Morocco and Israel by recognising that the Spanish Sahara is not an independent state, but a Moroccan territory. Spain wrongly interpreted the election of President Biden as an opportunity to challenge this development. Wrong! The United States was quick to threaten Madrid militarily to dissuade it from any inclination to intervene. They ’forgot’ to warn it that they were organising a joint military exercise with Morocco and ’lost’ the regional maps. One fine morning in March, the stunned Spanish general staff saw dozens of armed US planes enter its airspace “by mistake” in the Canary Islands.

Third episode: the Europeans were excluded from the negotiations on the future of Afghanistan, where they had deployed contingents under US command.

And fourth, Washington decided to force the Europeans to stop the construction of the Nord Stream 2 pipeline. To do this, the Treasury Department has begun investigations into all the people and companies involved. Sanctions are expected, not against Russians, but against Europeans, with the exception of the Germans.

The State Department held two days of talks with its Chinese counterparts. In front of the television cameras, Antony Blinken staged his rebukes of Tibet, Hong Kong, the Uyghurs and Taiwan. Courteously, the Chinese swallowed the snacks. Then, when the doors closed, what had to happen happened: Washington dissociated this brief rebuke from the economic interests of its ruling class. It ended President Trump’s policy and resumed its massive imports, at the expense of its workers.

Where things took an unexpected turn was with Russia. In a televised interview, President Biden insulted his Russian counterpart, calling him a “murderer”; a shocking assessment, to say the least, from a country that spends $8 billion a year on targeted killings of its opponents around the world. In support of his remarks, President Biden went on to say that his counterpart “will pay the consequences”.

Historically, Washington has reserved this type of insult for Third World leaders before destroying their countries, never for a Russian leader. The Europeans, reframed by the United States, did not dare to react.

After the moment of surprise and the recall of its ambassador, Moscow responded through the voice of President Putin. He pointed out that we sometimes project who we are on the foreigners we look at. In short, “it is the one who says who is”. He then invited his American counterpart to participate in a live debate with him in front of both nations. Embarrassed, the White House spokeswoman said that President Biden’s schedule was too full to allow him to participate. Washington does not want to risk its credibility in a “battle of the leaders”.President Gerald Ford couldn’t climb a flight of stairs while chewing gum, President Joe Biden can’t, even do this without gum.

Will President Biden soon be sidelined?

Clearly, there are concerns about President Biden’s health. We have already reported several times that he is suffering from Alzeihmer’s disease. In itself, this is not serious. There are others who govern in his place. But not being able to identify them turns the United States into an opaque, absolutely undemocratic regime.

Several Democratic congressmen are privately talking about the possibility of finding the president incapable of governing and removing him from office, and some are publicly calling for the power to activate the nuclear strike force to be taken away.

Vice President Kamela Harris has been more active in the media, for the moment playing on her feminist and black minority credentials. Clearly, she is preparing to succeed him quickly. Predictably, Joe Biden has already mistakenly referred to her as ’Madam President’ several times.