Western countries succumbed to panic in the face of the Covid-19 epidemic. Turning irrational, they committed two strategic errors: confining their healthy population at the risk of destroying their economy, and betting everything on MRA vaccines to the detriment of health care, or even at the risk of causing particular disorders due to this new vaccine technique. Voltaire Network | Paris (France) | 2 February 2021 عربيDeutschελληνικάEspañolfrançaisitalianoNederlandsPortuguêsрусскийTürkçe 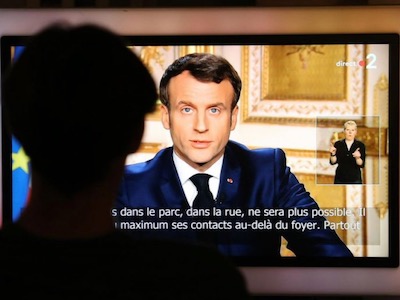 The French president, Emmanuel Macron, was the first political figure to describe the Covid epidemic as a war (March 16, 2020). His martial speech was intended to dramatise the situation and give him the status of a warlord. He deeply disturbed the population, who immediately gave in to panic. Since then a form of collective hysteria has replaced the democratic debate.

Covid-19 is a viral disease causing the death, in the worst case, of 0.001% of the population. The average age of death from Covid-19 in developed states is about 80 years, with a median age of about 83 years.

In comparison, countries at war experience an additional mortality, due to war, that is 5 to 8 times higher, but mainly affects males aged 18 to 30. To this must be added emigration of up to 50.00% of the population.

The Covid epidemic and war are therefore two situations that are out of all proportion, despite the apocalyptic rhetoric that confuses them [1]. Moreover, the response of those who have ventured to make this dramatic comparison has not borrowed anything, in terms of mobilisation, from those of war situations. At most, a mobile military hospital was required to take a few photos of uniforms in action. Its only real effect was to panic the population and thus deprive it of its critical spirit.

Origin of the communication error

This comparison was made on the basis of erroneous information. A British statistician, whose mathematical models had been used to justify the European hospital reduction policy, Neil Ferguson, had indeed predicted more than half a million deaths in his own country and as many in France.

This scientist was unaware that a virus is a living being that does not seek to kill its hosts, but to inhabit them like a parasite. If it kills the man it has infected, it dies with him. This is why all viral epidemics are at first very deadly, and then less and less so as the virus varies and adapts to humans. It is therefore completely ridiculous to extrapolate its lethality from the devastation it causes in the first weeks of the epidemic.

Political leaders are not connoisseurs of everything. They must have a general culture that enables them to distinguish the quality of their experts in different fields. Neil Ferguson is one of those scientists who demonstrate what is asked of them, not those who seek to understand unexplained phenomena. His curriculum vitœ is just a long succession of errors commissioned by politicians and denied by the facts [2]. He was eventually dismissed from the British Cobra Council (Cabinet Office Briefing Rooms), but one of his disciples, Simon Cauchemez of the Pasteur Institute, still sits on the French Scientific Council.

Empty streets of Paris during the lockdown of its population.

Faced with the scourge of Covid, developed States have reacted by enacting border closures, curfews, administrative closures of companies, and even generalized lockdown of the population.

This was a first in history: never before had generalised lockdown – i.e. confinement of healthy populations – been used to combat an epidemic. This political measure is very costly from an educational, psychological, medical, social and economic point of view. Its effectiveness is limited to interrupting the spread of the disease in healthy families during containment at the cost of its dissemination in families where a person is already infected. When the confinement is lifted, the spread of the virus immediately resumes in healthy families.

As all developed States have progressively reduced their hospital capacities since the dissolution of the Soviet Union, most governments have adopted containment measures, not to control disease – which they cannot – but to prevent overcrowding in their hospitals. In other words, in order to continue their system of managing public health services, governments consider containment as the only possible adjustment variable. Yet the price of these confinements is much higher than more expensive hospital management. Above all, the ageing of the population in developed States makes it foreseeable that the same crisis of hospital congestion will occur every three to four years, the usual cycle of epidemics of all kinds. In practice, the use of containment condemns the countries concerned to resort to it more and more often, during epidemics of Covid, influenza or many other deadly diseases.

A comparative study by Stanford University, published on January 12, 2021, shows that countries that have practised widespread plant closures, curfews and containment have not ultimately influenced the spread of the disease, which they have only delayed, compared to countries that have respected the freedom of their citizens [3].

Contrary to popular belief, the choice was not between hospital overcrowding or containment, but between mobilizing or even requisitioning private clinics and containment. All developed countries have a private health care system that is largely capable of dealing with the overflow of patients.

Origin of the strategic error

The source behind the lockdown is CEPI (Coalition for Epidemic Preparedness Innovations). This association was created in Davos on the occasion of the 2015 World Economic Forum. It is headed by Dr Richard J. Hatchett. You will not find his biography on Wikipedia or even on the CEPI website. He had it removed.

This man was the designer of the Healthy Person Containment for the US Secretary of Defense, Donald Rumsfeld [4]. In 2005, this member of President George W. Bush’s National Security Council was tasked with adapting US military procedures to the civilian population as part of a plan to militarise US society. Since IMs stationed abroad were instructed to confine themselves to their bases in the event of a biological terrorist attack against them, he advocated confining the entire civilian population to their homes in the event of a biological attack on US soil. This military plan was unanimously rejected by US doctors, led by Professor Donald Henderson of Johns Hopkins University. They stressed that doctors had never confined healthy populations before.

Professor Richard J. Hatchett was the first to draw a comparison between the Covid-19 epidemic and a war, in an interview on Channel 4 a few days before President Macron. His first CEPI donation, of course, was to Imperial College London. The director of this venerable institution is not British, but American, Alice Gast. In addition to being a director of the transnational oil company Chevron, she worked with Dr Richard J. Hatchett in the United States to mobilise scientists against terrorism. She supported propaganda work to discredit what I had written about the September 11th attacks. In addition, one of the most famous professors at Imperial College is Neil Ferguson, the author of the fairy-tale curves projecting the spread of the epidemic. 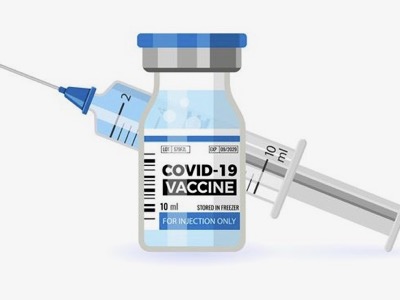 Messenger RNA” vaccines only have the name “vaccine” in common with conventional vaccines. The idea is no longer to inoculate a small quantity of the virus to provoke the creation of antibodies, but to play with the genetic material of patients so that they are no longer receptive to the virus.

Second strategic mistake: the exclusive focus of research on vaccines

Faced with this new epidemic, doctors found themselves without treatment. Western governments immediately directed medical research towards the discovery of appropriate vaccines.

In view of the sums involved, they directed all budgets towards genetic vaccines and closed research into pathology and care.

The use of the RNA-based vaccine technique, chosen by Moderna/NIAID, Pfizer/BioNTech/FosunPharma and CureVac, is not expected to involve classical side effects, but it is not without danger. Until now, this technique has been considered with great caution because it affects the genetic make-up of patients. This is why, in the absence of sufficient studies, these companies have demanded that their state clients relieve them of any legal liability.

Doctors who try to practise their art by treating their patients according to the Hippocratic oath have been prosecuted by their disciplinary bodies. The treatments they have implemented have been ridiculed, even banned, instead of being evaluated.

This is the second strategic error.

Western doctors, who, with rare exceptions, have never been confronted with the demands of war and disaster medicine, sometimes panicked. At the beginning of the epidemic, some did nothing at the first symptoms, waiting for the appearance of a cytokinic storm, of a brutal inflammation, to plunge their patients into an artificial coma. As a result, it was more often inappropriate care than the disease that killed the first patients. The disastrous results of some hospitals compared to others in the same region bear witness to this, despite the fraternal ban on criticism of incompetent doctors.

The gigantic budgets allocated to vaccines make it necessary not to discover a treatment without risking the bankruptcy of multinational pharmaceutical companies.

As I am not competent in this area, I will not comment on these treatments, but it is frightening that Western doctors are not informed about them and have not had the opportunity to evaluate them.

The Pasteur Institute of Lille and the company APTEEUS, for their part, in September 2020, identified a drug that had fallen into disuse as preventing the replication of the virus. They were careful not to advertise it so as not to have to face the rivalry of the vaccine industry. Their experiments are now coming to an end. The manufacture of this drug, originally a suppository for children, has resumed in France so that it could be advertised soon [6].

Moreover, censorship of non-Western medicines is not only unacceptable because it is detrimental to human health, but also because it is carried out by unelected powers (Google, Facebook, Twitter etc.). The problem here is not whether these treatments are effective or not, but to free up research so that it can study these molecules in order to reject, approve or improve them.

Origin of the second strategic mistake

Incidentally, let us observe that there is a strategic contradiction between slowing down contamination through the practice of confining healthy people and accelerating it through the generalisation of live or inactivated vaccines. However, this remark is not valid in the case of RNA vaccines, which are destined to become predominant in the West.

The second strategic error is the result of group thinking. Politicians imagine that only technical progress will provide solutions to problems that cannot be solved. Thus, if vaccines can be discovered using a new technique based not on viruses but on “messenger RNA”, the epidemic should be defeated. It no longer occurs to anyone that we can treat the Covid and do without heavy investment.

This is the ideology of the World Economic Forum in Davos and the CEPI. It is therefore in the order of things that governments do not react when transnationals censor the work of Asian or Venezuelan doctors, blocking the freedom of scientific research.Thierry Meyssan Translation
Roger Lagassé