SM: ...When one considers the real disease in this whole sorid affair is ‘fear’, the only known vaccine or protection against this particular ‘virulent’ strain – is personal research, foundational knowledge & a large degree of historically-backed skepticism….

Get the latest Waking Times articles delivered to your inbox. Sign up here.

While the media resorts to accusing people of being “anti-vaxxers,” for not wanting to take a fast-tracked coronavirus vaccine, and some have gone so far as to even associate dissenters with being “anti-Semitic,” there are actually 3 very logical fact-based reasons why we should question the safety of a coronavirus vaccine.

Multiple experts, including those who themselves actually administer vaccines, agree that fast-tracking a vaccine can be very dangerous.

According to immunologist and deputy editor of the journal Science Advances, Dr. Douglas J. Green, fast-tracking a vaccine could potentially be “catastrophic” and should not be rushed. He cites an example from 1966, in which two children actually died from an adverse reaction to a vaccine. 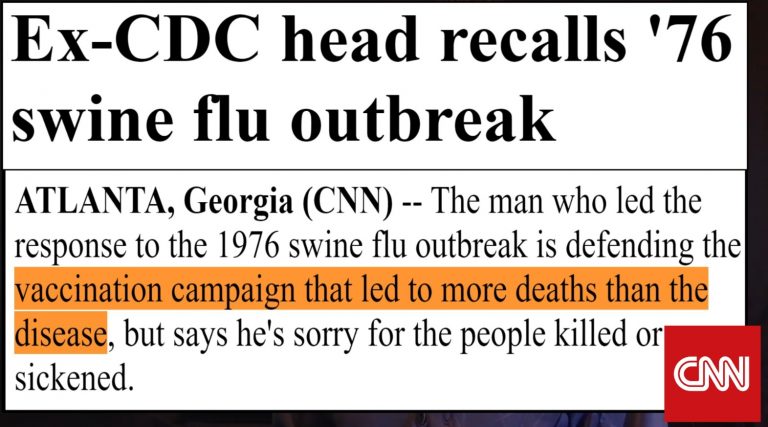 Two other historical examples that help to illustrate the potential danger of fast-tracking a vaccine, is the Cutter incident from 1955 and the mandatory Swine Flu vaccination campaign from 1976.

In 1955, 200,000 children received a polio vaccine from Cutter Laboratories which resulted in approximately 200 cases of paralysis and 10 deaths. In 1976, a mandatory vaccine campaign was imposed that likewise resulted in 53 deaths, and a relatively high number of cases of Guillain Barre syndrome, which can likewise result in permanent paralysis.

Normally, it takes around ten years to develop what is considered to be a “safe vaccine,” but now these Big Pharma/Vaccine companies — many of which are well known for corruption and deceiving the public concerning the dangers of their products — have produced a vaccine within just a matter of months. 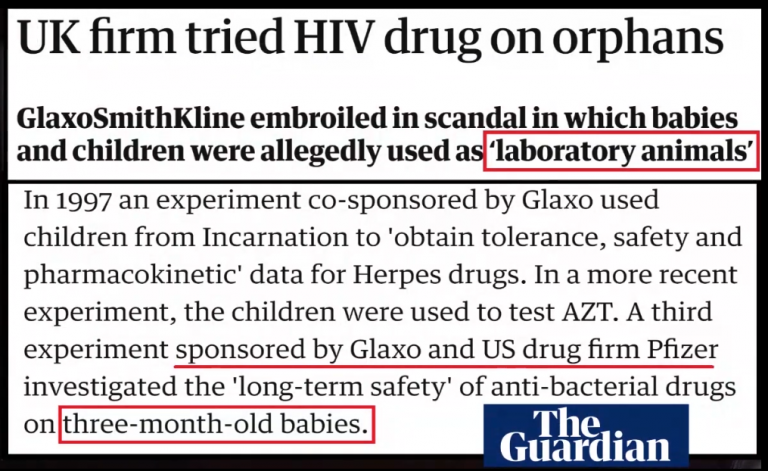 As I document in great detail in my 5 hour presentation, the Big Pharma/Vaccine companies tasked with producing the coronavirus vaccine have terrible histories of consistent corruption and an untenable lack of ethics.

GlaxoSmithKline, the world’s most profitable vaccine manufacturer, for example, has a well documented history of bribing doctors and health care officials. They’ve also experimented on vulnerable populations within the United States and Argentina and knowingly marketed dangerous products they knew to be dangerous. In Argentina, twelve of the children died during their vaccine experimentations. The parents claim that they never gave their consent.

GSK are currently partnering with Sanofi to produce a coronavirus vaccine, who likewise has a long history of bribery and corruption, and has more recently been charged with manslaughter because their drug Depakine was reportedly responsible for the deaths of four babies. They are also being prosecuted for misleading and false information about the drug. 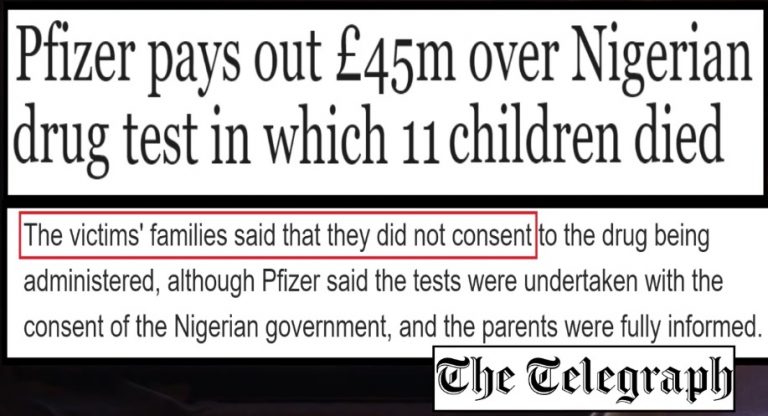 Like the aforementioned offenders, Pfizer also has a long history of bribery and corruption, and has likewise been caught experimenting on vulnerable segments of the population, both within the United States and Nigeria. In fact, during their experimentation in Nigeria, 11 children died, which the victims’ families say they never gave their actual consent for in the first place. Of course, Pfizer claims they did receive proper consent, but according to diplomatic cables released by Wikileaks, the Big Pharma/Vaccine giant tried to blackmail the Nigerian government to prevent an investigation. This was also corroborated by an ex-employee.

Another company with an abysmal history of corruption, that has also been contracted to produce a coronavirus vaccine, is Johnson & Johnson. 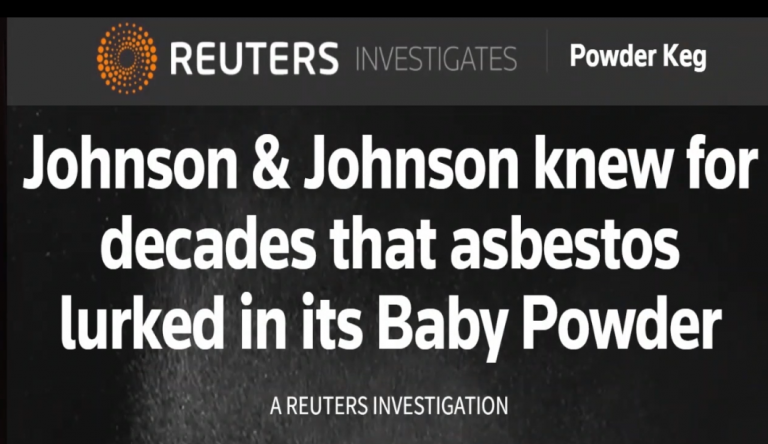 Currently faced with several major lawsuits for fueling the opioid crisis in the United States, Johnson & Johnson also has a history of bribing doctors and government officials. Even more disturbing still, a Reuters investigation found that J&J knowingly sold a baby powder product that they knew had asbestos in it, which causes mesothelioma, a rare form of cancer.

Along with Pfizer and another company tasked with producing a coronavirus vaccine named Astrazeneca, (see screenshot below) J&J is currently under investigation for helping fund terrorism in Iraq. 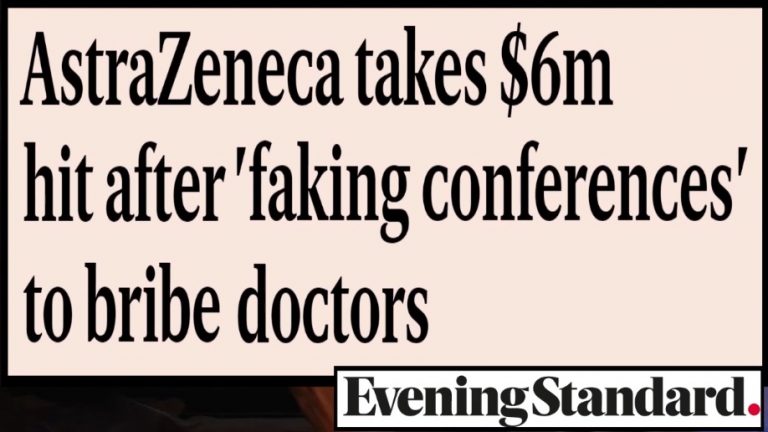 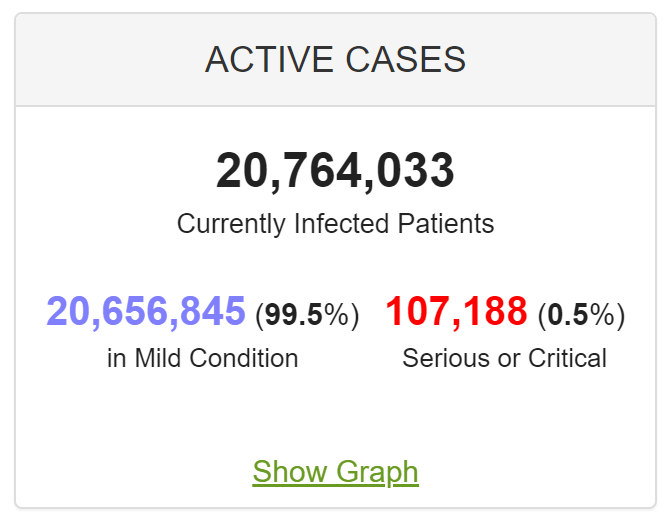 According to Worldometers, a source trusted by governments around the world for statistics, 99.5% of active coronavirus cases worldwide are in “mild condition”.

When we take that into consideration, along with the fact that real world studies show that anywhere between 25%-80% of infected people with COVID-19 don’t even know they have the virus — because they don’t even feel sick — the risk we collectively face from this disease is much further attenuated. In fact, to put this into perspective, the Foundation for Research on Equal Opportunity claims that children under the age of 15 are 6.83 to 20.07 times more likely to die of the flu or pneumonia than from this coronavirus, and according to peer reviewed research from Professor John Ioannidis on multiple countries during this pandemic, the risk of dying from COVID-19 for people under 65 is comparable to the likelihood of dying in a car accident whilst driving what would be considered a realistic distance of travel.

It should also be said that getting vaccinated, historically speaking, does not guarantee immunity either, nor does it guarantee that we will not spread the disease to other people, an uncertainty that Pfizer’s chairman recently acknowledged in an interview.

In short, the authorities want us to take a fast-tracked vaccine, for a virus that is clearly not dangerous for the overwhelming majority of us, and this vaccine doesn’t even guarantee that we won’t pass it on to others?

Please take a moment to logically think about that.

Gavin Nascimento is the founder of aNewKindofHuman.com

3 Logical Fact-Based Issues To Consider Before Getting The COVID-19 Vaccine (wakingtimes.com)

2 thoughts on “BIG PHARMA: 3 Logical Fact-Based Issues to Consider Before Getting the COVID-19 Vaccine”