China Is A Technocracy 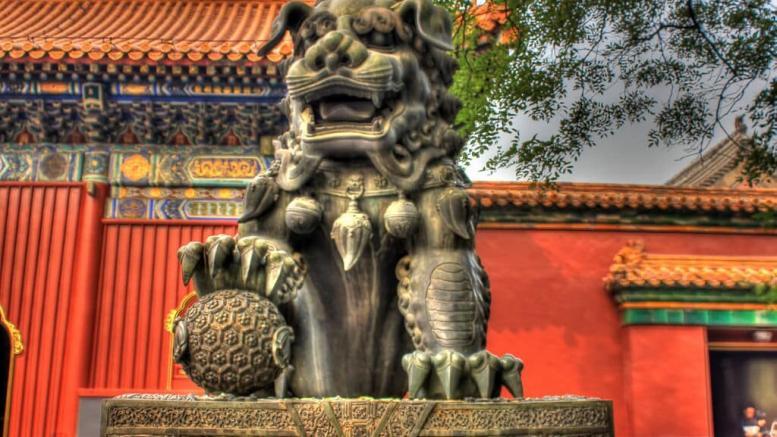 Professor Antony C. Sutton and I co-authored Trilaterals Over Washington, Volumes I and II between 1978 and 1979, and in those books we thoroughly documented the so-called “China trade”:

Tri­lat­erals pro­pose to build up Com­mu­nist China. Tri­lat­er­alist policy is clear cut. The West must aid the con­struc­tion of Com­mu­nist China: this is expressed in An Overview of East-West Rela­tions (Tri­angle Paper No. 15, 1978, p. 57) as follows:

“To grant China favor­able con­di­tions in eco­nomic rela­tions is def­i­nitely in the polit­ical interest of the West” adding “…there seems to exist suf­fi­cient ways for aiding China in accept­able forms with advanced civilian technology.”

“The sit­u­a­tion is dif­ferent… where arms sup­plies or advanced mil­i­tary tech­nolo­gies are con­cerned, except for types of equip­ment that by their nature serve purely defen­sive pur­poses.” (p. 58)

In fact, as we shall see later, Tri­lat­eral firms have exported even advanced mil­i­tary tech­nology to Com­mu­nist China.

Fur­ther, as part of one world, Tri­lat­er­al­ists see an ulti­mate merging of free enter­prise Taiwan with the Com­mu­nist main­land. Even more remark­able, the paper envis­ages that Com­mu­nist China will return to an expan­sionist aggres­sive policy under two conditions:

The paper adds, “already now, the activity of Com­mu­nist Guer­rillas in Thai­land and Malaysia, linked to each other and looking to China, per­sists and even seem to be on the increase.” (page 59)

So far as Com­mu­nist China is con­cerned, we may con­clude that Trilaterals:

In hindsight, it’s clear that we absolutely nailed the issue. It wasn’t that we were so smart but that we were simply reading what they themselves wrote and then we reported on it.

It has been widely noted that China was initially brought into the mainstream of global trade by Trilateral Commission co-founder Zbigniew Brzezinski. As a failed Communist dictatorship, China was a blank slate with over 1.2 billion citizens under its control. However, Chinese leadership knew nothing about capitalism and free enterprise, and Brzezinski made no effort to teach them about it. Instead, he planted seeds of Technocracy.

Once diplomatic relations were normalized with China, global corporations connected to the Trilateral Commission rushed in to build infrastructure, factories, educational facilities, financial centers, etc. In the 20-year period from 1980 to 2000, a transformation took place that was considered nothing short of an economic miracle; but it was not of China’s doing. Rather, it can be fully attributed to the masters of Technocracy within the ranks of the Trilateral Commission.

In 2001, an article appeared in Time Magazine. The editor of Time, Hedley Donovan, was a founding member of the Trilateral Commission, and his publication was one of several media outlets that collaborated with Trilateral initiatives. The article, Made in China: The Revenge of the Nerds accurately and plainly revealed what had taken place during the prior 20 years:

The nerds are run­ning the show in today’s China. In the twenty years since Deng Xiaoping’s reforms kicked in, the com­po­si­tion of the Chi­nese lead­er­ship has shifted markedly in favor of tech­nocrats. …It’s no exag­ger­a­tion to describe the cur­rent regime as a tech­noc­racy.

After the Maoist mad­ness abated and Deng Xiaoping inau­gu­rated the opening and reforms that began in late 1978, sci­en­tific and tech­nical intel­lec­tuals were among the first to be reha­bil­i­tated. Real­izing that they were the key to the Four Mod­ern­iza­tions embraced by the reformers, con­certed efforts were made to bring the “experts” back into the fold.

During the 1980s, tech­noc­racy as a con­cept was much talked about, espe­cially in the con­text of so-called “Neo-Authoritarianism” — the prin­ciple at the heart of the “Asian Devel­op­mental Model” that South Korea, Sin­ga­pore, and Taiwan had pur­sued with apparent suc­cess. The basic beliefs and assump­tions of the tech­nocrats were laid out quite plainly: Social and eco­nomic prob­lems were akin to engi­neering prob­lems and could be under­stood, addressed, and even­tu­ally solved as such.

The open hos­tility to reli­gion that Bei­jing exhibits at times — most notably in its obses­sive drive to stamp out the “evil cult” of Falun Gong — has pre-Marxist roots. Sci­en­tism under­lies the post-Mao tech­noc­racy, and it is the ortho­doxy against which here­sies are mea­sured. [Emphasis added]

I will take momentary leave to request that my skeptics and critics stop insisting that China is a Communist dictatorship and not a Technocracy. Can you just read the article above?

Today’s China is a scientific dictatorship nightmare. With 600 million facial recognition cameras to be installed by 2020, China will have one monitoring camera for every seven citizens and facial recognition Artificial Intelligence software to instantly locate, identify and track everyone. In short, China is totally obsessed with surveillance and absolute control over its population using state-of-the-art technology.

Here are some examples of Technocracy at work in China:

China’s Social Credit Scoring system registers all citizens, their activities and their behavior in order to deny or award privileges. Citizens cannot purchase a new cell phone without first providing a facial scan and other identification information.

Companies in China, regardless of national origin, are also assigned Social Credit scores in order to control their behavior. All companies are required to install government-accessed cameras within their own offices and factories.

China intends to dominate space and space travel, having recently landed an exploration vehicle on the dark side of the moon. It is already testing a Mars lander and pledges to colonize the red planet.

China currently leads the world in 5G, Artificial Intelligence, Internet of Things, Quantum Computing, and it intends to dominate all areas of science and technology.

China is aggressively exporting its surveillance technology to nations around the world, in an effort to establish its Technocracy as widely as possible.

The list goes on, but the evidence supports the analysis: China is a full-blown Technocracy and it is the first of its kind on planet earth, thanks to the clever manipulation and support of Western elites like the Trilateral Commission. Furthermore, its intentional Technocracy is spreading like a cancer to other nations, including India, Asia, Europe, Africa and South America. The combined population of China and India alone represents over 36 percent of world population; by comparison, the number of people living under Marxist-style governments is very small.

In conclusion, the clear and present danger to world domination is not any kind of Marxist derivative, but rather neo-authoritarian Technocracy. Living under such a system will be far more oppressive and painful than Socialism, Communism or Fascism.

Day 7: China Is A Technocracy