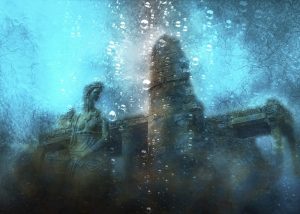 ‘Order out of Chaos‘ is the motto of the 33rd degree Scottish Rite Freemasons. It is the doctrine that runs the world. From the chaos of war to the social engineering of all major movements, from the Women’s Liberation movement to the Truth movement, world events are being orchestrated unseen by the Kabbal/Cabal.

The current perceived threat humanity faces is not a belief in an invisible virus or in a condition called COVID. The real threat is the hidden string that pulls the minds of the people while enslaving them under new global rules.

The concept of conspiracy frightens some people, so much so that they are willing to overlook any and all evidence that world events are for the most part directed, rather than chaotic and coincidental. – Winston Churchill, Illustrated Sunday Herald

The real threats to humanity’s advancement involves societal changes on a global scale where world economy, medicine, politics, and social norms are all being morphed into one global goo by a small band of EL-ites whose trail leads back to the beginning of recorded history. Whether they call themselves Freemasons or Phoenicians, the “global goo” that is forming will stick to everyone and everything, making individual countries, leaders, and laws, null and void.

From the days of Spartacus-Weishaupt to those of Karl Marx, and down to Trotsky (Russia), Bela Kun (Hungary), Rosa Luxembourg (Germany), and Emma Goldman (United States)… this worldwide conspiracy for the overthrow of civilisation and for the reconstitution of society on the basis of arrested development, of envious malevolence, and impossible equality, has been steadily growing. It has been the mainspring of every subversive movement during the 19th century; and now at last this band of extraordinary personalities from the underworld of the great cities of Europe and America have gripped the Russian people by the hair of their heads and have become practically the undisputed masters of that enormous empire.” – Winston Churchill, Illustrated Sunday Herald

Anyone will know the Kabbal by their organizations, which include The United Nations, The World Health Organization, UNESCO, among others. You will know their code by words with double meaning, such as “Unity,” “Sustainable,” “Universal,” “Health,” and “Smart.” The code is encrypted in the language of Gematria that goes back to the ancient Hebrew and The Old Testament.

To accomplish its goal of global control, the Kabbal plan to herd people out of rural areas. The United Nations (U.N.) calls it “Smart Growth” under the  The Sustainable Development Agenda.  UNESCO claims that “By 2050, cities will host 2.5 billion more urban dwellers, making the world almost 70% urban.” For more detail on how they plan to accomplish these goals, see  The United Nations Agenda: A Totalitarian Map. Part of the Sustainability Agenda is how the U.N. plans to feed the world with crickets.

The Playbook that orchestrates world events is disclosed in a script authored by globalists who meet together annually in Davos, Switzerland. The script, which plays out as reality is found in the “news,” fiction, non-fiction, movies, cartoons, TV shows, sports, entertainment, and rigged s-elections. See Does Predictive Programming Create Reality?

The script tells humanity that we are living under The Great Reset, a term was first coined in the 2011 book “The Great Reset: How the Post-Crash Economy Will Change the Way We Live and Work.”

These prescribed changes will include new medical dictates that coerce compliance with specific medical interventions over, while disallowing others, in order to participate in the new Global Society. As medical and scientific practices extend beyond state and national borders to merge into one nebulous blob, biological and medical ethics are left to be redefined and introduced as new “Universal Standards.”

New global Universal Standards are being drafted as an Instrument of Universal Principles that will ultimately impact general principles of bioethics, including human dignity, solidarity, freedom of research, respect for privacy, confidentiality, non-discrimination, informed consent, integrity of research and intellectual honesty.

The first steps of the elaboration of the Declaration is found in The Universal Declaration on the Human Genome and Human Rights.

Per the website: Why is the IBC looking at genetic advances such as genome editing?

A number of new techniques have emerged with the potential to dramatically change the possibility of intervening on human genetic material, including genome editing. These advances raise important questions about ethics, morality and the impact of scientific advances on the rights of individuals.

Of course, the IBC acknowledges that this type of editing raises serious concerns, especially if the editing of the human genome should be applied to the germline and therefore introduce heritable modifications, which would be transmitted to future generations. So, it has called for “a moratorium on genome editing of the human germline.” At the same time, it qualifies the moritorium with double speak:

Interventions on the human genome should be admitted only for preventive, diagnostic or therapeutic reasons and without enacting modifications for descendants.

Scientists exempt themselves from their own rules when experimenting in special circumstances because gene technologies are being used today in vaccines, when recombinant RNA and DNA incorporate into the genome to create unknown changes. Scientists have also showed that genomic instability is an early event in aluminum-induced tumor formation. Aluminum adjuvants are found in vaccines. See more in the article, Warning: The Anti-ferility Shot.

See the article, Designer Nanobots Changing Humanity. DNA technologies like CRISPR ,“clustered regularly interspaced short palindromic repeat,”are specific tools already used to modify genes. Even eating genetically-engineered food change your genes if you eat it consistently. The tools are so cheap and widely available that they can be purchased online from garage scientists.

In November of 2015, scientists reported,“The first genetically modified humans could exist within two years.” As with GMO foods, scientists disclose only what they have already been doing for a long time.  Geo-engineered weather has been disclosed since the mid-18oos and today, organizations such as the American Meteorological Society and the World Meteorological Organization manipulate the weather through cloud seeding and other technologies. Companies like PG&E carry out the task of spraying silver iodide, a Class-C toxin, aerially or from ground-based towers in an effort to induce rain.

The world is based on a physical construct. But humans are more than physical. If humans do not understand their power to transcend the physical, they consent to the new global societal reconstruction. They don’t pass the test. They stop their own evolution. Being more than a body means you have free will. You have the right to informed consent, but you’ll have to inform yourself. You have access to subtle abilities that allow for self-healing, so you’ll have to heal yourself. See more on The Self-Healing Journey. This is a test of evolution on an individual level.

According to the 2005 UNESCO Declaration on Bioethics and Human Rights, “medical intervention” requires the “free and informed consent of the person concerned.” However, the declaration contradicts itself by stating, “Although the patient must in principle consent to treatment and have the right to refuse it, in most cases implicit consent may be sufficient.” Implicit consent means implied consent. Implicit consent “can be inferred from the conduct  [silence], and/or other business relationships of the recipient.”

According to the 2005 UNESCO Declaration on Bioethics and Human Rights, “medical intervention” requires the “free and informed consent of the person concerned.” However, the declaration contradicts itself by stating, “Although the patient must in principle consent to treatment and have the right to refuse it, in most cases implicit consent may be sufficient.” Implicit consent means implied consent. Implicit consent “can be inferred from the conduct  [silence], and/or other business relationships of the recipient.”. 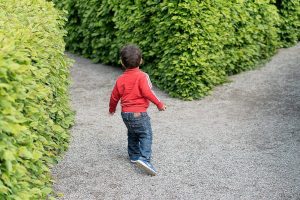 Rights granted and legalized by governments are not rights at all. Governments do not legislate choice unless you allow it. Governments grant privileges and benefits that can be altered restricted, and abolished by legislation or Executive Orders. Note how this happens with the removal of vaccine exemptions granted by governments. When governments calls the shots, exemptions are nothing but a ruse. What is freedom and how do you keep it? Read more from my article Freedom Exists Under Natural Law.

Choice must always be preserved apart from science, in each individual. Science is about debate. There is no “consensus science.” As society is reconstructed by a select group of men, without your permission, you still always have the choice about what happens to you and your body. But you must self-inform and do the work to defend your right to choose for yourself.

Rosanne Lindsay is a Naturopath, Herbalist, writer, and author of the books The Nature of Healing, Heal the Body, Heal the Planet and Free Your Voice, Heal Your Thyroid, Reverse Thyroid Disease Naturally. Find her on Facebook at facebook.com/Natureofhealing. Consult with her remotely at www.natureofhealing.org.