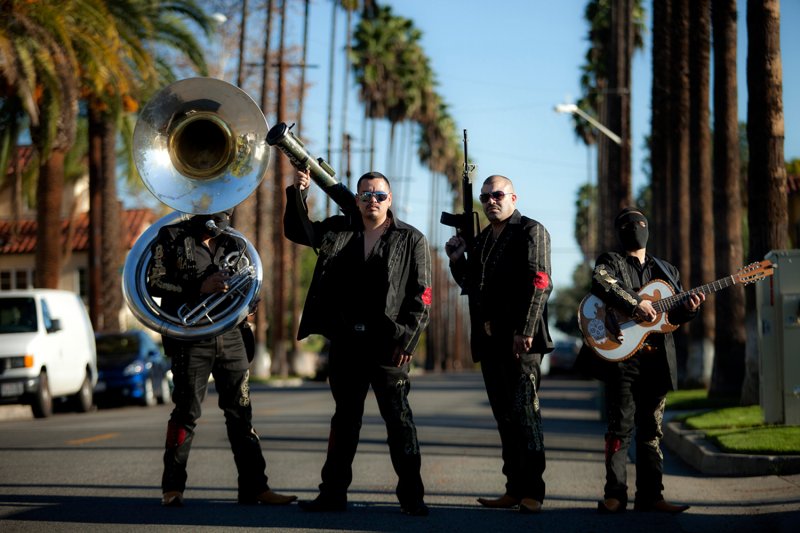 There’s something bothering Edgar Quintero, lead singer of the Mexican-American band Buknas de Culiacan, which specializes in songs that glorify Mexican drug kingpins. Quintero lives in Los Angeles with his family and he’s a star in his increasingly popular musical genre, which is a little like the gangster rap of Mexico. But, as filmmaker and photographer Shaul Schwarz shows in his feature-length documentary Narco Cultura, Quintero can’t shake the feeling that he’s faking it. He sings about people and events he knows – and in slang he learns – mainly from the Internet. He yearns to cross the border and see the real Mexico. For Quintero, the real Mexico is the state of Sinaloa, home to the world’s deadliest drug cartel, and perhaps the last corner of the country most tourists would choose to visit. Quintero decides to scratch his itch; he and another member of his band hit the road 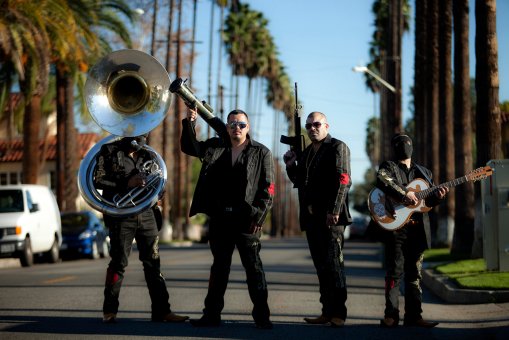 So starts the most illuminating, if by no means the most shocking, sequence in Narco Cultura. Here’s Quintero firing a handgun into the Sinaloa sky, trying to look like a real narco, making sure someone is filming him for posterity on a smartphone. Here he is singing to a crowd of fans who can mouth his lyrics—and, unlike him, also happen to know from experience what it’s like to live a world controlled by drug lords. Here he is hanging out with an older man who sits at a table on which there is $100,000-worth of crystal meth in transparent bags and a couple of handguns. (Quintero is soon stuffing some of that meth up his nose.) And here he is being informed that a real-life Sinaloa narco wants Quintero to come to his home to sing—now.

The look on Quintero’s suddenly terrified face lasts a few seconds and encapsulates the theme of Schwarz’s movie: the discomforting co-existence in Mexican and Mexican-American life of the horrifying violence of the drug wars and its celebration in pop and movies. Quintero goes to the narco’s house but you know what he’s suddenly thinking: perhaps this isn’t so glamorous – can I go back to Los Angeles now please? He may sing lyrics like this: “We’re bloodythirsty, crazy and we like to kill. We are the best at kidnapping. Our gang always travels in a caravan, with bullet-proof vests, ready to execute.” But he’s no narco: he can’t hit a single empty bottle on a post from a few yards away when shooting a handgun in another scene from his Sinaloa road trip. There’s a very fine line between real narco life and narcocultura and you can almost see Quintero shuddering as he edges too close to that line.

At one point in the film the narcos are referred to as Robin Hood-like figures. A teenage girl explains how much she wishes she could be the girlfriend of a narco. “I think we can be the next hip-hop,” says one figure in the music industry.

The narcocorridos – the name given to the traditional-sounding foot-stompers that chronicle the lives of the drug lords and their murderous henchmen – have a surprisingly broad audience. In another jarring sequence the film’s other major character, an astonishingly brave Mexican crime scene investigator named Richi Soto, whose colleagues are regularly murdered, is hosting a party at the home he rarely leaves other than to go to work. The singer of the band his family has hired sings a cheery song from the perspective of a narco, just the sort who would love to see sweet-natured Richi shot on his doorstep.

If narcocultura appears to be seeping so far into Mexican and Mexican-American culture that cops dance to it at home then its omnipresence reflects the real-life violence of the drug wars. And Schwarz’s film makes it clear how unrelenting and awful that violence is. He’s helped by the remarkable access he gains to those on both sides of the drug war. Schwarz follows Soto to the morgue, to crime scenes so numerous you lose count, and, incredibly touchingly, to the bedroom in his parents’ house that he’s slept in since boyhood. When Soto crosses the border and walks around a mall – his colleagues keep getting killed and he’s considering abandoning Mexico with his girlfriend – Schwarz follows him. Soto looks lost and a little in a place that seems beatifically calm to him – but isn’t his home 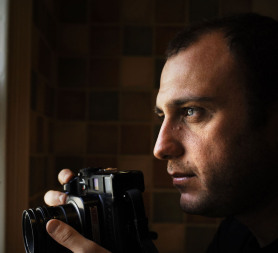 The “World of Tomorrow” may feel like a thing of the past, but it lives on — albeit more modestly

Schwarz’s access is a result of his courageous years of working the drug wars beat as a photojournalist, a diligence that has for many years made him the leading visual chronicler in still images of the violence. And he brings his photographer’s eye and techniques to his film making. Often he keeps his camera perfectly still and lets it roll for a long time to create what are essentially still lives in moving pictures – often of bodies or blood-spattered cars. That stillness allows you time to gaze at the detail of the gore on the inside of the windshield, taking it in and perhaps thinking about the person whose life has just been blasted away. Stills allow for that contemplation. Films about violence often do not.

For all the horror, these are remarkably beautiful images, and that makes Narco Cultura stand out from a lot of documentaries filmed in conflict zones. Most conflict films are exhausting and upsetting enough; jittery, hand-held camerawork and quick edits can leave the audience feeling even more drained. Schwarz lets you breathe. When Soto describes his city – the battlefield that is Juarez – as “beautiful” you can see that beauty with your own eyes. You can see why Soto doesn’t really want to move to the land of the safe, sanitized mall even if it would save his life. Ciudad Juarez has become a city most outsiders would assume every sane resident wants to abandon. Schwarz’s bravery and patience allows Soto to show us why he’s risking his life to try to make Juarez safe again.

Shaul Schwarz is an Israeli documentary film director, cinematographer and award-winning photographer, currently based in Brooklyn. His film, Narco Cultura, premieres in New York and Miami on Nov. 22nd.