– “…It is merely a glimpse into some of the more significant possibilities that might launch this planet into a repeat of 1914 when the modern world was sleepwalking into the greatest catastrophe it had yet to see. We can no longer afford to continue sleepwalking. Like the first World War, a new world will undoubtedly rise out of the ashes. But these ashes will be nuclear, and the world will be far different from the one in 1919”

If 2020 had a slogan, it would be “The Year Of Our Discontent.” This sentiment is felt in virtually every country globally as national governments declare war on their economy, the working class, the poor, and the very old and the very young. In America, the “discontent” is genuine.

Already reeling from a mass propaganda campaign of division created by the MSM corporate outlets, Americans were still attempting to claw their way out of an economic depression with some success. 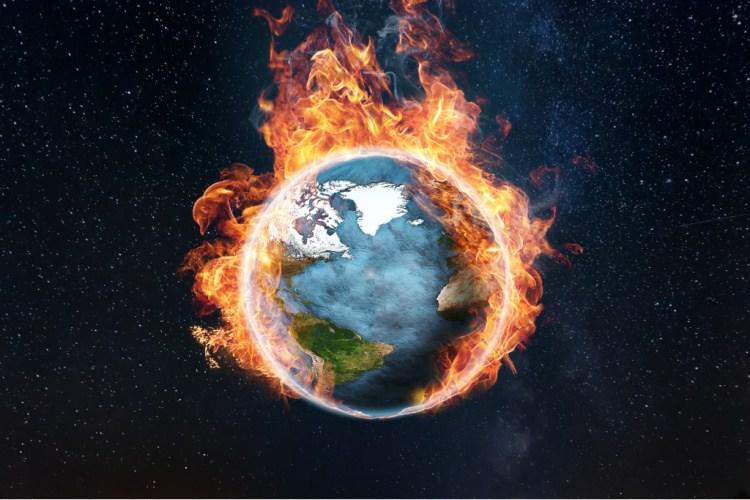 Then, of course, came COVID.

China engaged in a massive police state repression of what few individual liberties existed, locking residents in their apartment buildings, disappearing doctors, and, allegedly, patients themselves. Australia and Western Europe joined in the hysteria, with Australia attempting to become as totalitarian as the Chinese and mainly succeeding.

Western Europe engaged in the biggest propaganda campaign since the war in Iraq and the United States. Locked in some media manipulated struggle, Western Europe saw its governments shut down their economies, deploy National Guard troops, enforce lockdowns, and wear masks for their states’ populations.

As a result of the implementation of Communo-Fascism, the world’s economy tanked, shrank, and may never come back as long as these governments and “leaders” remain in power.

In America, however, amid the economic collapse and COVID hysteria, a new threat has emerged.

Almost every major city in America is experiencing violence on a nightly basis. Riots, physical assaults, vandalism, and street clashes are becoming ordinary. Some conflicts are deadly as the “right” begins to fight back against the attacks of the “left.” We’re seeing armed conflict in our streets on an increasingly regular basis.

For those living in America, the civil war, societal disruption, and chaos sowed overseas for so many years appear to be germinating back home.

In other words, the empire appears to be collapsing as they all inevitably do.

But, when empires collapse, they often leave a vacuum. At the very least, they present opportunities to other powers and, especially, other empires.

In addition to America’s problems at home, it appears the entire world might be sleepwalking into a third World War and yet another “restructuring” of the world order. Seemingly localized incidents have an international and global root, and the reverberations will be felt across the entire planet.

While most people alive today might believe that the first World War was a direct result of the assassination of Franz Ferdinand, the truth is somebody laid the groundwork for that war years prior. Indeed, even after the assassination, the sparks did not immediately fly. As Historian Christopher Clark wrote, the world was “sleepwalking” into one of the greatest catastrophes of the 20th Century.

It took over a month before the first shots of the war were truly fired after the assassination. In the meantime, the world’s population carried on as it had prior – going to work, going to school, engaging in business, etc. Politicians crowed about national dignity and others about retribution. In a sense, once the initial shock of the assassination had worn off, life continued as usual until it didn’t.

It is now entirely possible that we find ourselves in just the same type of situation.

While the world’s people are focused on a virus and America teeters on the brink of a civil war, the world’s governments are positioning themselves for a global conflagration, the likes of which we have never seen if for no other reason that the existence and proliferation of nuclear weapons.

Below are just a few examples of the world’s current hotspots that could, at any moment, drag the entire globe into a military confrontation.

The Armenia/Azerbaijan conflict continues apace. Both sides have fired at one another repeatedly over the past few years. On Sunday, however, the situation erupted and an official state of war was declared in the region.

“Early in the morning, around 7 a.m. the Azerbaijani forces launched a large-scale aggression, including missile attacks…” Armenia’s Defense Ministry stated Sunday. Armenia has since reportedly declared martial law and a “total military mobilization” in what looks to be the most serious escalation between the two countries in years.

Air and artillery attacks from both sides ramped up, with each side blaming the other for the start of hostilities, while international powers urge calm. Crucially, civilians have already been killed on either side by indiscriminate shelling. At least a dozen soldiers on either side have also been reported killed.

Armenia’s high command has ordered all troops throughout the country to muster and report to their bases: “I invite the soldiers appointed in the forces to appear before their military commissions in the regions,” a statement said. (source)

While previously avoiding large-scale military clashes, there is potential to bring in much more significant players – Russia and Turkey and NATO itself- as both nations are acting as patrons and weapons suppliers to the Armenians Azeris. Read the article, “Regional Conflict Brewing In Azerbaijan, Armenia,” to get a clear understanding of the conflict taking place.

Although things might not appear as dangerous today as they did during the time period of Obama’s “red lines” in Syria and the highest point of American provocation in Ukraine, 2020 has marked direct, albeit minuscule, skirmishes between Russians and Americans in Syria.

Incidents of fistfights followed numerous Russian and American refusals to allow others to pass through checkpoints. American and Russian soldiers have intentionally run each other’s patrols off the road, resulting in injuries. It is now commonplace for these forces to collide in this manner, with one or the other being forced off the highway by a slightly more substantial contingent of opposing forces, complete with helicopters circling overhead.

Even if the Russian and American militaries’ strategy is to “let boys be boys,” how long will it be before those boys decide to fire on one another?

Of course, there is a second front where the United States and Russia could potentially find themselves in a military conflict, one even more dangerous than Syria. After all, Ukraine is on the border of Russia and, for that reason, an immensely more important region. Russia maintains a covert force in Eastern Ukraine.

In contrast, the United States maintains troops in Western Ukraine, and shelling still occurs regularly between the Western and Eastern sides. Any major incident between the two would have cataclysmic repercussions for the world. While Russia might not go all the way to defend Syria, it will absolutely do so in Ukraine.

While analysts seem divided on China’s question – some argue China is a victim of US imperialism, while others see it as the root of all evil – the truth is somewhere in between.

China and the US are unquestionably at odds with one another. However, China is every bit as much an empire as the United States, and it is much more adept at playing the long game.

However, recently, as the Trump administration in the United States begins calling out unfair trade practices, WTO favoritism, and Free Trade policies and attempting to bring jobs back to the United States from Chinese sweatshops, China has responded more traditionally.

From retaliatory and targeted tariffs (fair enough) to alleged cyber attacks, China is responding. However, the Chinese response has come in the form of traditional military tactics and preparing for “unrestricted warfare” with the United States. In other words, war with no rules.

But China has also increased its aggression against its Asian neighbors in the east, most notably Japan and Vietnam. Chinese friction with Japan is perhaps the most well known, and it centers around the Senkaku Islands (Diaoyu in China). Also, China is attempting to extend its borders in the South China Sea by creating artificial islands to stretch its maritime claims.

Japan is now openly preparing for war with China, having changed its Constitution to allow its army to operate overseas and begin planning stages for a defensive strategy of offense.

Its tensions with Vietnam and the Philippines also stem from a desire to impose its empirical desires upon those sovereign governments generally within the orbit of the United States.

Taiwan has always been a sore spot with China, with PROC maintaining that it’s the ultimate goal is “liberation” and return of Taiwan to mainland China. However, recently, China has become even bolder in its claims, threatening imminent war to reclaim Taiwan.

Greek and Turkish relations have always been tense. Yet, Western audiences persist in believing they are outside of history and that any Euro-Med country is beyond the point of starting pointless wars.

However, Turkey’s moves in the Mediterranean in 2019 (signing a maritime treaty with Libya involving Greek waters and islands without informing Greece) and attempting to explore for gas and oil in Greek territorial waters have led to several face-offs between the two countries, including some alleged and unconfirmed clashes between naval and coast guard forces.

A war between Turkey and Greece would necessarily involve the rest of Europe, as evidenced by the fact that France has already sent token air support to the region to deter Turkey.

Of course, Germany’s close relationship to Turkey may not put it on the side of Europe and possibly raise tensions between France and Germany if the conflict goes too far. Europe may very well find itself in yet another inter-European quagmire with the wildcards of NATO, US, Russia, and the ironically capitalistic Chinese waiting in the wings.

This is by no means an exhaustive list of conflicts shaping up around the world. It is merely a glimpse into some of the more significant possibilities that might launch this planet into a repeat of 1914 when the modern world was sleepwalking into the greatest catastrophe it had yet to see.

We can no longer afford to continue sleepwalking. Like the first World War, a new world will undoubtedly rise out of the ashes. But these ashes will be nuclear, and the world will be far different from the one in 1919.

The building blocks for that world are already in place, but that is a topic for another article