– “…Religion should cease to provide the cloak of legitimacy to such blatant wrongdoings including ‘Casino Capitalism’ in our age, Agnivesh insisted. Only then will faith in the Divine, belief in the Almighty, become a conduit for the expression of justice, compassion, love and other such virtues. For Agnivesh it was the triumph of these values through human action that was the real purpose of life. Organised religion as it is presently constituted will not allow these values to reign supreme.  This is why he often espoused a deeper, broader spirituality that went beyond religion as it is normally understood” 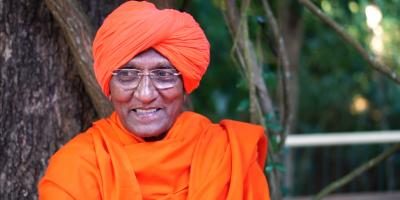 Swami Agnivesh has left us. And yet he is still with us.

He was undoubtedly one of the most courageous fighters against religious fanaticism and religious bigotry of our time. He spoke out without hesitation against fanatical Hindus who distorted religious teachings to justify exclusive interpretations of the faith. Chauvinistic trends within the community that have been gaining currency in recent years —- trends that demean Hinduism’s inclusivism and universalism — earned Agnivesh’s wrath. He denounced those who resorted to narrow, bigoted interpretations of the religion’s perennial truths as traitors and opportunists.

Even before some of these more recent trends in the community, Agnivesh was already a vocal critic of caste practices and the entire caste system just as he was an uncompromising opponent of Brahminical power and influence. Widow immolation in some rural localities in India and other traditions which degraded women also incensed the reformer.

Conventional Hindu leaders like their counterparts in other religions often allowed attitudes and practices that contradicted the essence of their faith to flourish partly because they did not want to antagonise the powerful within their respective communities or because they too benefitted from the prevalence of such attitudes and practices. One such practice which Agnivesh the activist combated with all his energy for decades was bonded labour. He rightly saw it as a blot upon human dignity.

India: The Assault on Scholar and Social Activist Swami Agnivesh

Even more abhorrent institutions and systems have co-existed with religions for millennia. Slavery and racism would be two such examples. Religion should cease to provide the cloak of legitimacy to such blatant wrongdoings including ‘Casino Capitalism’ in our age, Agnivesh insisted. Only then will faith in the Divine, belief in the Almighty, become a conduit for the expression of justice, compassion, love and other such virtues.

The advocacy of a deeper spirituality at the level of the real and concrete meant defending the legitimate rights of all human beings. Agnivesh did this on numerous occasions. The rights of minorities such as Muslims and Christians in India were also his concern. It is believed that it is for championing such causes that he was assaulted by a group of hoodlums in July 2018 in the Pakur area of Jharkand state. It is alleged that Agnivesh’s assailants were linked to power and authority. They and their ilk often claim that they are defending their faith.

By standing up against such ugly forces, Agvinesh has set an outstanding example for all of us.  This is why he remains eternally relevant. This is why I had opened this obituary by emphasising that he is still with us.  Indeed, Agnivesh’s words and deeds resonant much more with us today than ever before because bigotry and fanaticism are getting stronger in many parts of the world.  Our resistance — purportedly Agnivesh’s last message as  conveyed to a friend —  should therefore also get more organised and more focussed.

There is no better way of honouring the man than by continuing his struggle which is our struggle — the struggle to nurture a true spirituality expressed through our lives while exposing a false religiosity that conceals stark hypocrisy.

Dr Chandra Muzaffar is the President of the International Movement of a Just World (JUST), Malaysia.