– “…In one of the greatest public disinformation campaigns in American history — the Left and their NeverTrumper allies (under the nom de guerre: “Transition Integrity Project”) released a 22-page report in August 2020 “war gaming” (their term) four election crisis scenarios”

How To Steal An Election – By Chris Farrell

How does one ensure their political allies are ideologically synchronized, and know exactly how to disrupt a presidential election? What about the “journalists” in the news media and the babblers on social media — how does one get them onboard with the planned nationwide revolutionary disruption? Easy! Publish a report titled: “Preventing a Disrupted Presidential Election.”

In one of the greatest public disinformation campaigns in American history — the Left and their NeverTrumper allies (under the nom de guerre: “Transition Integrity Project”) released a 22-page report in August 2020 “war gaming” (their term) four election crisis scenarios:

4. A period of extended uncertainty after the election.The outcome of each TIP scenario results in street violence and political impasse.

Publication of the TIP report is an information warfare strategy employed for revolutionary political purposes. The strategy is sophisticated and multifaceted. The TIP document:

Is it possible that the leadership of the American Left, along with their NeverTrumper allies, are busy talking themselves into advocating and promoting street violence as a response to a presidential election?

The answer is: Yes. 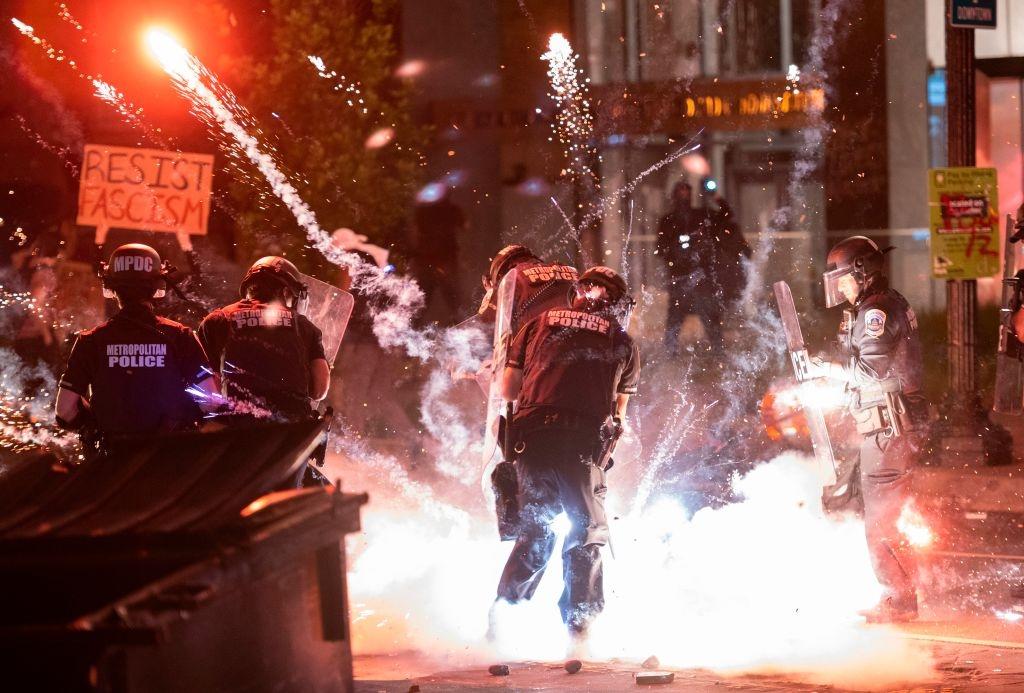 In the opening paragraph of their “bipartisan” report, TIP states: “We assess with a high degree of likelihood that November’s elections will be marked by a chaotic legal and political landscape.” Especially if they have their way.

An alternative to one of the war-gamed scenarios resulted in the TIPsters advocating for the secession of Washington, Oregon and California. Is there no sense of historical irony in the Democrat party? Secession over an election? Again?

The single greatest irony of the TIP report is the overwhelming use of “projection” in framing and characterizing various claims against President Trump (and his supporters) as a means to justify the Left’s “irregular” plans to disrupt the election process.

Projection, as a political technique, is not a secret. The American Left has never bothered to hide or disguise it, nor have they even found it desirable to do so.

The covert portion of the projection technique is the funding and organizational involvement behind the projection itself. Who is paying the bills for TIP and its affiliates? This is a highly organized, sophisticated operation with career political operatives calling the shots. No one does this for free, and someone (or some entity) is paying the bill. Who?

The TIP report is itself an exercise of power. Political intelligence information and public policy strategies are being fused through the actions of TIP. That synthesis is a demonstration of real political power, and it is being implemented in a written plan that contemplates street violence to affect the outcome of the US presidential election. The political power resourced and generated from a document like the TIP report can be used for persuasion (through news and social media), indoctrination (of activists and other “true believers”), and introduces the threat of terror and street violence (to the general population) as a “normal” or “expected” outcome.

Here is how the news and social media narrative is coming together and what you will see, hear and read in the next few weeks:

“Yes, expect violence in the aftermath of the election, because now that is the new ‘normal.’ Trump made us do it. He made us take the election, because the old, regular system just cannot be relied upon. That’s why we had to publish our report, so we could organize ‘around’ all of the regular processes. Obama promised ‘fundamental transformation,’ and now, years later – we’re finally going to deliver.”

What evidence is there of awareness and preparedness on the political Right to confront and counter the TIP (and other Leftists) and their plans to disrupt the election? Not much. Time is short. The Left’s threat of violence and subversion of the election is real. How we respond is critical.

2 thoughts on “HIGH CRIMES: How To Steal An Election – By Chris Farrell ”