– “…Born fatherless on a collective farm, Alexander Lukashenko became the most skilfull head of state in Europe. That being said, Belarusians may have grievances against President Lukashenko, but not against his policies. All the connoisseurs of the country, whether they are among his supporters or among his opponents, admit that his policy is in line with the concerns of the Belarusians”

Who Wants to Overthrow President Lukashenko? – By Thierry Meyssan

The Western press highlights Svetlana Tikhanovskaya as the winner of the Belarusian presidential election and accuses outgoing President Alexander Lukashenko of violence, nepotism and election rigging. However, an analysis of this country shows that the policies of its president correspond to the wishes of its citizens. Behind this fabricated quarrel lies the spectre of Ukrainian Euromaidan and a provoked rupture with Russia. 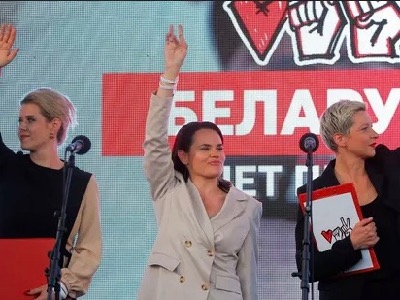 Svetlana Tikhanovskaya managed to gather both thousands of liberals and neo-Nazis against President Lukashenko.

One of the objectives of the Euromaidan coup (Ukraine, 2013-14) was to cut the Silk Road in Europe. China reacted by changing its route and passing it through Belarus. From then on, Minsk tried to protect itself from the same destabilization by pursuing a more balanced policy towards the West, participating in military manoeuvres with Moscow and agreeing to supply arms to Daesh, which Moscow was fighting in Syria.

However, despite Minsk’s prevarication, the CIA intervened on the occasion of the presidential election of 2020. Svetlana Tikhanovskaya defied the outgoing president, Alexander Lukashenko, who was running for a sixth term. She obtained only 10 per cent of the vote, cried fraud and fled to Lithuania, where Frenchman Bernard-Henri Lévy rushed to welcome her. Unanimously, the Western press denounced the “dictator” and hinted that Madame Tikhanovskaya had been victorious in the election.

The reality is much more complex.

First of all, while it is quite possible that the elections were rigged in favour of the incumbent president, it is highly unlikely that Svetlana Tikhanovskaya came close to the majority, as what she represents is foreign to the vast majority of Belarusians. For the past 30 years or so, a debate has been going on in the country about its European identity. Is it culturally close to pro-US Western Europe or does it belong to Slavic, pro-Russian Europe? Without a doubt, the answer is that Belarusians are culturally Russian, even if some of them do not speak exactly the same language. Admittedly, two small minorities profess divergent opinions: the first calls itself “nationalist” in reference to the short-lived Belarusian People’s Republic (1918-19) whose organs in exile collaborated with the Nazis during the Second World War, then with the Stay-Behind networks of NATO; the second says it is in favour of the liberal model and the European Union.

Unlike Ukraine, which is divided into two culturally distinct zones (the pro-German West and the pro-Russian East), Belarus fundamentally thinks of itself as Russian, although politically independent of Moscow.

Secondly, if there was any doubt about the role of the US secret services in this affair, the emergence of Bernard-Henri Lévy should remove it. The rich heir of a precious wood import company made a career writing anti-Soviet essays. Sold by his publisher as a “New Philosopher”, he still passes for a “philosopher” today. He supported the “freedom fighters”, i.e. the Arab mercenaries of the Muslim Brotherhood in Afghanistan against the Soviets, including their leader Osama Bin Laden. He sided with the Contras in Nicaragua, i.e. the South American mercenaries of John Negroponte armed by Hashem Rafsanjani’s Iran. He boasts of having been press advisor to the Bosnian President Alija Izetbegović when the former pro-Nazi had the American neoconservative Richard Perle as political advisor and the aforementioned Osama Bin Laden as military advisor. I remember how afterwards he impressed me by explaining to me that it was necessary to bomb Belgrade to bring down the “dictator” Slobodan Milošević. I did not understand very well why the pro-Nazi Izetbegović was a “democrat” while the communist Milošević was a “dictator”. Anyway, going back in time, Bernard-Henri Levy, now nicknamed “BHL,” gave his noisy support to the Chechen Muslim Brotherhood, which formed the Islamic Emirate of Itchkeria on Russian territory. According to a report from the Jamahiriya’s foreign services, he participated in the meeting organized by Republican Senator John McCain in Cairo in February 2011 to settle the details of the overthrow of the “Gaddafi regime” which was then cited as an example by the United States. The French were surprised to see him announce in the courtyard of the Elysée Palace, in the place of the Minister of Foreign Affairs, his country’s commitment against the “dictator” (all the men to be shot – and they alone – are “dictators”). Of course, he was on Kiev’s Maidan Square during the “color revolution” led there by authentic Nazis. 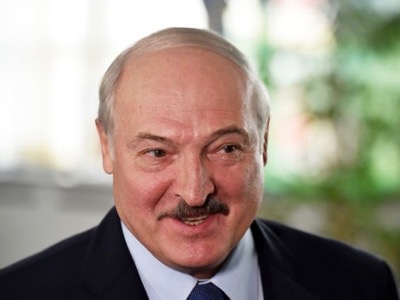 All those who approached Alexander Lukashenko were astonished by his intelligence, charisma and incorruptibility. Those who accused him of advocating attachment to Russia out of political calculation and not out of conviction admitted that they were mistaken when he maintained his position despite Moscow’s rebuffs and the incredible gas war between the two countries. All were surprised by his extraordinary abilities which made him threaten the power of President Boris Yeltsin when he proposed union with Russia.

The main reproach that one could level at President Lukashenko is that he made several opposition leaders disappear; an accusation that he vigorously denies, accusing these personalities of links with criminal organizations that would have turned to their disadvantage.

For years, his opponents accused him of enriching himself on the backs of the nation without ever providing the slightest proof. Yet all international operators know that when Belarus signs a contract, the retro-commissions never exceed 5%, compared to 10% for the USA, 50% for Yeltsin’s Russia (this figure fell to 10% under Putin’s administration) and 60% for Iran. It is clear that the man is not motivated by money. In the absence of corruption, Western propaganda began to accuse him preventively of nepotism for the benefit of his young son, Nikolai, known as “Kolia”.

The only reproach that can be made against him is that he regularly makes anti-Semitic and homophobic remarks – never having supported anti-Semitic or homophobic acts. In doing so, he is unfortunately in line with the leaders of his country.

Since the beginning of the crisis, President Lukashenko has been claiming that the opposition of Svetlana Tikhanovskaya and her allies is a West-East geopolitical problem and not a national political quarrel. While this opposition claims not to be at the service of any foreign power.

Apart from the irruption of Bernard-Henri Lévy, several elements suggest that Alexander Lukashenko is telling the truth.

The Psychological Action Group of the Polish Special Forces seems to have been extremely active since the beginning of the crisis in the service of Madame Tikhanovskaya.

Finally, the Lithuanian government, which is also hosting Svetlana Tikhanovskaya, is also involved.

However there is no trace of the European Union, unlike the Ukrainian Euromaïdan. So the most likely is that Washington is orchestrating regional actors (Poland, Ukraine, Lithuania) against the Slavic world.

In any case, the Russian President, Vladimir Putin, has just set up a reserve force, capable of intervening in Belarus to support the institutions and President Lukashenko; this at a time when the two men have maintained relations that are sometimes very conflicted.