– “…Psychedelics at one time caused a moral panic in America….I believe that if conservatives dared to venture into the psychedelic world, they could positively affect its cultural context, as well as add invaluable insights and language not linked to the left counterculture” 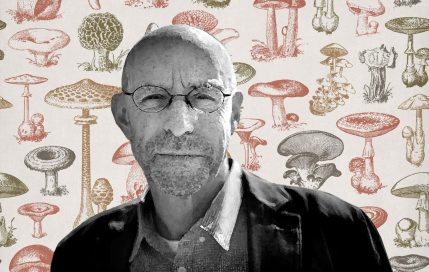 One of the recent books that captivated me was Michael Pollan’s How to change your mind. There are plenty of reviews out there, and this will not be a review. It’s more of a critique – not of him, but of the paradigm into which psychedelics have fallen. The book is recommended: a well written, relatively sober compendium of history, current research, and the author’s excursions into tripping with several substances.

The book is specifically about psychedelics, mostly magic mushrooms and LSD. These substances are non-addictive (some call them anti-addictive since they have been used to cure addictions), they quit working if used often, and are among the safest drugs out there, medicinal or not.

Psychedelics are used in modest, “esthetic” doses, and in heavy doses, which can lead to temporary ego disappearance and to mystical and healing experiences, as well as scary “bad trips” and poor decision-making. They have been of late used in microdoses (1/10th of the usual dose) to boost creativity and counter depression.

Pollan dwells mostly on the positives, and to simplify his long argument, these are as follows:

Psychedelics at one time caused a moral panic in America, and I am still trying to understand the basis of the negative perception of these experiences among conservative folks that seems little affected by changed understanding and new research. Rod Dreher, a well-known conservative blogger, got attacked by his readership for doing a friendly review of Pollan’s book. I believe that if conservatives dared to venture into the psychedelic world, they could positively affect its cultural context, as well as add invaluable insights and language not linked to the left counterculture. 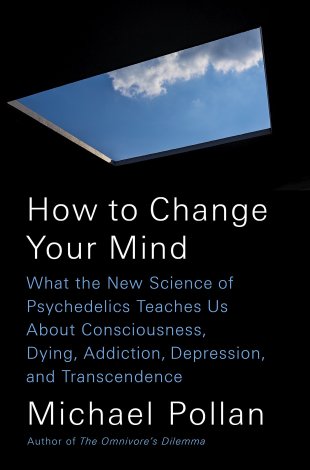 Now to list the negatives, as I understand them so far.

There are two things that bothered me the most. The first is the lack of emphasis on dealing with radical suggestibility. Pollan makes much of the guidelines that have been developed by underground sitters who run psychedelic retreats. And they are indeed essential. But too little attention has been paid to the ethical boundaries of people who find themselves in the position to influence the experience of psychedelic journeyers. What sort of a thing will it do to your inner being to have to listen to New Age music for hours on end? Pollan calls it spa music, yet submits to it without demur. Even when it leads him to “places” he very much dislikes.

The second thing that struck me was the marked lack of spiritual anchoring that results in people accepting sets and settings that abound in New Age artifacts, music, prayer, and symbolism. Pollan admits that he does not have a clue about religion or spirituality, and so he allows himself to be led like a sheep to slaughter. Maybe the ethical guidelines could notice this vulnerability and address it? Just maybe? Since he has no idea how to pray or to make his own altar, he has others with axes to grind do it all for him. Should people diving into deep suggestibility get pushed into other people’s spiritual frameworks? A good idea he stresses is spending time after the experience unwrapping what happened. But is it really helpful to have it done under circumstances of more New Age ideation? There is a moment when his sitter tries to insist that Pollan’s hyperventilation-caused A-fib episode was really a “heart opening.” Pollan rejects that one in no uncertain terms, but there are other examples in the book that could use closer attention.

And finally, I would like it noted that in my view, the people who watch over psychonauts to keep them safe are not Guides, as they call themselves. The guides are the fungi, not the humans, and I find this self-designation presumptuous and inaccurate. “Sitters” is the more common, accurate and quite down-to-earth designation, though, naturally, less ego-inflating.

Don’t get me wrong. A measure of self-inflation is a key survival skill. If we steadily focused on naked reality in its gory glory and our own fragility and mortality and the given hardships of life on this planet, who’d want to carry on? Psychedelics can lift a person up. But even when you get yanked up by a fungal helium balloon, be here now. I am intending to let the fungal wisdom guide me, not my wildly rebounding ego.

Why am I telling you this? Because I have never taken a heroic dose of a psychedelic, and when I do, I want to do it my way. My guidelines, my rules, my own set and setting. I’ll make it public so that we can all compare notes. I think I’ll skip the music and use the eye shades only intermittently. I’d rather hear the birds or watch the snow falling… Many too many years ago, my magic mushroom experiences (of the modest kind) were always interactive, in the company of other journeyers; on two occasions a sitter was present as well. They were accompanied by visuals of shimmering transparent latticework and Southwestern Indian geometric patterns. Everything in the world seemed hilarious and I was four years old again. But this time, I will go deeper. Stay tuned.