The great reset could be underway as a “social-bomb” explodes across American cities due to the virus pandemic, depressionary unemployment, and social unrest. Much of the destabilization is happening in Democratically controlled metropolitan areas as residents flee for suburbia and or rural communities.

About five months into the exodus, city dwellers are continuing to leave big cities. We’ve noted this trend could be red hot for a couple of years.

As the outbound migration from cities gains momentum, people are now leaving in groups, pooling capital together, buying land, and building towns of their own. This is precisely what’s happening in Georgia.

Georgia-based realtor Ashley Scott started The Freedom Georgia Initiative with her investor friend, Renee Walters, calling the movement to purchase land an opportunity to build a safe town for black people to thrive.

In total, 19 black families pooled together funds and bought nearly 100 acres in Toomsboro, Georgia, with plans to create a “new black Wall Street” and a community where black people aren’t murdered by police.

“We figured we could try to fix a broken system, or we could start fresh,” Scott wrote in a post on the about section of the initiative’s Facebook page.

“Start a city that could be a shining example of being the change you want to see. We wanted to be more involved in creating the lives we really want for our Black families, and maybe, just maybe, create some generational wealth for ourselves by investing in the land. Investing in creating a community that is built around our core values and beliefs,” she continued.

Scott encouraged black families to ‘build the town for ourselves’, but while doing, tap into the US municipal bond market and “go get all the money” the US has to offer.

“Amass land, develop affordable housing for yourself, build your own food systems, build manufacturing and supply chains, build your own home school communities, build your own banks and credit unions, build your own cities, build your own police departments, tax yourselves and vote in a mayor and a city council you can trust. Build it from scratch! Then go get all the money the United States of America has available for government entities and get them bonds. This is how we build our new Black Wall Streets. We can do this. We can have Wakanda! We just have to build it for ourselves!” – The Freedom Georgia Initiative 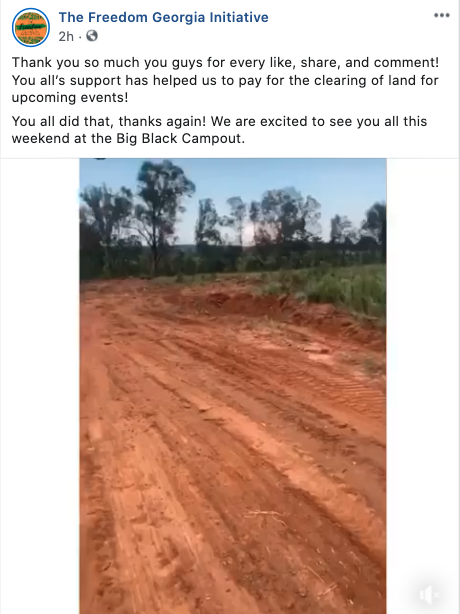 “This is how one family out of 19 decided to enjoy their Sunday on the unincorporated land of what’s soon to be known as Freedom Georgia.” 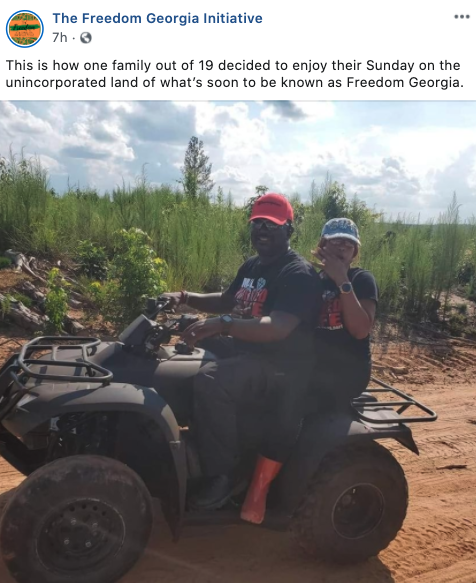 Is the great reset where people flee major cities and construct micro-communities of their own?