– “…By pooling our resources informally for necessities, like food, shelter, and clothing, we can live a lot better on a lot less, lowering our formal incomes and paying less to bureaucratic, technocratic, and militaristic state mechanisms”

Fighting & Winning Against “Big Everything” – By Zeus Yiamouyiannis, Ph.D

This is part 4 of a 5 part series entitled When the World Market Itself Is Fake, Economic “Value” Loses Any Real Meaning

“The assumption I see everywhere in the alt financial media is the elite will do fine because they own the gold, land, factories, apartment complexes, etc. All true. However the Roman Elites owned all this too, but that didn’t save them from systemic collapse. They weren’t still fabulously rich once the Imperial structure collapsed.”

The gravy train for a pampered and protected elite won’t last forever. It never does. But before these elites fall, just like those of Ancient Rome, there must be a combination of internal broken trust, opting out of the system, and independent, decisive rebellion by a critical mass of citizens as well as significant external pressures. 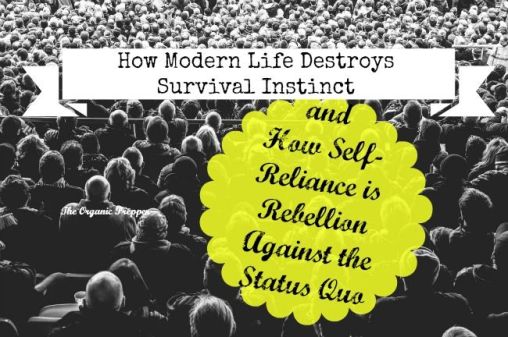 These citizens would have to start an exodus, aided by exterior forces, to decouple from the values, ethics, and imagination of the ruling elite which whispers, “You too, could be one of us.” Just like the bread and circuses of old Rome so have the entertainment spectacles and endless social media diversions kept our eyes off economic manipulation and abuse. The breakdown of the Ancient Roman spectacle was aided by the invasion by Visigoths from the North, who sacked Rome and brought the empire to its knees. It looks like American imperial delusions are beginning to be broken by Covid-19.

We see both internal and external forces interacting with the Covid-19 crisis and the eye-opening shift it has created in perspectives around the desirability of urban living, consuming, and tolerating unsatisfying work. Once the goodies have been removed (TV sports, nights at the bar, etc.) it is remarkable how much we realize we have been evicted from well-being by allowing our senses to be occupied rather than by inhabiting of our intelligence.

The external pressures also brought by Covid-19 have compelled a response that further reveals the fragility and exploitation (unequal bailouts, rigged medical system, no social safety net) rife in our system.

It is interesting that March 2020, during the Covid-19 shutdown, was the first March without a school shooting in nearly two decades not to mention 30% reduced pollution levels and a host of other neglected benefits of stopping or slowing consumption and “growth” and pursuing healthy, broadly popular policies!

On a whole host of policies, 80-90+% of Americans (and the entire world, for that matter) agree on basic issues–environmental protection, sensible background checks for gun ownership, working class protections, help for the middle and working class, greater taxes for the rentier and leisure classes, (and on and on) yet without a single policy change in sight.

On the other hand, corporations are given a deference quite reminiscent of Old Rome. Virginia, a state now controlled by supposedly “liberal” (read neo-liberal corporatist) Democrats, has the worst worker rights record in the United States. Its neo-liberal governor, Ralph Northam, is proposing to delay by four months even modest increase in wages and tepid boosts to collective bargaining, already passed into law and scheduled for January 2021.

In an Orwellian statement, Northam’s office claimed, “This will ensure workers get the support they need while allowing greater economic certainty in the wake of the COVID-19 pandemic.” What!? The very people most in need of aid and a raise, the most affected, are once again the last in line, just as with the recent 2.2 trillion dollar bailout? This a particular form of disaster capitalism, what I call extortion capitalism, aided and abetted by both major parties.

So what can we do about all this when our politics, regulation and policies are all captured by those who are determined to exploit us and extract ever higher rents from our labor, our talents, and our assets? We go directly to the source of value, which is demand. The organic food movement and the Covid-19 virus are showing us how.

When organic foods spread from a fringe subculture in the early 1970s to a conscious and viable desire for suburban soccer moms in the 2000s, big corporations had to respond or lose out. They spooned us cheap, high-fructose-corn-syrup garbage for decades that decimated our health and clouded our minds.

We rebelled successfully by moving to organic foods and conscious eating. They had to follow. We did not necessarily need any regulation or government mandate to change behavior. They tried to buy off regulation by making pesticide / sugar-laden food “natural”, but we did not buy it, and citizen-activist groups successfully kept the label “organic” from being watered down. Now, these corporations are trying to buy up family-owned organic businesses.

Currently Covid-19 is showing us how we can really call the shots with Big Oil and, perhaps, make them invest more in alternative energy. Oil futures plunged into the negative range for the first time in history during the pandemic (costing more to store than sell). If we take the lesson, and insist on working from home (and businesses find that productivity actually improves, as research shows), and demand stays depressed, Big Oil will have to adjust, just as Big Ag had to adjust with organic foods.

The present centralized capital economies (focused in cities) were constructed to do one thing: concentrate as much money and power in as few hands as possible. The opposite movement is needed, radical decentralization, regionalization, and localization of economy (as Charles Smith has written about extensively in his books and blogs).

Here is a summary starter list of ways to take on the big corporations (Big Everything) directly and accelerate the move toward decentralization:

Taking on Big Ag: By ramping up urban gardening, especially in inner city “food deserts,” patronizing farmers markets, and supporting organic farm-to-table, citizen consumers and take a big chunk out of the consolidation and monopolization created by corporate farms.

Taking on Big Oil: By radically reducing consumption, curtailing driving, downsizing houses, increasing energy efficiency, going solar (even though that has an environmental cost as well), and getting rid of plastics (8-10% of total oil output is used just for plastics), will put a significant ding in the demand for oil, and the power of oil producers. How much money would be saved and oil would be refused if we simply used bikes to get around to do our local shopping?

Taking on Big Pharma: Almost all of Big Pharma’s profits (in collaboration with Big Ag’s junk food agenda) come from pains, depressions, and chronic breakdowns of health created by entirely preventable lifestyle choices. By radically reducing consumption, unnecessary work, eating well, and using the extra time to get off the corporate hamster wheel and actually go for regular walks with our families, the physical, mental, and emotional health increase will put a serious dent into Big Pharma profits.

Taking on Big Rent and Housing: Housing prices have become completely extortionist. Lower-wage earners are paying upwards of 60-70% of income for rent and even “middle class” Millennials are paying 45%. Why not form cooperative communities, co-housing, or moving in with families as an act of liberation and rebellion? Again, demand, demand, demand. The rentier class cannot support extravagant rates if few people are wanting what they are selling.

Taking on Big Finance and Big Credit: Why do we need to get ripped off, getting absolutely zero interest rates on our savings, when we can peer-lend to each other and set up systems where both lender and borrower prosper from productive, healthy pursuits while cutting out the middleman? New Rule: You must add real value to an exchange to be valuable. To this end local currency becomes indispensable, a voluntary, community- based system of exchange that cuts out credit card fees and other premiums ginned up by predatory finance.

Taking on Big Government and Big Taxes: Why is it that the most profitable companies in the world, like Amazon, are not only paying 0% in income taxes, but getting tax rebates and subsidies to the tune of billions of dollars? Why is it that a successful, self-owned small business has the effective tax rate of 50% in California? Enough!

By bartering or gifting (which is completely legal up to 15,000 dollars per person in 2020), we can all lower our overheads and send less to the military industrial complex that dominates government spending.

By pooling our resources informally for necessities, like food, shelter, and clothing, we can live a lot better on a lot less, lowering our formal incomes and paying less to bureaucratic, technocratic, and militaristic state mechanisms.

Taking on Big Business: Support local businesses, even if they are a little more expensive. Even on Amazon (though Amazon does get a percentage), there are family-run businesses, who do great work and who don’t cost much more than foreign-made junk products. I ordered an organic bamboo, expandable silverware tray from Royal Craft Wood, a family run, American enterprise, owned by a single father and military vet. I now realize they ship free from their own site, and I will go directly there from now on.

Perhaps we can develop a nationwide directory, much like the Green Directory for small to medium, family-run businesses. To intensify the effect, why not divest from corporate stocks of all stripes, except those that run their companies in a conscious and community friendly way? Why not lobby your pension funds to do likewise?

Taking on Big Med and Big Insurance: It’s no secret that there is no profit in health and well-being for Big MedInsur. Sickcare is the name of the game. Scare the wits out of people, and bankrupt them with expensive procedures (gastric bypass) and drugs (for Diabetes 2, etc.) that could have been avoided entirely with exercise, good food, and decent preventive support in community health cooperatives. Not only would a single-payer Medicare for All save about 500 billion dollars a year (and about 65,000 lives), but easily a trillion dollars a year could be saved with a healthy populace (not to mention being far more microbe-resistant, and lower-risk when it comes to communicable diseases).

I could take on many more in the “Big Everything” category (i.e. Big Sports and Entertainment vs. local sports and artistic participation), and the boondoggle called Big Education (largely expensive and useless factory-style “higher” education vs. community learning and engagement) but let’s leave it at the main offenders for the time being.

These are ways to collectively rebel. There are also individual ways, which I will talk about, in my next essay, Plugging into Small Everything: Wake Up and Smell the 3 C’s: Community, Cash, and Coin (Coffee optional)!