– “…Wallins is an anarchist’s Shangri-La. It is hidden away in the Appalachian mountains…Wallins is the anarchist society that anarchists should seek to achieve…. It’s not perfect and has problems (problems that have anarchist solutions mind you) …It’s the city with no government and it is an example that government doesn’t even need to exist on the local level for there to be peace and order”

The City With No Government – By Dakota Hensle

When I was eleven, I moved to a small trailer park in a place called Wallins. Now, I know Wallins well. I went to the elementary school up the road and the trailer I lived in had been my cousin’s for many years. I had spent many weekends there. For a few weeks, I went to a church up the street with my other cousins and a few years later I went to a church down the street with my girlfriend at the time. My cousin (not related to the other two cousins mentioned) lived in Wallins and was a volunteer firefighter. My uncle owned probably the most prominent and well-known business in Wallins (there was only, like, three of them and his was the only place that sold food) called Hensley’s Grocery but everyone called it May’s after his wife who was the cashier. My ancestors lived and worked in Wallins since at least the 1880s. Like I said, I know Wallins well. 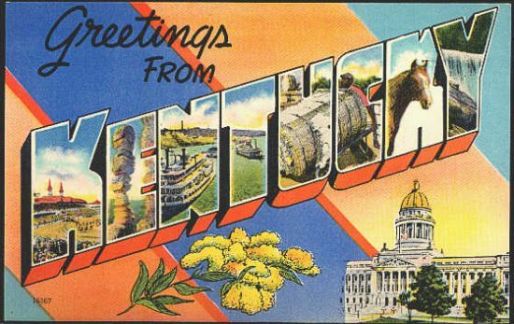 Wallins has about 1,000 people (although is listed as two places, Wallins and South Wallins, but no one considers them two separate places). It has seven or eight churches (one of whom, House of Mercy, has a female pastor who was my eighth grade English teacher) and a few businesses. There’s the aforementioned May’s, a garage, and a few others. There used to be an abandoned car from the 1930s that sat across the street from a church. I don’t know if it still exists. There used to be a large piece of conglomerate rock at some fork in the road but it’s gone. Speaking of things that once were, Wallins once had a government. It had a government. It hasn’t had one since 2008.

Wallins is 40 minutes away from the county seat, Harlan. Therefore, the police are only called for the most serious crimes. Wallins doesn’t have a police department anymore. The seven years that I lived there, I never dealt with any crime. That may have been because of the decrepit trailer I lived in, but I like to be optimistic. During my time there, I never saw police patrol the area but that might have been because I lived a little distance away from the main road. Although, I never saw them in the morning when I waited on the bus either.

Wallins is not a perfect city. There are literal ruins, a poverty rate of 44%, and a serious drug problem. I won’t focus on that. Too many people speak only of the negatives of Appalachia. However, I do believe Wallins is an anarchist’s Shangri-La. It is hidden away in the Appalachian mountains. If you drove by it on the highway, you’d never notice except for a turnoff and a large sign. Wallins is not the only place like this nor is it the only place like this in Harlan County. There’s Dayhoit, Totz, Sawbriar, Baxter, Dizney, Mary Alice, etc. Only Wallins was a city, however. The rest have always been unincorporated communities.

The anarchism that runs through Wallins is not like contemporary anarchism. It is a conservative anarchism. It is against abortion and for Appalachian traditions. It is opposed to corporate interests and is supportive of the rights of workers. Individualism, self-reliance, and self-sufficiency are virtues but community is no vice. Community is important to the people of Wallins as it is to Appalachia. It is the second important tradition of the Appalachian people with the first being faith. The two are, however, interwoven in this mountain city.

Wallins is the anarchist society that anarchists should seek to achieve. It’s not perfect and has problems (problems that have anarchist solutions mind you) but it is stable and peaceful. It’s not a chaotic mess like CHAZ or in a war zone like Rojava. Anarchists might not like the conservatism present in Wallins, but it’s an example to follow. It’s the city with no government and it is an example that government doesn’t even need to exist on the local level for there to be peace and order.

The City With No Government

One thought on “REBEL YELL: ‘Wallins’, The City With No Government – By Dakota Hensley”