– “…The government has basically bribed everyone with trillions to shut the fuck up, but they will have to pay that money back with backbreaking hard work over the years to come. Either that or the economy will collapse completely” 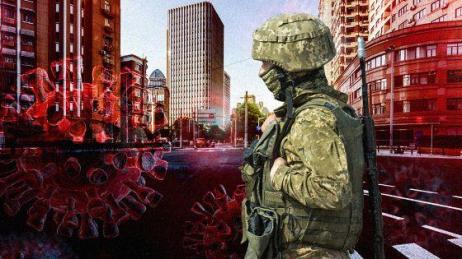 The following is a list of 8 things I am more worried about than Covid-19. Strap in.

1) In the UK, we’re hearing that there will be more cancer deaths than COVID deaths because of diversion of resources.
2) The 1.2 million dead children UNICEF is predicting will be caused by the lockdown.
3) the 75,000 predicted “deaths of despair”
4) The 42 to 66 million children around the world the UN says will be reduced to “extreme poverty”.
5) My friends in India confirm by text there is no work and no food and people are dying not from the virus but from that. I have texts from one saying there are children in the street begging me for food but he can’t do anything more because I don’t have any either!!! I have attached an excerpt
6) During the whole of this period you could tune into any news broadcast or interview, and not once, would they invite on even one single medical expert, economist, policy-maker or journalist who would say that the lock-down was the wrong idea or had gone to far. Not a single contrary voice was every allowed to have a platform which should give rise to the question:
Is this some kind of fascist/communist dictatorship where only one single opinion is allowed, and the media is not allowed to dispute the official state policy but is expected to be a mouthpiece to parrot and give it unconditional support.
7) The fact that no one seems to notice point (6) at all or find it at all worrying or scary that no dissenting voices are allowed or heard. The fact that raises no suspicion or skepticism in those who are uncritically accepting of the official narrative.
My position is that the lockdown will almost certainly prove to do far more harm than good and that this is a reasonable position to take. Furthermore is that many people hold this position but are too afraid to say so because they will get attacked, flamed, misrepresented and mobbed for doing so. Which is my final point (8) I’m most concerned about the fact that people can’t even express perfectly reasonable opinions and engage in discursive reasoning without the fear of being mobbed and mistreated by everyone around them. It’s a scary time to have a nuanced opinion.

There was ZERO cost-benefit analysis made pending the decision to lockdown. No one weighed up both sides and made a balanced decision, or even talked about the economic consequences. It will take years before we really know the extent of the damage. The government has basically bribed everyone with trillions to shut the fuck up, but they will have to pay that money back with backbreaking hard work over the years to come. Either that or the economy will collapse completely and that will be worse. Guess that could be (9).