– “…He is a man of considerable stature in the global scientific community…what he says is that the China Virus definitely wasn’t a freak of nature that happened to cross the species barrier from bat to man.  It was genetically engineered in the Wuhan Institute of Virology’s P4 (high-containment) lab in a program supervised by the Chinese military”

It will not be possible for the Dr. Fauci’s of the world to dismiss Professor Giuseppe Tritto as a crank. 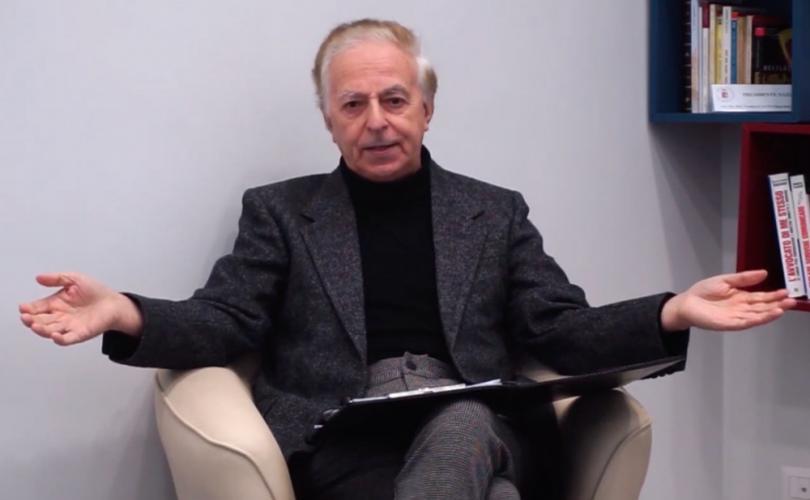 Not only is he an internationally known expert in biotechnology and nanotechnology who has had a stellar academic career, but he is also the president of the World Academy of Biomedical Sciences and Technologies (WABT), an institution founded under the aegis of UNESCO in 1997.

In other words, he is a man of considerable stature in the global scientific community.  Equally important, one of the goals of WABT is to analyze the effect of biotechnologies – like genetic engineering – on humanity.

In his new book, this world-class scientist does exactly that.  And what he says is that the China Virus definitely wasn’t a freak of nature that happened to cross the species barrier from bat to man.  It was genetically engineered in the Wuhan Institute of Virology’s P4 (high-containment) lab in a program supervised by the Chinese military.

Prof. Tritto’s book, which at present is available only in Italian, is called Cina COVID 19: La Chimera che ha cambiato il Mondo (China COVID 19: The chimera that changed the world).  It was published on August 4 by a major Italian press, Edizioni Cantagalli, which coincidentally also published the Italian edition of one of my books, Population Control (Controllo Demografico in Italian) several years ago.

What sets Prof. Tritto’s book apart is the fact that it demonstrates – conclusively, in my view – the pathway by which a PLA-owned coronavirus was genetically modified to become the China Virus now ravaging the world.  His account leaves no doubt that it is a “chimera”, an organism created in a lab. 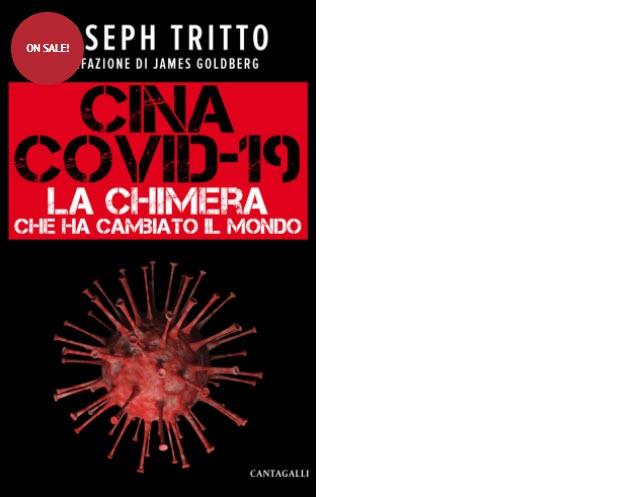 He also connects the dots linking the Wuhan lab to France and the United States, showing how both countries provided financial and scientific help to the Chinese as they began to conduct ever more dangerous bioengineering experiments.  Although neither American nor French virologists are responsible for the end result—a highly infectious coronavirus and a global pandemic—their early involvement may explain why so many insist that the “chimera” must have come from nature.  The last thing they want to admit is that they might have had a hand in it.

Those of us who, early on, argued for a laboratory origin were dismissed as conspiracy theorists. Our articles were censored as “fake news,” often by American virologists who knew perfectly well what the truth was, but preferred to protect China, and themselves, from scrutiny lest they themselves be implicated.

Dr. Tritto’s 272 pages of names, dates, places, and facts leaves such apologists with no place to hide. 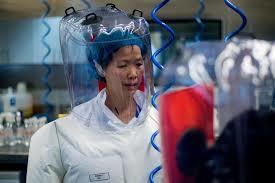 The story begins following the SARS epidemic of 2003, as the Chinese attempt to develop vaccines to combat the deadly disease.  Dr. Shi Zhengli, about whom I have previously written, was in charge of the program at the Wuhan Institute of Virology.

In vaccine development, reverse genetics is used to create viral strains that have reduced pathogenicity but to which the immune system responds by creating antibodies against the virus. But reverse genetics can also be used to create viral strains that have increased pathogenicity.  That is what Dr. Shi, encouraged by PLA bioweapons experts, began increasingly to focus her research on, according to Prof. Tritto.

Dr. Shi first solicited help from the French government, which built the P4 lab, and from the country’s Pasteur institute, which showed her how to manipulate HIV genomes. The gene insertion method used is called “reverse genetics system 2.”  Using this method, she inserted an HIV segment into a coronavirus discovered in horseshoe bats to make it more infectious and lethal.

The U.S. was involved as well, particularly Prof Ralph S. Baric, of the University of North Carolina, who was on the receiving end of major grants from the National Institute of Allergy and Infectious Disease.  This is, of course, Dr. Anthony Fauci’s shop.  Fauci was a big proponent of “gain of function” research, and when this was prohibited at Baric’s lab because it was considered to be too dangerous, the research was shifted to China.

Prof. Tritto believes that, while Dr. Shi’s research began as an effort to develop a vaccine against SARS, it gradually morphed into an effort to use “reverse genetics” to build lethal biological weapons.  This was the reason that the Wuhan lab became China’s leading center for virology research in recent years, attracting major funding and support from the central government.

I would add that the rule in Communist-controlled China is “let the civilian support the military,” which means that as soon as Dr. Shi’s research showed any potential military uses the PLA would have begun exercising control of the research.  This came out in the open with the outbreak, when China’s leading expert on bioweapons, People’s Liberation Army Major General Chen Wei, was immediately placed in charge of the Wuhan Institute of Virology. As for Dr. Shi Zheng-Li, she seems to have disappeared.

As Dr. Tritto explained in an interview with Italian media:

In 2005, after the SARS epidemic, the Wuhan Institute of Virology was born, headed by Dr. Shi Zheng-Li, who collects coronaviruses from certain bat species and recombines them with other viral components in order to create vaccines. In 2010 she came into contact with American researchers led by Prof. Ralph Baric, who in turn works on recombinant viruses based on coronaviruses. Thanks to the matrix viruses provided by Shi, Baric created in 2015 a mouse Sars-virus chimera, which has a pathogenic effect on human cells analyzed in vitro.

At that point, the China-US collaboration becomes competition. Shi wants to work on a more powerful virus to make a more powerful vaccine: it combines a bat virus with a pangolin virus in vitro and in 2017 publishes the results of this research in some scientific articles.

Her research attracts the interest of the Chinese military and medical-biological sector which deals with biological weapons used as a deterrent for defensive and offensive purposes. Thus Shi is joined by doctors and biologists who belong to the political-military sphere, such as Guo Deyin, a scholar of anti-AIDS and anti-viral hepatitis vaccines and expert in genetic recombination techniques. The introduction of the new engineered inserts into the virus genome is the result of the collaboration between the Shi team and that of Guo Deyin. The realization of this new chimera, from a scientific point of view, is a success. So much so that, once the epidemic has broken out, the two researchers ask WHO to register it as a new virus, H-nCoV-19 (Human new Covid 19), and not as another virus derived from SARS. It is reasonable to think that Shi acted only from the point of view of scientific prestige, without however taking into account the risks in terms of security and the political-military interests that her research would have aroused.

When asked why China has refused to provide the complete genome of the China Virus to the WHO or to other countries, Dr. Tritto explained that “providing the matrix virus would have meant admitting that SARS-CoV-2 [China Virus] was created in the laboratory. In fact, the incomplete genome made available by China lacks some inserts of AIDS amino acids, which itself is a smoking gun.”

The key question, for those of us who are living through the pandemic, concerns the development of a vaccine.  On this score, Prof. Tritto is not optimistic:

Given the many mutations of SARS-CoV-2, it is extremely unlikely that a single vaccine that blocks the virus will be found. At the moment 11 different strains have been identified: the A2a genetic line which developed in Europe and the B1 genetic line which took root in North America are more contagious than the 0 strain originating in Wuhan. I therefore believe that, at the most, a multivalent vaccine can be found effective on 4-5 strains and thus able to cover 70-75% of the world’s population.

In other words, by withholding from the world the original genetic code of the China Virus that it created, the Chinese Communist Party is ensuring that no completely effective vaccine will ever be developed by the West.

In other words, China continues to lie, and people continue to die.