– “…Westerners made Shah Reza Pahlevi the “gendarme of the Middle East”. He saw to it that nationalist movements were crushed….During the oil crisis of 1973, he realized the power he had at his disposal. He then considered restoring a real empire and sought the help of the Saudis. The latter immediately informed the United States who decided to eliminate their ally Pahlevi who had become too greedy and to replace him by the old ayatollah Khomeiny (77 years old at the time) whom they surrounded with their agents. But first of all, MI6 made it clear: the communists were put in prison, while the imam of the poor, the Lebanese Moussa Sadr, disappeared during a visit to Libya and Ali Shariati was assassinated in London”

The history of Iran in the twentieth and twenty-first centuries corresponds neither to the image that Westerners have of it, nor to the image that the official discourse of Iranians gives of it. Historically linked to China and for the past two centuries fascinated by the United States, Iran is struggling between the memory of its imperial past and the liberating dream of Rouhollah Khomeiny. Considering that Shiism is not only a religion, but also a political and military weapon, it hesitates between proclaiming itself the protector of the Shiites or the liberator of the oppressed. We publish a two-part study by Thierry Meyssan on modern Iran 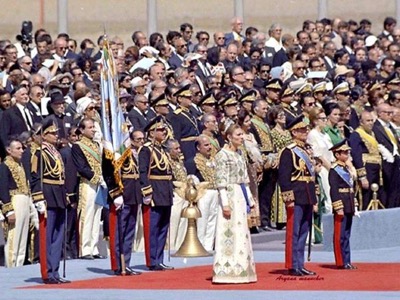 The British overthrew the Kadjar and placed an officer of their army in place of Shah. Worried about his pro-German friendships, they deposed him during the Second World War in favour of his son. The latter, aware that he was not much, summoned in 1971 a third of the world’s sovereigns, heads of state and government to celebrate the 2500 years of his predecessors. Concerned about his megalomania, the United States and the United Kingdom removed him from office in favour of Ayatollah Khomeini.

The Persians built vast empires by uniting neighbouring peoples rather than conquering their territories. Traders rather than warriors, they imposed their language for a millennium throughout Asia, along the Chinese Silk Roads. Farsi, which only they alone speak today, had a status comparable to English today. In the 16th century, their sovereign decided to convert his people to Shi’ism in order to unify them by giving them a distinct identity within the Muslim world. This religious particularism served as a basis for the Safavid Empire. 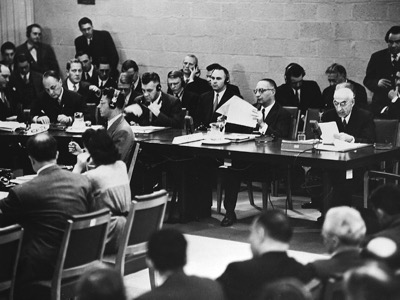 At the beginning of the 20th century, the country had to contend with the ferocious appetites of the British, Ottoman and Russian empires. In the end, after a terrible famine deliberately provoked by the British, which caused 6 million deaths, Tehran lost its empire while London imposed an operetta dynasty, that of the Pahlevi, in 1925, in order to exploit the oil fields for its sole benefit. In 1951, Prime Minister Mohammad Mossadegh nationalized the Anglo-Persian Oil Company. Furious, the United Kingdom and the United States succeeded in overthrowing him while maintaining the Pahlavi dynasty. To counter the nationalists, they transformed the regime into an appalling dictatorship by freeing a former Nazi general, Fazlollah Zahedi, from their jails and imposing him as Prime Minister. The latter created a political police force, the SAVAK, whose cadre were former Gestapo officers (Stay-behind network).

Be that as it may, this episode awakened the Third World’s awareness of the economic exploitation of which it is a victim. Unlike the French colonialism of settlement, British colonialism is only a form of organized plunder. Before this crisis, British oil companies paid no more than 10% of their profits to the populations they exploited. If the British shouted robbery during nationalization, the United States sided with Mossadegh and proposed a 50-50 split. Under the impetus of Iran, this rebalancing would continue in the world throughout the 20th century. 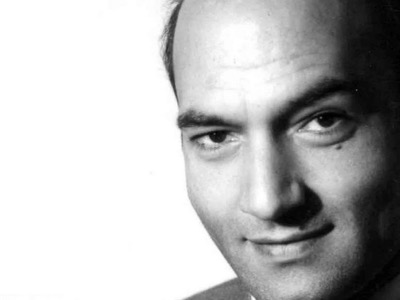 A friend of Frantz Fanon and Jean-Paul Sartre, Ali Shariati reinterpreted Islam as a tool of liberation. According to him, “If you’re not on the battlefield, it doesn’t matter whether you’re at the mosque or at the bar”.

Gradually two main opposition movements emerged within the bourgeoisie: first the communists supported by the Soviet Union, then the Third Worldists around the philosopher Ali Shariati. But it is a cleric, Rouhollah Khomeiny, who alone managed to awaken the little people. According to him, it is a good thing to mourn the martyrdom of the Prophet Hussein, but it is a much better thing to follow his example and fight against injustice; a teaching that earned him the reputation of being considered a heretic by the rest of the Shiite clergy. After 14 years of exile in Iraq, he moved to France where he impressed many left-wing intellectuals such as Jean-Paul Sartre and Michel Foucault.

Westerners made Shah Reza Pahlevi the “gendarme of the Middle East”. He saw to it that nationalist movements were crushed. He dreamed of reviving the past splendour of his country, whose 2500th anniversary he celebrated with Hollywood splendour in a tent village in Persepolis. During the oil crisis of 1973, he realized the power he had at his disposal. He then considered restoring a real empire and sought the help of the Saudis. The latter immediately informed the United States who decided to eliminate their ally Pahlevi who had become too greedy and to replace him by the old ayatollah Khomeiny (77 years old at the time) whom they surrounded with their agents. But first of all, MI6 made it clear: the communists were put in prison, while the imam of the poor, the Lebanese Moussa Sadr, disappeared during a visit to Libya and Ali Shariati was assassinated in London. The Westerners invited the sick Shah to leave his country for a few weeks to be treated. 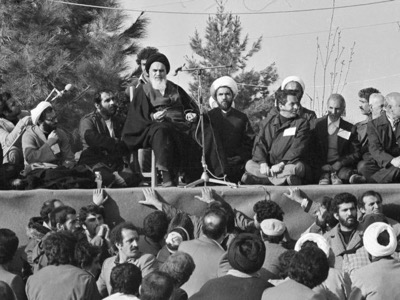 At the cemetery of Behesht-e Zahra, Ayatollah Khomeiny apostrophed the army he called to liberate the country from the Anglo-Saxons. The man whom the CIA thought was a spoiled preacher was in reality a tribune who inflamed the crowds and gave everyone the conviction that they can change the world.

On February 1, 1979, Ayatollah Khomeini returned triumphantly from exile. No sooner had he arrived on the tarmac at Tehran airport than he flew by helicopter to the city’s cemetery, where 600 people had just been buried who had been massacred during a demonstration against the Shah. To everyone’s amazement, he made a speech, not against the monarchy, but violently anti-imperialist. He called on the army to no longer serve the West, but the Iranian people. The regime change organized by the colonial powers instantly turned into a revolution.

Khomeini imposed a political regime foreign to Islam, the Velayat-e faqih, inspired by Plato’s Republic of which he was a great reader: the government would be placed under the guidance of a wise man, himself in this case. He then dismissed one by one all the pro-Western politicians. Washington reacted by organizing several attempted military coups, followed by a campaign of terrorism by ex-communists, the People’s Mujahideen. In the end, it paid – via Kuwait – President Saddam Hussein’s Iraq as a counter-revolutionary force. The result was a terrible ten-year war in which the West cynically supported both sides. In order to arm itself, Iran did not hesitate to buy US weapons from Israel (this is the “Iran-Contra affair”). Khomeini transformed society. He developed among his people a cult of martyrdom and an extraordinary sense of sacrifice. When Iraq bombarded Iranian civilians with indiscriminate missiles, he forbade the army to retaliate in the same way, claiming that weapons of mass destruction are contrary to his vision of Islam; which prolonged the fighting a little longer.

After a million deaths, Saddam Hussein and Rouhollah Khomeiny realized that they were the toys of the West. They therefore conclude a peace. The war ended as it began, for no reason. The wise old man died shortly afterwards, not without having appointed his successor, Ayatollah Ali Khamenei. The next sixteen years were devoted to reconstruction. The country was bled dry and the revolution was now nothing more than a slogan without content. People continued to shout “Death to America!” in Friday sermons, but the “Great Satan” and the “Zionist regime” had become privileged partners. Presidents Hachemi Rafsanjani, then Mohammad Khatami, organized the economy around oil revenues. Society was slackening and income gaps were widening again. 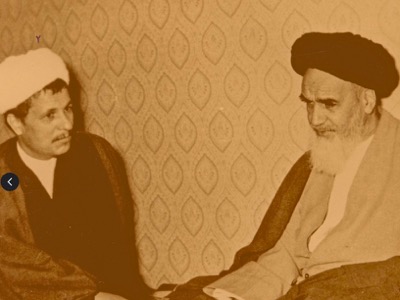 Hashemi Rafsanjani was going to become the richest man in the country, not by trading in pistachios, but by trading in arms with Israel. When he became President of the Islamic Republic, he sent the Revolutionary Guard Corps to fight under the orders of the American generals in Bosnia-Herzegovina.

Rafsanjani, who made his fortune from arms trafficking in the “Iran-Contra affair”, convinced Khamenei to send Revolutionary Guards to fight in Bosnia and Herzegovina alongside the Saudis and under the orders of NATO. Khatami, for his part, established personal relations with the speculator George Soros.