– “…The American Empire’s bureaucrats, it should come as no surprise, see no utility in a science-literate population. Groups of people who have been taught how to think critically are dangerous to despots. The same sad history of suppression of knowledge can be observed throughout history in the prohibitions against American slave literacy, the infamous book-burnings of Nazi Germany, and the heretic trial of Socrates as far back as Ancient Greece”

According to US social engineers, science has morphed into an abomination worse than an inconvenience. 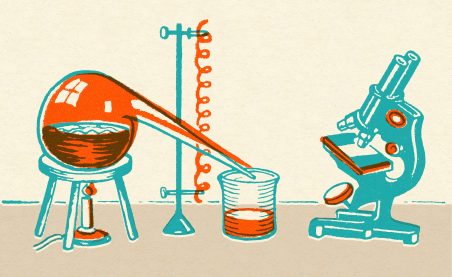 This brigade of invisible hands that surreptitiously directs the day-to-day activity of American Empire’s permanent underclass (you and me) recently declared science to be racist.

This latest appalling move constitutes an assault on our most basic of civilizing institutions; the fundamental, indispensable nature of science to a healthy society cannot be overstated

Objective truth – careful, methodical empirical study, AKA science – is a North Star that has steered entire populations away from ignorance, destitution, and slavery into enlightenment, brotherhood, and prosperity.

The scientific method – the process of creating hypotheses, testing them through experimentation, then applying the results to the existing pool of knowledge – is the lynchpin of progress in all its forms. There is no possibility of technological, economic, or social advancement without reliance on a wealth of empirical evidence documenting what works and what doesn’t to create a functional society.

The foundations of a stable, prosperous society are built on years of trial and error. Science, above all, builds lasting societies.

The scientific method, apart from simply conferring knowledge, instructs us in how to think if we aim to successfully apply newly discovered scientific truths to the practical improvement of our lives.

As Valenti Rull puts it:

“Science is not only necessary for humanity to thrive socially, environmentally and economically in both the short and the long term, but it is also the best tool available to satisfy the fundamental human thirst for knowledge, as well as to maintain and enhance the human cultural heritage, which is knowledge‐based by definition.”

Naturally, a tool of progress so cherished by us as heirs of the Enlightenment is equally abhorred by the social engineers perched atop the social hierarchy. The American Empire’s bureaucrats, it should come as no surprise, see no utility in a science-literate population.

Groups of people who have been taught how to think critically are dangerous to despots. The same sad history of suppression of knowledge can be observed throughout history in the prohibitions against American slave literacy, the infamous book-burnings of Nazi Germany, and the heretic trial of Socrates as far back as Ancient Greece.

Although each of these historical events was predicated on a unique set of circumstances, they all have one element in common: an educated peasantry does not serve the interests of the powerful.

Despotic suppression of knowledge is nothing new. Only the tools of the oppressor class have evolved.

Vigilant observers have predicted the rise of an anti-science ethos filtered down to the masses from on high for some time.

The mechanisms by which the ruling class undermines the role of science in modern Western society are insidious. Dissecting their deceit requires taking a step back to consider the intertwining cause-and-effect of relevant government positions and initiatives.

In true Orwellian fashion, the overseers in the social engineering class simultaneously celebrate the essential role of science in public while undermining its practice under cover of darkness.

The engineers understand, as Orwell described in 1984, the crippling effect of doublethink on critical thinking skills.

Take, for example, the recent COVID-19 misinformation campaigns of the ruling class and their servants in the medical establishment.

While hiding behind the façade of a sincere public health official, Dr. Anthony Fauci consistently emphasizes the central role that he claims to believe science should play in the pandemic response.

Fauci, in his fainting-couch theatrics, has characterized the American public’s refusal to heed his advice as “unfortunate” and “frustrating.”

Meanwhile, out of the other side of his mouth, Fauci dispenses wholly unscientific advice that he knows to be misleading. He lies.

On June 23, Fauci admitted on a livestreamed podcast that he had knowingly lied to the American public in March when he said that masks could not prevent the spread of COVID-19.

Fauci offered no apology for his pseudoscientific, intentional misleading of the American public. Recently, when asked about his COVID-19 lies, Fauci replied “I don’t regret anything I said.”

We see, in this example and countless others from 2020 alone, that population-level gaslighting is the favorite revisionist tool of the technocracy.

Alas, the time has come:  the woke SJW mob, which functions as the infantry corps of the Empire, has now declared that science is irredeemably racist.

The social sciences – although considered “soft” as opposed to the “hard” disciplines of physics and chemistry – are nonetheless real sciences in the sense that they rely on empirical data gathering, open analysis and interpretation of data, and a self-corrective mechanism of peer review. Without these features, a scientific discipline becomes vulnerable to manipulation.

The social engineers took over the academic social sciences decades ago. One would be hard-pressed to find a professor in a sociology department at a US university who would openly admit to being anything other than a “progressive.” Try it out yourself.

Just as trenchant observers warned, the 2020 political upheaval initially sparked by the murder of George Floyd has ballooned into a free-for-all against Western civilization itself. Under the cover of the revolutionary political climate, the establishment and their loyal army of SJW activists have finally come to fulfill a long-standing goal:  to remake the hard sciences in their own image.

In a graphic published by the African American Natural History Museum as part of its initiative called “Talking About Race,” the Smithsonian publicly submitted to social justice ideology.

The craven racism of the Smithsonian masquerading as woke revelation.

In its rambling, excruciatingly reductionist racist tirade spanning thousands of words, the Smithsonian claimed that “civilization” is a racist dog-whistle that really means “white society.”

Furthermore, the nuclear family model is a feature of white supremacy (apparently implying that other races do not form nuclear families). Finally, it claims that the scientific method itself is a cornerstone of white domination.

Inch by inch, the technocrats erode the footing on which Western civilization stands.

Ben Bartee a Bangkok-based American journalist with opposable thumbs. Contact him via his portfolio or on LinkedIn.

Never let a good crisis go to waste is the mantra of the elites.

In tumultuous times, their tactics have extra potency. They reach for more power.

But this is also when the elite are most vulnerable.

By studying their tactics, you will be more prepared to guard against, and counter-attack the enemy.

The current crisis is being used to exploit the masses. But it also presents tremendous opportunity to take the power back, and reshape this world.

Society is entering a new period of transition, a struggle that will reveal the elites of the next generation.

Now is the time to seize your power if you intend to be among their ranks.

1. Four Ways The Elite Control You in a Crisis

And how to flip the script to seize their power now

2. The Trojan Horse: How (and Why) to Join the Ranks of the Elite

2 thoughts on “AMERIKA: The Elite’s War on Science is Almost Complete – By Ben Bartee”