– “…One-Dimensional Man”…I was reminded of how perceptive Marcuse was in addressing the life-negating consequences of rampant consumption, the manipulation of needs by vested corporate interests, and the consummate delusions of “liberty” in a sophisticated scheme of totalitarianism for the “affluent.” He wrote this while recognizing at the same time that millions of marginalized residents are brutally kept in line, which led him to identify with the growing African American freedom struggle in the 1960s, and, by extension, the struggles of oppressed peoples throughout the world” 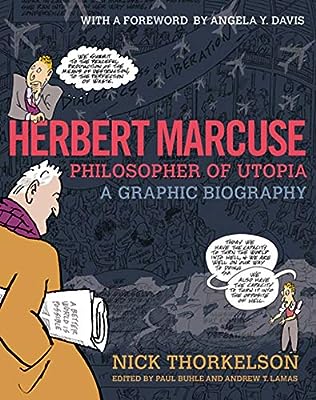 Herbert Marcuse (1898-1979) is the greatest but largely unknown philosopher of the mid-20th century. When I mention him in my UCLA classes today, almost no one recognizes the references. Yet when I began teaching in the late 1960s, he was a major staple of my work. For several years, at UC Berkeley, I assigned and taught “One-Dimensional Man, An Essay on Liberation, Eros and Civilization,” and “Repressive Tolerance.” These course readings were well received and generated robust, often animated discussion. These assignments and reading lists were less well received by my more conservative faculty superiors­—all likely liberal Democrats—who disliked and feared the ongoing student rebellions on the Berkeley campus and throughout the nation.

I also had the distinct pleasure of meeting Marcuse in person a few times when he visited Berkeley, and I had a limited correspondence with him when he taught at UC San Diego. Marcuse remains a powerful influence in my present intellectual pursuits. Along with the writings of C. Wright Mills, he helped form the intellectual foundation of much of my teaching over the years. That contact, however brief, was invaluable.

The new graphic biography, “Herbert Marcuse: Philosopher of Utopia,” illustrated by Nick Thorkelson, edited by Paul Buhle and Andrew T. Lamas, and with a foreword by Angela Y. Davis, may herald a Marcuse revival. Buhle and Lamas add enormous scholarly depth to this project. Its pictorial character is appealing to younger readers, and its biographical accuracy, philosophical sophistication, historical acuity, and incisive observations and commentary about Marcuse’s social and political analyses make the volume equally attractive to scholars and educated laypersons

But for me, the book succeeded mightily because it catalyzed my extensive return to Marcuse’s texts, which I had only glanced (embarrassingly) fleetingly at more recently. It proved to be an enormous pleasure, for example, to look closely again at various parts of “One-Dimensional Man.” I was reminded of how perceptive Marcuse was in addressing the life-negating consequences of rampant consumption, the manipulation of needs by vested corporate interests, and the consummate delusions of “liberty” in a sophisticated scheme of totalitarianism for the “affluent.” He wrote this while recognizing at the same time that millions of marginalized residents are brutally kept in line, which led him to identify with the growing African American freedom struggle in the 1960s, and, by extension, the struggles of oppressed peoples throughout the world.

The early parts of this engaging graphic biography are a remarkable fusion of Marcuse’s life with his philosophical development set against the tumultuous historical development of early 20th century Europe. It chronicles his early studies with Martin Heidegger, his prominence in the iconic Frankfurt School of Critical Theory, and his necessary flight as a Jew from the growing threat of Nazi rule in his native Germany. Marcuse joined a large and distinguished number of intellectuals, artists, and others who fled Nazi tyranny, finding refuge in the United States and elsewhere during those horrific times.

Nick Thorkelson’s drawings add enormously to this narrative. He is a longtime graphic artist with a distinguished record of illustration, especially on radical and labor topics. He shows how effectively this medium can convey complex ideas in a thoroughly intriguing way. 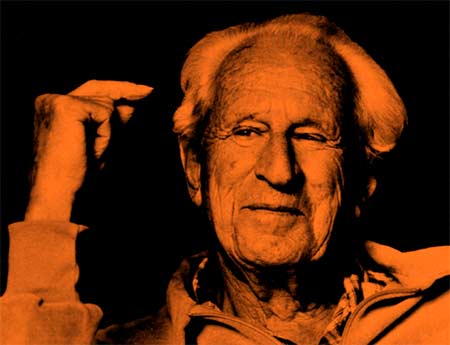 Students and others interested in philosophy and intellectual history should be especially engaged after seeing and reading here about the Frankfurt School and its key figures. Marcuse’s early encounters with Hegel, Kant, Goethe, Freud, Mann, Heidegger, Marx, and other major philosophical and literary figures led him to the Frankfurt School. The book also notes such intellectual luminaries as Max Horkheimer, Theodor Adorno, Frederick Pollock, Erich Fromm, Otto Kirchheimer, Leo Lowenthal and Franz Neumann. Obviously, a graphic biography of Herbert Marcuse cannot address the philosophical and theoretical ideas of all these thinkers in any depth, but it can and does catalyze intellectual curiosity. It encourages readers to explore the vast literature that is widely available.

Marcuse’s intellectual and political journey in America is likely to interest most readers of “Herbert Marcuse: Philosopher of Utopia.” The book deals with his personal struggles, his academic trajectory, especially his work at Brandeis University, and his growing stature as a political and public intellectual. One of his star students at Brandeis was Angela Davis, who came to realize, with Marcuse’s model and early encouragement, that it would be possible to be an academic, an activist, and a scholar. Her subsequent career validated his faith in her multifaceted talents.

The book reveals how Marcuse’s increasing political visibility during the 1960s caused Brandeis’ leaders and donors to turn against him—an all too common reaction against leftist academics and others. In 1964, he published “One-Dimensional Man,” a powerful and scathing indictment of modern society, especially American society and political economy. This is Marcuse’s most influential book, and if Thorkelson’s graphic biography accomplishes nothing else, it should stimulate readers to either look at it for the first time or return to it in the perilous era of the early 21st century.

Thorkelson does an impressive job of summarizing “One-Dimensional Man.” As I tried to show my Berkeley students many decades ago, its main theme is submission to a sophisticated capitalist scheme that demands and almost entirely ensures that people “recognize themselves in their commodities; they find their soul in their automobile, hi-fi set, split-level home, kitchen equipment.” The only thing that has changed since 1964 is the growing level of capitalist sophistication and domination. Today the products are electronic, including dazzling computers, addictive smartphones, and many other forms of consumerist social controls that reinforce corporate hegemony; these are products that Marcuse could never have imagined more than a half century ago, but the deeper reality of human alienation is identical. This is what made Marcuse the subtlest and most perceptive Marxist critic of his time.

In “One-Dimensional Man,” Marcuse revealed the fundamental truth of modern Western capitalism: “Under the rule of a repressive whole, liberty can be made into a powerful instrument of domination… . Free election of masters does not abolish the masters or the slaves. Free choice among a wide variety of goods and services does not signify freedom if these goods and services sustain social controls over a life of toil and fear—that is, if they sustain alienation.” It does not matter at all whether millions of people recognize their alienation, often blissfully unaware that their “needs” are not their own but merely produced through their superficially pleasant submission. The corporate state continues largely unchallenged.

Thorkelson also shows how Marcuse was no armchair theorist. He identified openly and publicly with the resistance movement in the United States and throughout the word, making him “The Reluctant Guru,” as the volume indicates. As he wrote, millions of human beings left out of the Affluent Society were kept in line “by a brutality which revives medieval and early modern practices.” These words from 1964 resonate eerily in the present, especially when police misconduct and killings of people of color have become all too commonplace.

Marcuse was outspoken in supporting African Americans, students and other protesters, and in opposing the Vietnam War. By then, he had moved to UC San Diego, a city well known for its conservatism. He attracted considerable hostile attention, including from the American Legion, the Ku Klux Klan, Gov. Ronald Reagan, Vice President Spiro Agnew, actor John Wayne, and other right-wing forces and people. The book shows how he was even forced to go into hiding during those times, a victim of the reactionary responses to the black, student, and other movements sweeping the globe and Marcuse’s unwavering support for them.

More unnerving to him was the increasing animosity from his former Frankfurt School friends and colleagues. Adorno especially took issue with Marcuse’s opposition to the Vietnam War and his support of the worldwide student movement. Adorno, in some respects the model of the paternalistic German university professor, was subject in postwar Germany to derision by left-wing students. In one case, in 1969, women students interrupted his classroom by baring their breasts and showering him with flowers, which Thorkelson draws in an amusing panel in the book. Some of the cordial correspondence between the old comrades is also reprinted, and shows dramatically how Herbert Marcuse was on the right side of history.

During the height of student, black and brown, and increasing women’s protests against war, racism, and sexism, a new force emerged that drew Marcuse’s pointed critique. Charles Reich, a Yale law professor, published a widely popular book, “The Greening of America,” which asserted that the new youth movement involving major changes of consciousness, communal living, spirituality, and withdrawal from mainstream society would usher in a new order in America and elsewhere.

Reich saw these changes in places like San Francisco’s Haight-Ashbury neighborhood, New York’s East Village, and others throughout the nation. The colorful clothing, the flowers, the unconventional hairstyles, the music, the open sexuality, even the drug use in the new “hippie” culture, often known as the “counterculture,” enthralled him. Above all, he loved the optimistic spirit emanating from these young people.

Marcuse saw it very differently. Thorkelson’s bibliography notes that Marcuse published an article entitled “Charles Reich—A Negative View.” ­­He understood that this counterculture was profoundly apolitical and offered no solutions to the Vietnam War or any other real problems besetting the world. Earlier, in “One-Dimensional Man,” Marcuse had warned of this false negation: “But such modes of protest and transcendence are no longer contradictory to the status quo and no longer negative. They are rather the ceremonial part of practical behaviorism, its harmless negation, and are quickly digested by the status quo as part of its healthy diet.”

History has validated his perceptions. The counterculture predictably faded as a force in American society. Many of its participants resumed their lives as pillars of the neoliberal establishment, their bygone “hippie” days of the past credentializing them as free spirits. A few, unfortunately, succumbed to the drug culture and became casualties of the era while others continued to live highly marginal lives. Notwithstanding its insights and critiques, “The Greening of America” was little more than the corporate version of the great rebellion.

Marcuse continued to support real resistance, including the women’s movement. He regarded it as the most important radical movement of the times. He supported his student Davis throughout her activism and unjust incarceration. She writes in her foreword that “Fifty years later, as we confront the persisting globalities of slavery and colonialism, along with evolving structures of racial capitalism, Herbert Marcuse’s ideas continue to reveal important lessons. The insistence on imagining emancipatory futures, even under the most desperate circumstances, remains­­—Marcuse teaches us—a decisive element of both theory and practice.”

Davis is absolutely right. The time has come for a Marcuse revival.

Paul Von Blum is Senior Lecturer in African American Studies and Communication Studies at UCLA. He has taught at the University of California since 1968..book review