– “… Over and over and over again we see public perception of what’s going on distorted by lies inserted into their minds by the corporate news media, like when half a year after the invasion of Iraq seven in ten Americans believed Saddam Hussein was responsible for the 9/11 attacks. All it took to trick them into believing this and supporting the invasion was repeatedly mentioning 9/11 and Saddam in the same breath, despite there never being any evidence whatsoever for any such thing”

As Long As Mass Media Propaganda Exists, Democracy Is A Sham – By Caitlin Johnstone

A new Reuters/Ipsos poll has reportedly found that a majority of Americans believe the completely discredited narrative that the Russian government paid Taliban-linked fighters to kill the occupying forces of the US and its allies in Afghanistan. 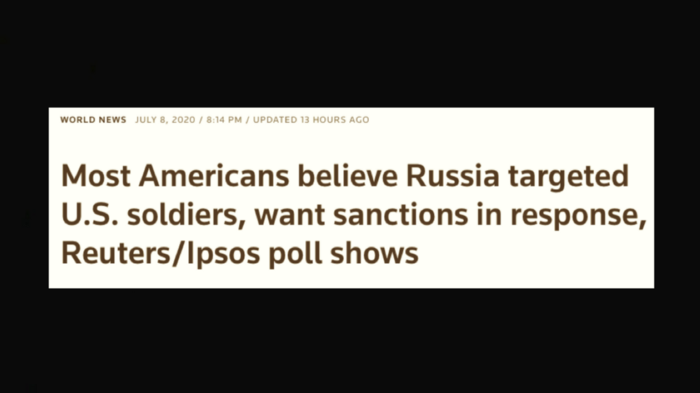 “A majority of Americans believe that Russia paid the Taliban to kill U.S. soldiers in Afghanistan last year amid negotiations to end the war, and more than half want to respond with new economic sanctions against Moscow, according to a Reuters/Ipsos poll released on Wednesday,” Reuters reports.

“Overall, 60% of Americans said they found reports of Russian bounties on American soldiers to be ‘very’ or ‘somewhat’ believable, while 21% said they were not credible and the rest were unsure,” says Reuters. 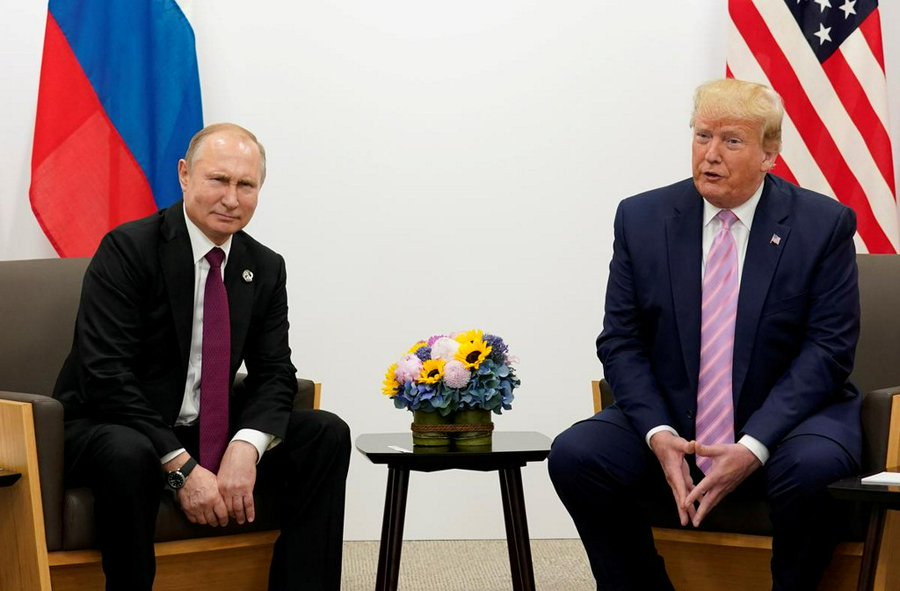 792 people are talking about this

Those 21 percent are objectively correct: the story is not credible, and it’s not even close. Gareth Porter shows in The Grayzone how the “Bountygate” narrative is so utterly baseless that even US intelligence agencies have dismissed it, Joe Lauria of Consortium News explains how it doesn’t make any sense on its face, and FAIR’s Alan MacLeod breaks down the appalling journalistic malpractice that went into circulating this incredibly thinly sourced story to the mainstream public.

The story advances no solid facts or verified information. What it does advance is pre-existing imperialist agendas like remaining in Afghanistan, killing the last of the remaining nuclear deals with Moscow, and manufacturing public support for new Russia sanctions.

And yet a majority of people believed it, and still believe it.

The narrative that Russia paid Taliban fighters to kill occupying forces is now regarded as an established fact in many key circles, despite being backed by literally zero facts. 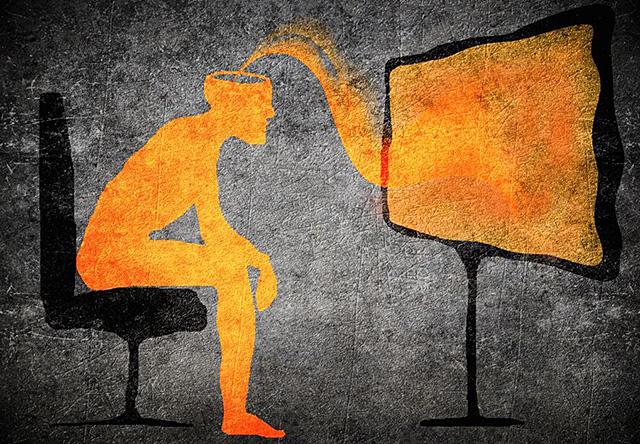 “Bounty-Gate” is the Pentagon’s main chance to keep the U.S. war in #Afghanistan going for a while longer. Push-back against those in Congress exploiting this fraud is needed to deprive the Pentagon and its allies from succeeding in this scheme. https://bit.ly/3filROQ

Another New York Times Russiagate bombshell turns out to be a dud, as dodgy stories spun out by Afghan intelligence…

210 people are talking about this
This latest poll is a perfect example of how the plutocrat-owned media manipulate public opinion in the interest of establishment agendas using brazen propaganda campaigns, but it is just the most recent example. Over and over and over again we see public perception of what’s going on distorted by lies inserted into their minds by the corporate news media, like when half a year after the invasion of Iraq seven in ten Americans believed Saddam Hussein was responsible for the 9/11 attacks. All it took to trick them into believing this and supporting the invasion was repeatedly mentioning 9/11 and Saddam in the same breath, despite there never being any evidence whatsoever for any such thing.

This kind of manipulation is not rare, it is ubiquitous and ongoing. Every single day the plutocratic media are putting ideas in people’s minds which favor the establishment upon which said plutocrats have built their kingdoms, normalizing the insane status quo and manufacturing support for agendas which bolster it. This is not some delusional conspiracy theory, it’s a well-documented fact to which many mainstream journalists have testified.

As long as this remains the case in our society, democracy cannot exist in any meaningful way. As long as a loose alliance of plutocrats and government operatives are able to consistently manipulate the way a critical mass of people think and vote, then you cannot rightly say that the people are in charge of the fate of their nation. If the majority is consistently in alignment with the plutocrats whose outsized media influence enables them to dominate the public narrative, then voting necessarily reflects the will of those plutocrats, not the people.

Even if you changed everything else that is wrong with the current system, nothing would change if the plutocratic class retained its ability to manipulate the way people think and vote. You can fix America’s garbage election integrity, end gerrymandering, even get money out of politics, but as long as the plutocratic class is still using its wealth to manipulate public thought in support of its interests, people would keep voting the way they’re manipulated to vote.

Manipulation is a key ingredient in any long-term abusive relationship, because people don’t tend to stay in abusive situations unless they are manipulated into doing so. This is true whether you’re talking about romantic partnerships, governments, or globe-spanning power structures. We don’t use the power of our numbers to end this abusive relationship where we are at the whim of crushing austerity, exploitative neoliberalism, endless war and rapacious ecocide, because we’re being manipulated into staying.

And, just like with any other abusive relationship, there comes a time to leave before it’s too late. That time is now. We can begin by expanding awareness of what’s really going on, both inwardly in ourselves and outwardly by sharing truthful information with others. In so doing, we stand a chance at making ourselves impossible to propagandize effectively and using our strength in numbers to force real change.