– “…Whetted, the mobs took the task to heart: Red Guards destroyed historical relics, statues, and artifacts, and ransacked cultural and religious sites. Libraries were burned. Religion was considered a tool of capitalists and so churches were destroyed—even the Temple of Confucius was wrecked. Eventually the Red Guards moved on to openly killing people who did not think as they did. Where were the police? The cops were told not to intervene in Red Guard activities” 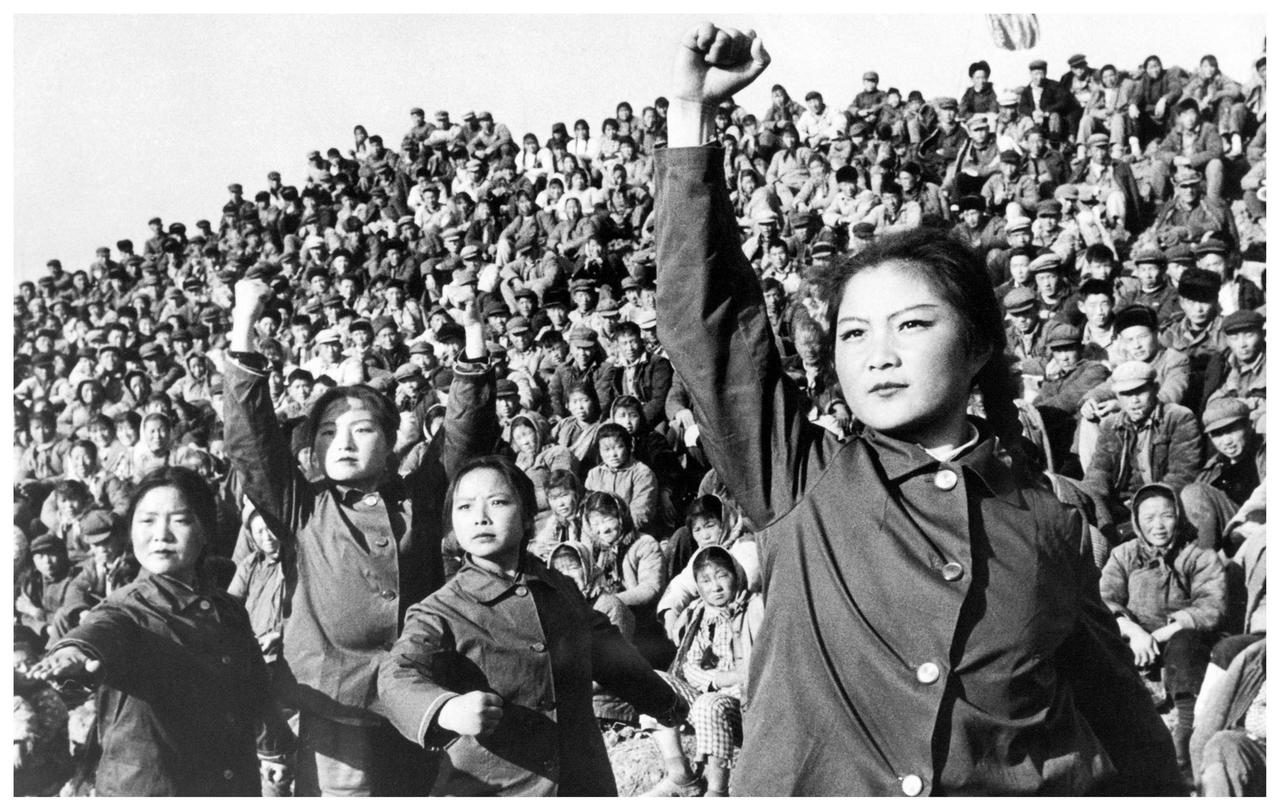 I’m ambivalent about statues and J.K. Rowling being torn down, but terrified of the thought process behind the destruction. Decisions should never be made by mobs.

Is America on the edge of a cultural revolution?

The historical namesake and obvious parallel is the Cultural Revolution in China, which lasted from 1966 to 1976. Its stated goal was to purge capitalist and traditional elements from society, and to substitute a new way of thinking based on Mao’s own beliefs. The epic struggle for control and power waged war against anybody on the wrong side of an idea.

To set the mobs on somebody, one needed only to tie him to an official blacklist like the Four Olds (old customs, culture, habits, and ideas). China’s young people and urban workers formed Red Guard units to go after whomever was outed. Violence? Yes, please. When Mao launched the movement in May 1966, he told his mobs to “bombard the headquarters” and made clear that “to rebel is justified.” He said “revisionists should be removed through violent class struggle.” The old thinkers were everywhere and were systematically trying to preserve their power and subjugate the people.

Whetted, the mobs took the task to heart: Red Guards destroyed historical relics, statues, and artifacts, and ransacked cultural and religious sites. Libraries were burned. Religion was considered a tool of capitalists and so churches were destroyed—even the Temple of Confucius was wrecked. Eventually the Red Guards moved on to openly killing people who did not think as they did. Where were the police? The cops were told not to intervene in Red Guard activities, and if they did, the national police chief pardoned the Guards for any crimes.

Education was singled out, as it was the way the old values were preserved and transmitted. Teachers, particularly those at universities, were considered the “Stinking Old Ninth” and were widely persecuted. The lucky ones just suffered the public humiliation of shaved heads, while others were tortured. Many were slaughtered or harassed into suicide. Schools and universities eventually closed down and over 10 million former students were sent to the countryside to labor under the Down to the Countryside Movement. A lost generation was abandoned to fester, uneducated. Red Guard pogroms eventually came to include the cannibalization of revisionists. After all, as Mao said, a revolution is not a dinner party. 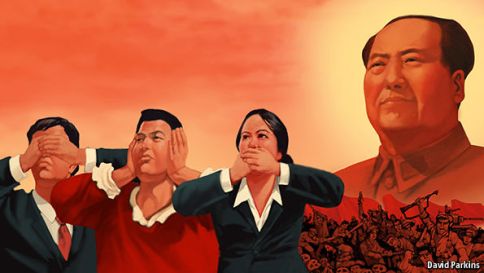 The Cultural Revolution destroyed China’s economy and traditional culture, leaving behind a possible death toll ranging from one to 20 million. Nobody really knows. It was a war on the way people think. And it failed. One immediate consequence of the Revolution’s failure was the rise in power of the military after regular people decided they’d had enough and wanted order restored. China then became even more of a capitalist society than it had ever imagined in pre-Revolution days. Oh well.

I spoke with an elderly Chinese academic who had been forced from her classroom and made to sleep outside with the animals during the Revolution. She recalled forced self-criticism sessions that required her to guess at her crimes, as she’d done nothing more than teach literature, a kind of systematic revisionism in that it espoused beliefs her tormentors thought contributed to the rotten society. She also had to write out long apologies for being who she was. She was personally held responsible for 4,000 years of oppression of the masses. Our meeting was last year, before white guilt became a whole category on Netflix, but I wonder if she’d see now how similar it all is.

That’s probably a longer version of events than a column like this would usually feature. A tragedy on the scale of the Holocaust in terms of human lives, an attempt to destroy culture on a level that would embarrass the Taliban—this topic is not widely taught in American colleges, never mind in China.

It should be taught, because history rhymes. Chinese students are again outing teachers, sometimes via cellphone videos, for “improper speech,” teaching hurtful things from the past using the wrong vocabulary. Other Chinese intellectuals are harassed online for holding outlier positions, or lose their jobs for teaching novels with the wrong values. Once abhorred as anti-free speech, most UC Berkeley students would likely now agree that such steps are proper. In Minnesota, To Kill A Mockingbird and Huckleberry Finn are banned because fictional characters use a racial slur.

There are no statues to the Cultural Revolution here or in China. Nobody builds monuments to chaos. But it’s never really about the statues anyway. In America, we moved quickly from demands to tear down the statues of Robert E. Lee to Thomas Jefferson to basically any Caucasian, including “White Jesus.“

Of course, it was never going to stop with Confederate generals because it was not really about racism any more than the Cultural Revolution was really about capitalism. This is about rewriting history for political ends, both short-term power grabs (Not Trump 2020!) and longer term societal changes that one critic calls the “successor ideology,” the melange of academic radicalism now seeking hegemony throughout American institutions. Douglas Murray is more succinct. The purpose “is to embed a new metaphysics into our societies: a new religion.” The ideas—centered on there being only one accepted way of thought—are a tool of control.

It remains to be seen where America goes next in its own nascent cultural revolution. Like slow dancing in eighth grade, maybe nothing will come of it. These early stages, where the victims are Uncle Ben, Aunt Jemima, someone losing her temper while walking a dog in Central Park, and canceled celebrities, are a far cry from the millions murdered for the same goals in China. Much of what appears revolutionary is just Internet pranking and common looting amplified by an agendaized media. One writer sees “cancel culture as a game, the point of which is to impose unemployment on people as a form of recreation.” B-list celebs and Karens in the parking lot are easy enough targets. Ask the Red Guards: it’s fun to break things.

Still, the intellectual roots of our revolution and China’s seem similar: the hate of the old, the need for unacceptable ideas to be disappeared in the name of social progress, intolerance toward dissent, violence to enforce conformity.

In America these are spreading outward from our universities so that everywhere today—movies, TV, publishing, news, ads, sports—is an Oberlin where in the name of free speech “hate speech” is banned, and in the name of safety dangerous ideas and the people who hold them are not only not discussed but canceled, shot down via the projectile of the heckler’s veto, unfriended, demonetized, deleted, de-platformed, demeaned, chased after by mobs both real and online in a horrible blend of self-righteousness and cyber bullying. They don’t believe in a marketplace of ideas. Ideas to the mob are either right or wrong and the “wrong” ones must be banished. The choices to survive the mobs are conformity or silence. In China, you showed conformity by carrying around Mao’s Little Red Book. In America, you wear a soiled surgical mask to the supermarket.

The philosophical spadework for an American Cultural Revolution is done. Switch the terms capitalism and revisionism with racism and white supremacy in some of Mao’s speeches and you have a decent speech draft for a Black Lives Matter rally. Actually, you can keep Mao’s references to destroying capitalism, as they track pretty closely with progressive thought in 2020 America.

History is not there to make anyone feel safe or justify current theories about policing. History exists so we can learn from it, and for us to learn from it, it has to exist for us to study it, to be offended and uncomfortable with it, to bathe in it, to taste it bitter or sweet. When you wash your hands of an idea, you lose all the other ideas that grew to challenge it. Think of those as antibodies fighting a disease. What happens when they are no longer at the ready? What happens when a body forgets how to fight an illness? What happens when a society forgets how to challenge a bad idea with a better one?

2 thoughts on “REALPOLITIK: Remember The Red Guards Before You Cheer The Woke Mobs – By Peter Van Buren”