– “…The Jasenovac death camp (1941 – 1945) is inextricably bound up with the World War II German satellite “Independent State of Croatia,” with which it is coeval and which set it up as an extermination facility for its undesirables (the “deplorables” of that period), Serbs, Jews, and Gypsies. Conservative estimates put the number of victims at around 700,000″

Jasenovac – the Glossed Over Auschwitz of the Balkans – By Stephen Karganovic 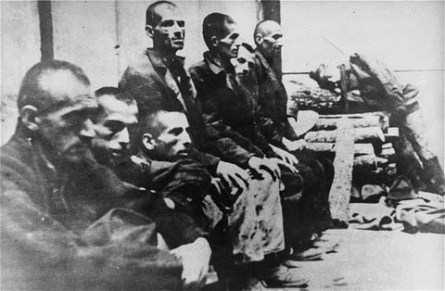 Unfathomable as that may appear, yes, it was quite possible for the second-ranking slaughterhouse in Europe in recent memory to have slipped off the radar screen. Even such a renowned authority as Professor Gideon Greif is having an exceptionally difficult time of it in trying to put it back on.

Precisely because it has not been the theme of any Hollywood spectaculars, Jasenovac does not attract any school excursions and textbooks are largely silent about it. Some background information on Jasenovac therefore seems like a good place to start.

The Jasenovac death camp (1941 – 1945) is inextricably bound up with the World War II German satellite “Independent State of Croatia,” with which it is coeval and which set it up as an extermination facility for its undesirables (the “deplorables” of that period), Serbs, Jews, and Gypsies. Conservative estimates put the number of victims at around 700,000. There is a fundamental difference, however, between Auschwitz and Jasenovac. While Auschwitz was an indisputably German operation, Jasenovac was set up by the native government of the German-allied Croat war-time state for the specific purpose of committing genocide against the racial groups it proscribed. It was run entirely by that government’s party militia, the Ustashi contingent, not by the Germans.

Another fundamental difference is that the German designed operation in Auschwitz was conducted with the primary goal of attaining industrial efficiency, the quantity of corpses clearly taking precedence over the qualitative details of the killing process. In Jasenovac under Croat Ustashi management, on the other hand, both dimensions were important. But the “qualitative,” referring to personal attention in the most sadistic forms given to the victims, was clearly given preference. Even the unflappable Germans were shocked. The German military commander in Croatia, Gen. Glaise von Horstenau, a faithful Nazi and no sympathiser of Serbs, Jews, or Gypsies, after visiting Jasenovac felt compelled to comment in his diary: “Jasenovac must be the apex of all evil, and no mere mortal is capable of even conceiving what it is like.” We may surmise that von Horstenau must have been on the right track in his description because the most thorough recent academic study of Jasenovac was published by Prof. Gideon Greif, an Israeli scholar. Prof. Greif’s main topic of interest before Jasenovac had been the Shoa, and specifically Auschwitz. Familiar as he thus was with horrors, after studying Jasenovac Prof. Greif nevertheless could not avoid experiencing the same shock that was felt by the Nazi general after inspecting it personally.

All the resources of the Croat state were consciously mobilized and intensely focused to make Jasenovac possible as the country’s premier mass killing field and slaughterhouse. That is not to neglect, of course, thousands of Serbian villages and other less well-known spots where the relentless extermination program, which shall forever blacken the name of that unhappy land, was being implemented.

In his monumental study “Jasenovac – Auschwitz of the Balkans” [2018], Prof. Greif documents 57 different methods of manual killing practiced by the Croatian Ustashi in Jasenovac, both to save fuel and ammunition and to provide perverse pleasure to the perpetrators. Jasenovac is undoubtedly the culminating point of the homicidal madness which animated the necrophilous Croat Ustashi state under German tutelage during World War II. Ljubo Miloš, the first commander of the Jasenovac concentration camp when it was organized in August 1941, boasted in 1942 at the first anniversary of the camp’s founding that in a single year more people had been exterminated in it than were killed over several centuries of Ottoman Turkish rule in the Balkans. 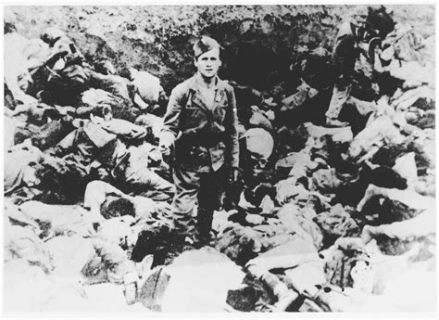 The Jasenovac extermination mechanism shocked even victim-hostile, perpetrator-friendly German observers due to the massiveness and needless depravity of the crimes that were committed there. They run not into thousands, but into the hundreds of thousands of victims of both sexes, all ages, and include children, for whom a special camp within the Jasenovac complex, a unique institution in Europe under fascist rule, was set up in Jastrebarsko.

In late January 1945, the Soviet Army at last liberated Auschwitz during its victorious march through Poland. Nothing of the sort, however, happened in Jasenovac, due to a number of invidious circumstances. As the Ustashi recognized that with the obvious defeat of Nazi Germany the end of their terror regime was at hand, they decided to destroy evidence and liquidate witnesses of their crimes by systematically shooting the remaining prisoners before evacuating the Jasenovac camp. On April 22 1945 the remaining 200 or so prisoners, aware of their imminent fate, staged an uprising and breakout from the camp, in the hope that some at least would survive. Only a few dozen did. So another of Jasenovac’s distinctions is that it was the only known fascist concentration camp to have, in effect, liberated itself.

Over the decades that followed, the grisly Jasenovac story was hostage to ruthless political motives which largely removed it from public awareness. One of these motives was the misguided policy of the Tito regime to obliterate evidence of World War II conduct of some of Yugoslavia’s constituent ethnicities in a vain attempt to forge the country’s unity. That illusory unity collapsed spectacularly in the 1990s, leading to an atrocious civil war and a resurgence of unrepentant Ustashi ideology in contemporary Croatia. The other key factor, paradoxically, was the close identification of Croatia’s Roman Catholic clergy with massive crimes committed in the wartime Croatian state and their enthusiastic support for the Ustashi regime which organized them. One of the commanders of Jasenovac, in fact, was Roman Catholic Franciscan friar, Miroslav Filipović-Majstorović. The other factor was that the Western allies were planning a strike against the Soviet Union (codenamed Operation Unthinkable) to begin shortly after Nazi Germany was subdued, and to include even remnants of the Wehrmacht. An understanding had been reached with the Vatican that the Roman Catholic church with all its considerable human resources would fully back that crusade. Revelation of the horrid crimes committed by its minions, in both religious and secular garb, in Croatia would have gravely undermined its moral prestige and mass mobilization capabilities and therefore usefulness to the Western Allies. As a result, another layer of oblivion was added to cover the inferno that was World War II Croatia. Otherwise inexplicable British connivance in installing Tito as the ruler of post-war Yugoslavia begins to make sense in light of these plans.

While the downplaying of Jasenovac during the Tito regime has a convoluted political rationale, though none at all morally, the consistent refusal since then to make factual knowledge of what happened there part of the indispensable global information patrimony is utterly bewildering and inexcusable. The fact that a scholar of Prof. Greif’s calibre has boldly tackled the issue, and with palpable resonance, is encouraging but not enough. Even he has been subjected to threats from the perpetrators’ unrepentant heirs and oddly his book on Jasenovac is currently “out of print” and for the moment unobtainable through regular bibliographic channels.

The war in the former Yugoslavia has been over for a quarter of a century, but the Jasenovac conspiracy of silence, or of extreme “discretion” if one prefers, continues. Ideological descendants of the perpetrators, encouraged by impunity, deny that anything untoward had even happened in Jasenovac and cynically portray it as a labor camp with generous amenities for the prisoners. They even shamelessly claim that it functioned as a safe house for potential persecution victims of the German occupation regime. The massive death toll of this extermination facility is brazenly reduced to just a few hundreds. The pattern of the crime apologists who minimize and trivialize Auschwitz is replicated in Jasenovac, with breath-taking audacity and imitational precision.

But while the main Jasenovac death camp was located on the Croatian side of the Sava River, many of its killing fields extended over to Gradina, on the river’s other bank, which is now fully under the control of the Republic of Srpska. The Gradina camp of the Jasenovac complex is beyond the reach of Croatian authorities and they cannot tamper with or misrepresent the evidence that lies there just under the surface of the earth. That is all the more important since historians and survivors are unanimous that most of the mass killings associated with Jasenovac actually occurred on the Gradina side of the Sava River.

When will the government of the Republic of Srpska invite teams of forensic experts and volunteers with shovels to start turning over the soil on its territory where an important part of the infamous Jasenovac camp was located and to catalogue their findings? When will Croatia take moral responsibility for the perpetration of this genocide?

Jasenovac – the Glossed Over Auschwitz of the Balkans