– “…We live in a world today where the number of people that understand the truth about a wide array of topics is severely diminishing. The reason for this is a combination of various factors, including the stripping of critical thinking skills from schooling worldwide as well as the exponential proliferation of disinformation through social media and mass media, which the predominant majority of people today still do not understand are controlled by the ruling parasitic class”

Truth Lies with System Outcomes, Not the Stated Intentions of its Architects 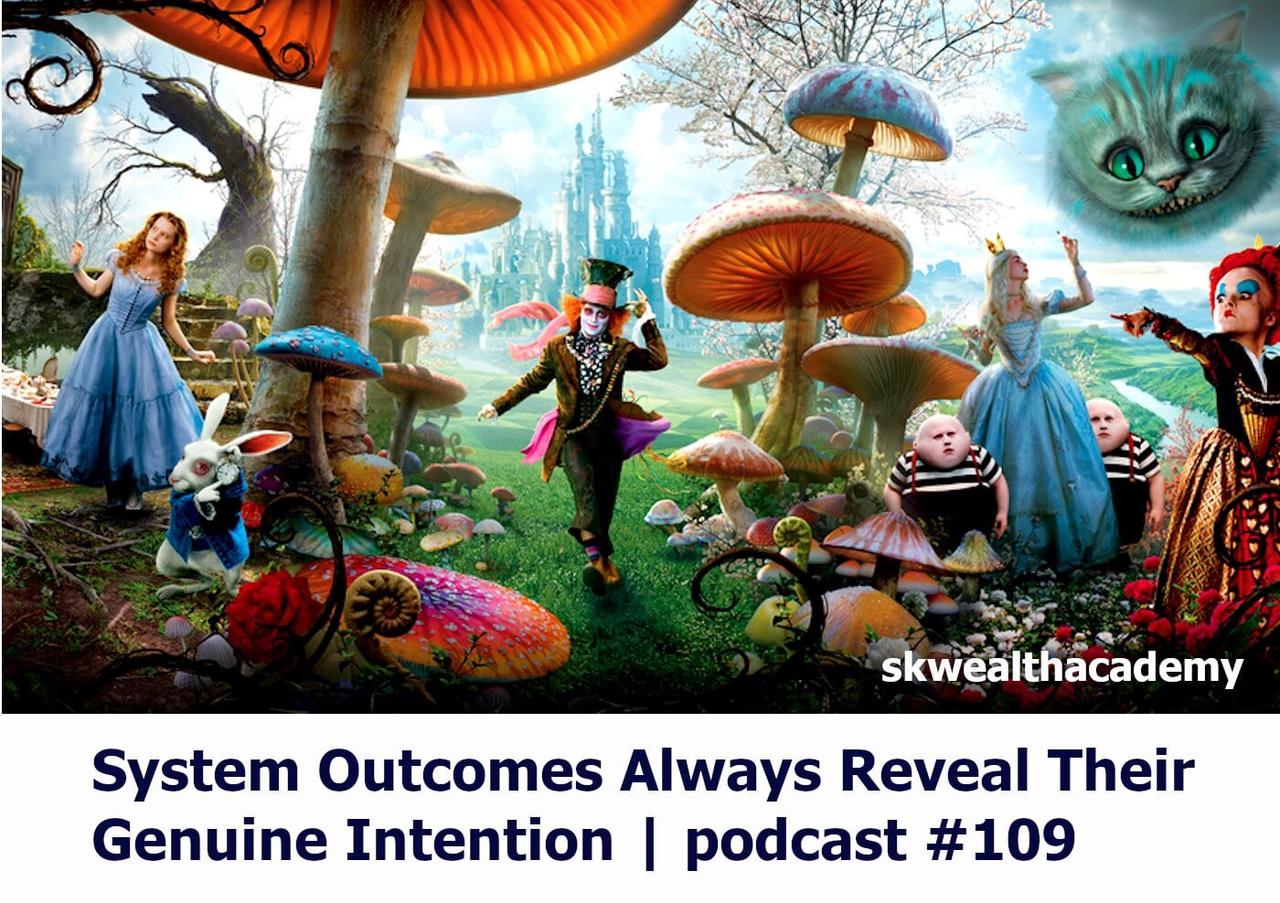 We live in a world today where the number of people that understand the truth about a wide array of topics is severely diminishing.

The reason for this is a combination of various factors, including the stripping of critical thinking skills from schooling worldwide as well as the exponential proliferation of disinformation through social media and mass media, which the predominant majority of people today still do not understand are controlled by the ruling parasitic class. We’ve all heard the quote “a lie can travel halfway around the world while the truth is still putting on its shoes” and that quote has become even more relevant today with the rapid rise in the adoption of social media, whose platforms often promote an extremely biased agenda and unfair, inaccurate news narratives. With great irony, the above quote is most often misattributed to Mark Twain and sometimes to Winston Churchill and Cordell Hull (the US Secretary of State under President FDR) as well.

However, Irish author and satirist, Jonathan Swift, who died nearly a century before Mark Twain was born, stated in an essay published in The Examiner in 1710 the following: “Falsehood flies, and truth comes limping after it, so that when men come to be undeceived, it is too late; the jest is over, and the tale hath had its effect”, an iteration of the above quote. And many literary historians state that an iteration of Swift’s above quote have been documented by various authors that preceded Swift.  And if one would argue that Twain should still be attributed as the author of the “shoes” quote, an attribution in the 5 September 1820 Portland, Maine Gazette stated, “Falsehood will fly from Maine to Georgia, while truth is pulling her boots on”, and C. H. Spurgeon stated in his essays, Gems from Spurgeon, published in 1859: “A lie will go round the world while truth is pulling its boots on.”

Twain wasn’t born until 1835, and ironically, as the person most attributed as stating the above quote, the documentation remains nearly non-existent that Twain actually stated anything similar.  Another famous quote that is repeated by loads of people that has zero documentation is the following from Henry Ford: “It is well enough that people of the nation do not understand our banking and monetary system, for if they did, I believe there would be a revolution before tomorrow morning.” Again, there is absolutely zero historical concrete documentation or proof that Henry Ford ever uttered this phrase, but yet, just because enough people claim that he did, then thousands, and perhaps even millions of people are easily duped into believing that the aforementioned statement was a direct quote from Henry Ford.

And this is the problem with the lack of critical thought development in schools today. With great irony, the majority of people believe that institutional schooling’s purpose is to educate, even when the system outcome has been graduates with little reasoning and critical thinking skills for decades.  Far too many of us blindly believe any unsubstantiated claim with little to no proof as long as that claim is disseminated through a mass media source, whether television, newspapers, or social media. Furthermore, in rare instances when a source is provided, often as simple statement like “that information came from a credible, legitimate source” with no further critique to determine if that statement is true or false is often sufficient to dupe millions of people into believing falsehoods. We must realize however, that the gatekeepers, or fact checkers, of determining what is a “credible” or “non-credible” source are often members of the parasitic ruling class so such attributions of sources as “credible” or “non-credible” are completely false. For example, a simple hour of research into some of the world’s most referenced fact checkers, like Wikipedia, Facebook and Politifact reveals serious problems with their fact-checking methodology that render much of the information they “vet” as true or false completely unreliable.

Just as we should never listen to what politicians promise during their campaign speeches, but judge them by their actions and the results they produce that reveal their true nature and character, one of the easiest ways to discern fact from truth about engineered pillars of society is merely to observe the results of these systems versus blindly accepting the stated intentions of these systems by their architects. Consequently, if we truly wanted to understand the truths of Central Banking, global financial system, economic systems, judicial systems, and institutional education systems, we should never listen to the stated purpose by its architects, but simply analyze the results, for the results expose the true intentions of these systems

One thought on “REALPOLITIK: Truth Lies with System Outcomes, Not the Stated Intentions of its Architects”