– “…The report concluded by suggesting that the most viable path to prosperity for low-income Americans was becoming a wealthy family’s pet….rich pets enjoy lavish lifestyles that many U.S. citizens could only dream of”

SM: …As evidenced from this report, the ‘American Dream’ is very much alive & well…proving once again that anyone can still be ‘Top Dog’ with a little focused effort (…although it may require you to lay on your back & have your belly rubbed now & again)…. 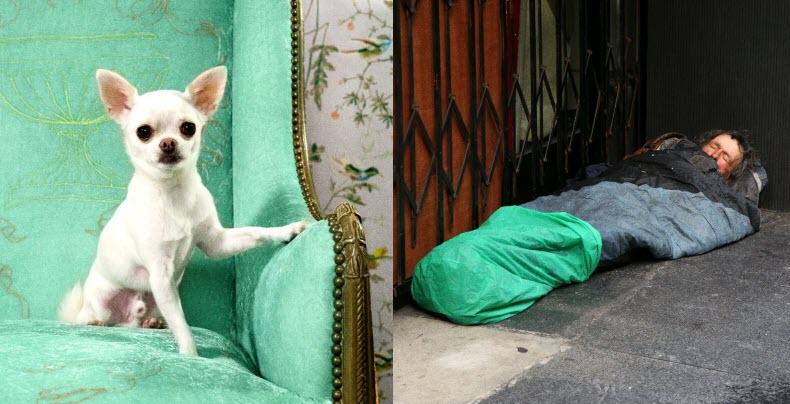 “Our data shows a rapidly increasing disparity between Americans living in poverty and the top 1% of Americans’ pets,” said study co-author Madeline Greggs, adding that from access to high-quality food and stable housing to consistent medical care, the average pet of a rich American family had a significantly higher quality of life than a vast majority of low-income Americans.

“Since the 1970s, economic growth has slowed for all but a tiny fraction of Americans and their pets, such that not only are the vast majority of luxury goods much more available to these purebred dogs, cats, and chinchillas than the average person, rich pets enjoy lavish lifestyles that many U.S. citizens could only dream of.”

The report concluded by suggesting that the most viable path to prosperity for low-income Americans was becoming a wealthy family’s pet.