– “…One of the fascinating phenomena in the JFK assassination is the fear of some Americans to consider the possibility that the assassination was actually a regime-change operation carried out by the U.S. national-security establishment rather than simply a murder carried out by a supposed lone-nut assassin”

What Americans Fear Most In The JFK Assassination, Part 1 – By Jacob Hornberger

One of the fascinating phenomena in the JFK assassination is the fear of some Americans to consider the possibility that the assassination was actually a regime-change operation carried out by the U.S. national-security establishment rather than simply a murder carried out by a supposed lone-nut assassin.

The mountain of evidence that has surfaced, especially since the 1990s, when the JFK Records Act mandated the release of top-secret assassination-related records within the national-security establishment, has been in the nature of circumstantial evidence, as compared to direct evidence. Thus, I can understand that someone who places little faith in the power of circumstantial evidence might study and review that evidence and decide to embrace the “lone-nut theory” of the case. 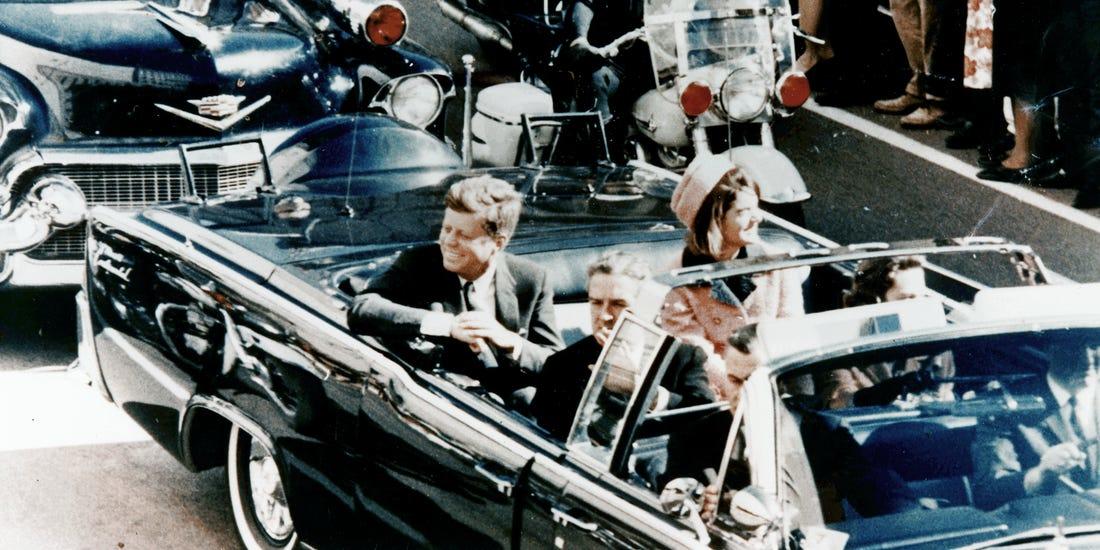 But many of the people who have embraced the lone-nut theory have never spent any time studying the evidence in the case and yet have embraced the lone-nut theory. Why? My hunch is that the reason is that they have a deep fear of being labeled a “conspiracy theorist,” which is the term the CIA many years ago advised its assets in the mainstream press to employ to discredit those who were questioning the official narrative in the case.

Interestingly, there are those who have shown no reluctance to study the facts and circumstances surrounding foreign regime-change operations carried out by the CIA and the Pentagon. But when it comes to the Kennedy assassination, they run for the hills, exclaiming that they don’t want to be pulled down the “rabbit hole,” meaning that they don’t want to take any chances of being labeled a “conspiracy theorist.”

For those who have never delved into the Kennedy assassination but have interest in the matter, let me set forth just a few of the reasons that the circumstantial evidence points to a U.S. national-security state regime-change operation. Then, at the end of this article, I’ll point out some books and videos for those who wish to explore the matter more deeply.

Yet, when one examines the evidence in the case objectively, the lone-theory doesn’t make any sense. The only thesis that is consistent with the evidence and, well, common sense, is that Oswald was an intelligence agent.

What are the chances that the Marine Corps would permit an openly avowed communist to serve in its ranks? None! There is no such chance. And yet, here was Oswald, whose Marine friends were calling “Oswaldovitch,” being assigned to the Atsugi naval base in Japan, where the U.S. Air Force was basing its top-secret U-2 spy plane, one that it was using to secretly fly over the Soviet Union. Why would the Navy and the Air Force permit a self-avowed communist even near the U-2? Does that make any sense?

While Oswald was serving in the Marine Corps, he became fluent in the Russian language. How is that possible? How many people have you known who have become fluent in a foreign langue all on their own, especially when they have a full-time job? Even if they are able to study a foreign language from books, they have to practice conversing with people in that language to become proficient in speaking it. How did Oswald do that? There is but one reasonable possibility: Language lessons provided by U.S. military-suppled tutors.

After leaving the Marine Corps, Oswald traveled to the Soviet Union, walked into the U.S. embassy, renounced his citizenship, and stated that he intended to give any secrets he learned while serving in the military to the Soviet Union. Later, when he stated his desire to return to the United States, with a wife with family connections to Soviet intelligence, Oswald was given the red-carpet treatment on his return. No grand jury summons. No grand-jury indictment. No FBI interrogation. No congressional summons to testify.

Remember: This was at the height of the Cold War, when the U.S. national-security establishment was telling Americans that there was a worldwide communist conspiracy based in Moscow that was hell-bent on taking over the United States and the rest of the world. The U.S. had gone to war in Korea because of the supposed communist threat. They would do the same in Vietnam. They would target Cuba and Fidel Castro with invasion and assassination. They would pull off regime-change operations on both sides of the Kennedy assassination: Iran (1953), Guatemala (1954), Cuba (1960s), Congo (1963), and Chile (1973).

During the 1950s, they were targeting any American who had had any connections to communism. They were subpoenaing people to testify before Congress as to whether they had ever been members of the Communist Party. They were destroying people’s reputations and costing them their jobs. Remember the case of Dalton Trumbo and other Hollywood writers who were criminally prosecuted and incarcerated. Recall the Hollywood blacklist. Recall the Rosenbergs, who they executed for giving national-security state secrets to the Soviets. Think about Jane Fonda.

Not so with Oswald. With him, we have what amounts to two separate parallel universes. One universe involves all the Cold War hoopla against communists. Another one is the one in which Oswald is sauntering across the world stage as one of America’s biggest self-proclaimed communists — a U.S. Marine communist — who isn’t touched by some congressional investigative committee, some federal grand jury, or some FBI agent. How is that possible?

Later, when Oswald ended up in Dallas, his friends were right-wingers, not left-wingers. He even got job at a photographic facility that developed top-secret photographs for the U.S. government. How is that possible? Later, when he ended up in New Orleans, he got hired by a private company that was owned by a fierce anti-communist right-winger. Why would he hire a supposed communist who supposedly had betrayed America by supposedly joining up with America’s avowed communist enemy, the Soviet Union, and to whom he had supposedly given U.S. national-security state secrets, just like Julian and Ethel Rosenberg had?

Fear in the JFK Assassination, Part 1 (of 2)