– “…In Bourdain’s case, he criticized Hillary Clinton late last year for the latter’s Harvey Weinstein scandal, and posted Weinstein’s use of Israeli intelligence that is tied to Black Cube, to follow Weinstein’s victims”

I come to know about Chef Anthony Bourdain through his travel and exploration of the Philippine cuisine. His down to earth style struck a chord right away. 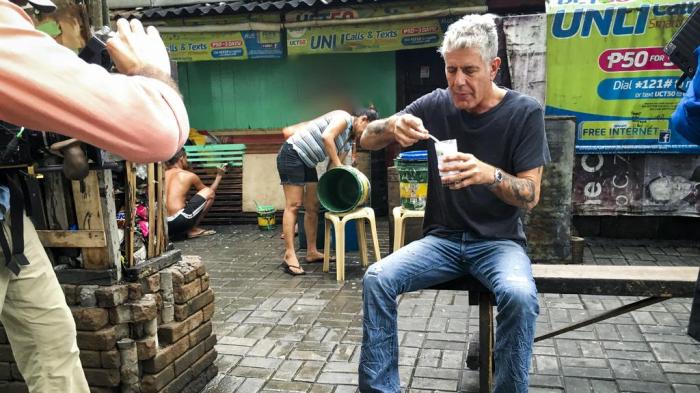 But it is his untimely death that is making the rounds here and abroad. So I asked why?

Fortunately, our friend John provided us the link to a Political Velcraft article that narrows it down to what Chef Bourdain did before he was suicided.

The ongoing mainstream narrative is that Bourdain hanged himself in his French hotel room on account of guilt for his child and other bullshit they could think of.

It is important to understand that this is the 3rd “suicide” by hanging in a week, after Kate Space and Ines Zorregeiuta.

In Bourdain’s case, he criticized Hillary Clinton late last year for the latter’s Harvey Weinstein scandal, and posted Weinstein’s use of Israeli intelligence that is tied to Black Cube, to follow Weinstein’s victims.

As everyone in the awakened world knows, the Israeli intelligence is notorious for its invasive, covert assassinations.

That Wikipedia list is by no way exhaustive, of course.

The relationship between Clinton and Weinstein goes long, way back…

However, the motivation behind Bourdain’s criticism of Hillary was personal, too.

It was Asia Argento, Bourdain’s girlfriend that brought Harvey Weinstein down.

Director, Actress, and Activist Asia Argento gave a powerful speech at the European Parliament just before International Women’s Day. Asia played a big role in bringing Harvey Weinstein down and in this speech she recounts the horror of what she dealt with after he raped her. “We are no longer victims, we are victorious.”

Asia is being taught a lesson she’ll never forget. No one gets away easily when poking the Deep State.

Thank you Chef Bourdain for not selling out and for bringing our food culture to the world.