– “…A whole new world is unfolding for those with the courage to accept it. CE-5 Contact with spiritually and technologically advanced extra and ultra terrestrial off world visitors which we refer to as the greater family of man has occurred at the home of James Gilliland, known as the ECETI Ranch….thousands of eyewitnesses, some of which are prominent scientists and physicists. Astro, nuclear, bio and plasma physicists have all witnessed these events. Aerospace, Air force design engineers, professional photographers and investigators from around the world have come to observe the ongoing UFO activity at the Sanctuary”

SM:…Knowledge is Power, Ignorance is Bliss – You Decide…

The aim of ECETI (Enlightened Contact with Extra Terrestrial Intelligence) is to help with public awareness of the E.T reality and to assist people with connecting to positive otherworldly beings. ECETI shares wisdom and teachings in all areas and is a place where addressing issues such as poverty, the environment, new technologies, food, health, happiness and well-being, along with Self Mastery is being done.

An unprecedented event is unfolding in a small town known as Trout Lake, Washington. This event has the potential to change the course and destiny of Humanity and the Earth.

The people of Earth are being offered a chance to join the rest of the universe in peace. The technologies to end disease, clean up and restore the environment, fuel-less energy technologies, and the virtual keys to Utopia have been disseminated and are waiting for distribution and production.

A whole new world is unfolding for those with the courage to accept it. CE-5 Contact with spiritually and technologically advanced extra and ultra terrestrial off world visitors which we refer to as the greater family of man has occurred at the home of James Gilliland, known as the ECETI Ranch. ABC, Fox News, The History Channel, Evening Magazine, and other cable channels too numerous to mention have covered the ongoing contacts at the Sanctuary. Radio shows such as Coast to Coast AM with George Noory & Art Bell, Jeff Rense and many others have all covered this incredible verifiable event. 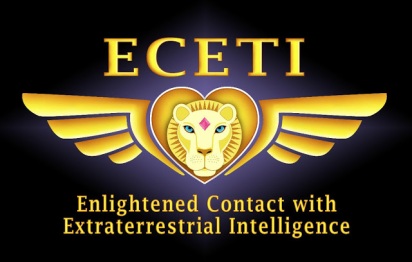 There have been thousands of eyewitnesses, some of which are prominent scientists and physicists. Astro, nuclear, bio and plasma physicists have all witnessed these events. Aerospace, Air force design engineers, professional photographers and investigators from around the world have come to observe the ongoing UFO activity at the Sanctuary. There is a long history of UFO sightings in the area going back as far as a hundreds of years in Native American Lore.

Kenneth Arnold who coined the word flying saucers in his 1947 report said he lost sight of the luminous discs as they descended on the western slopes of Mt Adams. Trout Lake, now internationally known as a UFO hot spot, is located at the base of Mt. Adams. Dr J. Allen Hynek, Greg Long, Bill Voguel, David Ackers and many other investigators have documented a long history of UFO activity covering events from contacts, sightings of metallic craft and large luminous objects which are inquisitive, follow vehicles and demonstrate themselves to be under intelligent control.

Within these reports were sightings by fire tower operators, forest rangers, and local police. People from all walks of life have, and are continuing to come to witness the ongoing events. CSETI with Dr Steven Greer, PSI Application with Steve Mareno and two other independent groups were all present when, not one, but four immense triangle ships flew over the Sanctuary along with other brilliant UFOs all of which were filmed by multiple witnesses.

There are large volumes of photos and literally hours of footage of ships hovering, taking off at break neck speeds, making right angle turns, throwing off tremendous energies expanding to several times their original size and responding to the people below showing they are under definite intelligent control. The evidence is in showing beyond a shadow of a doubt UFOs are real and ongoing contact is unfolding at the Sanctuary.

The purpose of these contacts is threefold. The first phase is to document the events and establish public awareness which is almost complete. The second phase is to rise to the occasion training ambassadors of peace to inter-phase with these benevolent off world visitors and secure a military stand down. In the interest of national security and common sense it is wise to align with those of superior technology in peace as allies rather than greet them with aggression.

Despite the Hollywood movies any conflict with off world visitors with the capability of interstellar, inter-dimensional and time travel would be a very arrogant and unwise decision. UFOs have a long deep rooted presence in the history of Earth and if they were going to conquer, destroy or consider us fine dining it would have happened long ago.

The last phase is to create a template, a Galactic Exchange Center like none other where full inter-phase and exchange of wisdom and technologies can occur. This sharing or inter-phase will assist humanity in a quantum leap in evolution thus joining the rest of the universe, the greater family of man in a bold new adventure.

​The Age of Aquarius is here. Love, compassion and service to Humanity and the Earth are now a prerequisite if we are going to continue in our evolutionary process. It is time to live in peace and harmony with each other, our environment and the greater family of man throughout the multiverses.

2 thoughts on “DIVINE PRESENCE: …Are You Ready For Conscious Contact?”