– “…Homeopaths saved the lives of almost everyone who came to them during the 1918 calamity. This threatened to expose that the new coal-tar based synthetic drugs (derived from the powerful oil industry)…The Dr. Rath Health Foundation reports that in 1918, “The Rockefeller Foundation [shortly afterwards connected to Bayer] uses the Spanish flu epidemic – and the media (that it already controlled by this time) – to start a witch-hunt on all forms of medicine that were not covered by its patents” 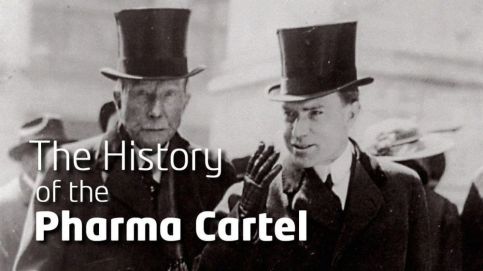 “In February 1917, Bayer lost its American patent on aspirin, opening a lucrative drug market to many manufacturers. Bayer fought back with copious advertising, celebrating the brand’s purity just as the epidemic was reaching its peak.” The New York Times

In Part 1, we revealed that while most believed for 100 years that a flu virus killed millions of people worldwide in 1918, medical forensic research discovered that most died of pneumonia caused by a massive bacterial infection. Here, we discuss how this research also shows that homeopathy saved people’s lives during that time, while aspirin killed them.

Karen Starko’s research shows that “Aspirin advertisements in August 1918 and a series of official recommendations for aspirin in September and early October preceded the death spike of October 1918.”

“The number of deaths in the United increased steeply, peaking first in the Navy in late September, then in the Army in early October, and finally in the general population in late October.”

Of tremendous significance is a single sentence in Starko‘s work.

“Homeopaths, who thought aspirin was a poison, claimed few deaths.”

That sentence stands out against a backdrop of millions of the deaths caused by Bayer and the pharmaceutical industry of the day.
In 2009, The New York Times reported:

“Aspirin packages were produced containing no warnings about toxicity and few instructions about use. In the fall of 1918, facing a widespread deadly disease with no known cure, the surgeon general and the United States Navy recommended aspirin as a symptomatic treatment, and the military bought large quantities of the drug.

“The Journal of the American Medical Association suggested a dose of 1,000 milligrams every three hours, the equivalent of almost 25 standard 325-milligram aspirin tablets in 24 hours. This is about twice the daily dosage generally considered safe today.” 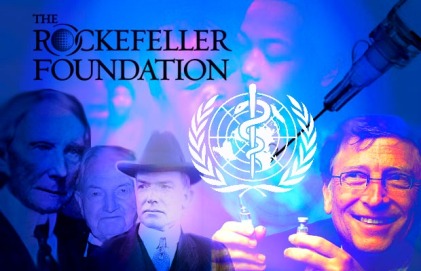 “Aspirin and the other coal tar products are condemned as causing great numbers of unnecessary deaths. The omnipresent aspirin is the most pernicious drug of all. It beguiles by its quick action of relief of pain, a relief which is but meretricious. In several cases aspirin weakened the heart, depressed the vital forces, increased the mortality in mild cases and made convalescence slower. In all cases it masks the symptoms and renders immeasurably more difficult the selection of the curative remedy. Apparently aspirin bears no curative relation to any disease and it ought to be prohibited.” ~Guy Beckly Stearns, MD, New York

Conversely, using only natural (thus un-patentable) substances, homeopaths saved the lives of almost everyone who came to them during the 1918 calamity. This threatened to expose that the new coal-tar based synthetic drugs (derived from the powerful oil industry), the basis for a giant new investment industry, were in fact disastrous medically. And that had to be stopped.

In The History of the Pharma-Cartel, the Dr. Rath Health Foundation reports that in 1918, “The Rockefeller Foundation [shortly afterwards connected to Bayer] uses the Spanish flu epidemic – and the media (that it already controlled by this time) – to start a witch-hunt on all forms of medicine that were not covered by its patents.”

In his affidavit filed in response to a lawsuit where he was falsely accused of distributing unregistered medicines in South Africa, Dr. Mathias Rath describes The History of the Pharmaceutical Industry:

“The Rockefeller Foundation was the front organization for a new global business venture…. This new venture was called the pharmaceutical investment business. Donations from the Rockefeller Foundation went only to medical schools and hospitals, which had become missionaries of patented pharmaceutical drugs, developed by a new breed of companies that manufactured patented, synthetic drugs….

This was also the time, when the first vitamins were discovered. It soon became clear that these natural molecules had life-saving health benefits and were able to prevent many chronic health problems….

These newly discovered natural molecules had only one disadvantage: they were non-patentable. Thus, already in its first decades of existence, the pharmaceutical investment business faced a mortal threat: vitamins and other micronutrients promoted as public health programmes would have prohibited the development of any sizable investment business based on patented synthetic drugs.

The elimination of this unwanted competition from micronutrients and other natural therapies became a question of survival for the young pharmaceutical investment business.

“To promote public acceptance of his ‘new medicine’ as the philanthropic umbrella of the newly created pharmaceutical investment industry with patented drugs – the Rockefeller controlled media used the Spanish flu epidemic of 1918, to start a campaign against all forms of non-patented medicine and discredit them as ‘unscientific.’ Within the next 15 years essentially all medical schools in the U.S., all influential hospitals and, most significantly, the ‘American Medical Association’ became part of this strategy to align the entire health care sector under the control of the pharmaceutical investment business.”

This witch-hunt, with Bayer in a leading role, has a long and violent history and continues today where the pharmaceutical industry is now moving to draconian measures, with the banning of all herbal remedies across Europe starting May 2011, with efforts to imprison a doctor providing natural cures for brain cancers, the attempt to criminalize homeopaths and all natural practitioners in North Carolina, with banning the mass production of Intravenous Vitamin C (it is a powerfully effective yet gentle treatment for cancer) in December 2010, and a plan in Australia to ban thousands of common garden plants.

In Part 3 of this series, we discuss how the Centers for Disease Control promotes anti-viral drugs, and enumerate some effects of its support of the myth of the 1918 flu.
.
Bayer and Death Series: