– “…Chevron’s extraordinary campaign against Donziger has resulted in him being disbarred, having his personal bank accounts frozen, lien against his personal residence, and outrageous fines against him. Chevron, on the other hand, with market capital in the hundreds of billions of dollars, has already beaten the $9.5 billion in fines, and is clearly using this case to make both a public example and a legal precedent for those who would dare attempt to hold corporations responsible for wanton environmental damage”

Last year the world was shocked by the devastating fires which tore through the Amazon rainforest. People from all corners of the globe voiced their sadness and support on social media, celebrities came forth with pledges of support, and Brazilian president Jair Bolsonaro become the public face of the ruin of the rainforest. 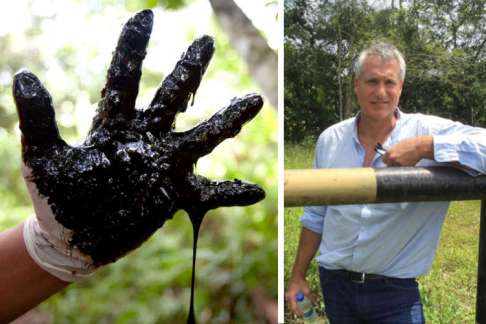 With all the concern over the situation, however, those who truly care about the rainforests of South America missed an important development in the multi-generational fight against the corporations most responsible for deforestation and oil drilling in the earth’s most biologically diverse natural ecosystems.

(Also Read: Steven Donziger: The man who stood up to an oil giant, and paid the price – By Rex Weyler @ https://www.greenpeace.org/international/story/28741/steven-donziger-chevron-oil-amazon-contamination-injustice/)

Steven Danziger has been fighting for indigenous land rights and social justice in South America for over 25 years, and is celebrated as the lawyer who stood up to and won a $9.5 billion dollar settlement against Chevron in 2011 for polluting Lago Agrio, Ecuador with cancer-causing chemicals, poisoning many indigenous groups in the region.

For more than two decades Steven Donziger has taken on one of the largest and most important fights for corporate accountability in history on behalf of indigenous and rainforest communities. His ability to stare down one of the most vicious corporate attacks in history is nothing short of astounding and serves as an inspiration to untold numbers of people around the world. ~Paul Paz y Miño, Associate Director, Amazon Watch

Since then, Chevron has waged a long war of targeted harassment against Donziger, hiring private investigators and an army of lawyers and law firms to make his life a living hell and bankrupt his family. On August 6th, 2019, Donziger was placed on house arrest in his home in New York City, after a judge held him in contempt of court for refusing to turn over his personal computer and phone for review by Chevron lawyers.

I’m like a corporate political prisoner… They are trying to totally destroy me. ~Steven Donziger

Chevron’s extraordinary campaign against Donziger has resulted in him being disbarred, having his personal bank accounts frozen, lien against his personal residence, and outrageous fines against him. Chevron, on the other hand, with market capital in the hundreds of billions of dollars, has already beaten the $9.5 billion in fines, and is clearly using this case to make both a public example and a legal precedent for those who would dare attempt to hold corporations responsible for wanton environmental damage.

The Intercept recently wrote an in-depth explanation of Donziger’s persecution by Chevron, which is worth reading in its entirety, but of particular note is the significance this case will have on the future of environmental activism.

Donziger’s current prohibition from working, traveling, earning money, and leaving his home shows how successful Chevron’s strategy has been. But even as his fate hangs in the balance, Donziger’s case matters far beyond the life of this one lawyer.

“It should be nothing short of terrifying for any activist challenging corporate power and the oil industry in the U.S.,” said Paul Paz y Miño, associate director of Amazon Watch, an organization devoted to the protection of the rainforest and Indigenous people in the Amazon basin. “They’ve made it clear there’s no amount of money that’s too much to spend on this case,” he said of Chevron. “They will stop at nothing.”

The Chevron case may be most devastating for the plaintiffs in the Amazon, who never received their judgment despite being left with hundreds of unlined waste pits and contaminated water and soil from millions of gallons of spilled crude oil and billions of gallons of dumped toxic waste. Everything that’s happened to Donziger “is small potatoes compared to the fact that Kaplan has rendered the damage the company actually did as totally irrelevant,” said Nesson. [Source]

Donziger is organizing a desperate effort to raise funds for his legal defense, endorsed and supported by Roger Waters of Pink Floyd, and author of Economic Hitman, John Perkins, among many other prominent advocates of environmental and social justice.

As noted by Sophia Rokhlin, anthropologist and author of When Plants Dream: Ayahuasca, Amazonian Shamanism and the Global Psychedelic Renaissance:

years I’ve been following Steven Donziger’s amazing work defending communities impacted by the Chevron oil spill in the Ecuadorian Amazon. I’ve seen the impact of this spill with my own eyes. I have swum in the water. What happened there is known now as the Chernobyl of the Amazon rainforest. Hundreds of premature deaths, unknown thousands of cancer cases, children born with deformities…it’s brutal.

To top this all off is the darker story of Chevron’s intentional, cold and calculated efforts to set-up Donziger. Donziger has been under house arrest for 178 days and faces a grueling legal battle before him. Corporations cannot be allowed to imprison and intimidate environmental defenders like this. This has got to end.

Any little donation and spreading the word helps. Thanks friends. – Sophia

On his website in his own words, Donziger voices his plea for help in this urgent matter:

Friends, I Need Your Help.

I have spent much of my professional life helping Indigenous peoples and local communities in Ecuador win a historic $9.5 billion judgment against Chevron for the deliberate dumping of cancer-causing oil waste into the Amazon. As part of a vicious retaliation campaign, Chevron has attacked me for 10 years using hundreds of lawyers with the goal of blocking my advocacy and bankrupting my family.

Chevron recently orchestrated my criminal contempt prosecution after I challenged an unprecedented order from a federal judge that I turn over my computer and phone for review by Chevron lawyers. After the regular prosecutor in Manhattan (the SDNY) refused the case, the judge appointed a corporate law firm with deep ties to the oil and gas industry to prosecute me. This law firm had me put under indefinite house arrest on August 6 where I remain now, almost six months later. I might be the only person in pre-trial detention in the entire country on a misdemeanor charge. There is a costly battle ahead, the outcome of which is essential not just for me and my family but also for the larger global struggle for justice. To meet this challenge, I need financial support urgently. ~ Steven Donziger

With so much public concern over the environment today, for people who truly care about the Amazon rainforest and the health of the world’s natural ecosystems, this case couldn’t be more important. If this resonates with you, perhaps consider contributing to Steven Donziger’s defense, here.

Dylan  Charles is the editor of Waking Times and host of The Battered Souls Podcast, both dedicated to ideas of personal transformation, societal awakening, and planetary renewal. His personal journey is deeply inspired by shamanic plant medicines and the arts of Kung Fu, Qi Gong and Yoga. After seven years of living in Costa Rica, he now lives in the Blue Ridge Mountains, where he practices Brazilian Jiu Jitsu and enjoys spending time with family. He has written hundreds of articles, reaching and inspiring millions of people around the world.