– “…The Celts gives a full inventory of all available archeological, linguistic and genetic evidence, as well as accounts from historical texts and oral myths. The picture Roberts paints is totally at odds with Roman and Greek efforts to portray Celts as uncivilized barbarians”

The Celts: Search for a Civilization – By Alice Roberts (Heron Books (2015)

Were the Celts of northern Europe the uncivilized barbarians the Greeks and Romans made them out to be? Alice Roberts thinks not. Her book examines the origin of the Celts, the prehistoric tribe responsible for populating Ireland, Wales, Scotland, Cornwall and early Britain. The conventional view is that the Celts originated in central Europe and gradually migrated west to occupy ancient Gaul (France), Britain, Scotland, Wales an Ireland; south to Egypt and northern Italy; and west as far as Kiev and Turkey. Roberts sides with the more recent view that Celtic civilization developed along the Atlantic coast of Europe – a well-connected group of Bronze Age societies extending from Portugal – and migrated westward to occupy Gaul, parts of Germany, the Balkans, Turkey and northern Italy.. 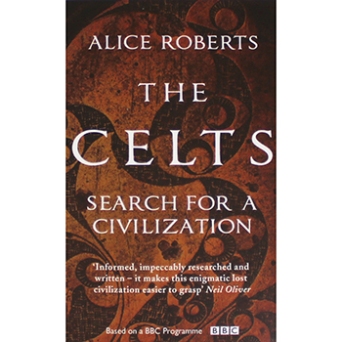 The Celts gives a full inventory of all available archeological, linguistic and genetic evidence, as well as accounts from historical texts and oral myths. The picture Roberts paints is totally at odds with Roman and Greek efforts to portray Celts as uncivilized barbarians.

Thanks to their great sophistication in mining, smelting metals into weapons and jewelry, and advanced seafaring, the Celts established major trading centers throughout continental Europe. The Tartessos referred to in the Old Testament at the time of Solomon were early Celts who sailed great ships laden with silver, gold, ivory, apes and peacocks to trade with Mediterranean settlements.

The Phoenicians, the first Eastern Europeans they made contact with, traded wine and manufactured goods for their silver, gold, copper and tin. The earliest written evidence of the Celtic language comes from the beginning of the Iron Age in Southwest Portugal

In addition to well-developed religious practices, the Celts had a written language and appointed druids to serve as judges, guardians of knowledge, and priests.

During the Iron Age, they developed a reputation as great warriors and often hired themselves as mercenaries to various kings and emperors. In 387, they sacked Rome for the first time, and in 280 BC they conquered Macedonia and moved south into Greece. Julius Caesar’s primary reason for invading and occupying Gaul was to end the constant Celtic raids on Roman territory. 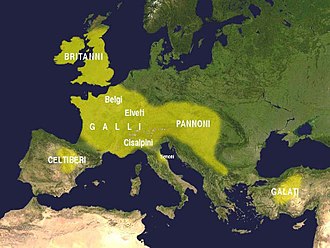 One thought on “HIDDEN HISTORY: ‘The Celts’, Advanced Seafarers or Uncivilized Barbarians?”