– “…The world is getting better every day, and at an explosive rate. This is contrary to mainstream sentiment, where pundits clamor about democracy falling apart, climate catastrophe threatening our very existence, and capitalism failing us. Yet, the proof is in the pudding, as they say. Data show the past decade has been a story of human flourishing and progress”

SM:…Adding to that list. ‘Cantonese For Dummies’ is on sale at your local book store. Secondly, it’s cheaper to wipe your ass with U.S. dollar bills then buy toilet paper (…so that should help stretch your weekly grocery bill). Finally, the Patriot’s will probably NOT win the Super Bowl or the umpteenth time….Time to celebrate!

“The 2010s have been the best decade ever. The evidence is overwhelming.”

Those are the words of Cato Institute senior fellow Johan Norberg, penned in an op-ed for the Wall Street Journal.

Norberg’s words seem hyperbolic at first glance, but he may be right. In many ways, the world is getting better every day, and at an explosive rate. This is contrary to mainstream sentiment, where pundits clamor about democracy falling apart, climate catastrophe threatening our very existence, and capitalism failing us.

Yet, the proof is in the pudding, as they say. Data show the past decade has been a story of human flourishing and progress. Here are 6 facts about human progress that give us reason to be optimistic heading into 2020:

2. More Than Half the World Is Middle Class

This might not shock you at first, but consider that September 2018 was the first time in human history that more than 50 percent of the global population was considered middle class, which amounts to about 3.8 billion people. One huge benefit of this is the demand the middle class places on the global economy, resulting in more entrepreneurial opportunities and increased commerce.

As Norberg also states in his WSJ column,

Global life expectancy increased by more than three years in the past 10 years, mostly thanks to prevention of childhood deaths.

Norberg also addresses the question, “Hasn’t this all come at the cost of a despoiled environment?” “No,” he says. “At a certain point developed countries start polluting less.” To make the point, he cites the falling rate of climate-related mortalities.

Death rates from air pollution declined by almost a fifth world-wide and a quarter in China between 2007 and 2017, according to the online publication Our World in Data.

Annual deaths from climate-related disasters declined by one-third between 2000-09 and 2010-15, to 0.35 per 100,000 people, according to the International Database of Disasters—a 95% reduction since the 1960s. That’s not because of fewer disasters, but better capabilities to deal with them. 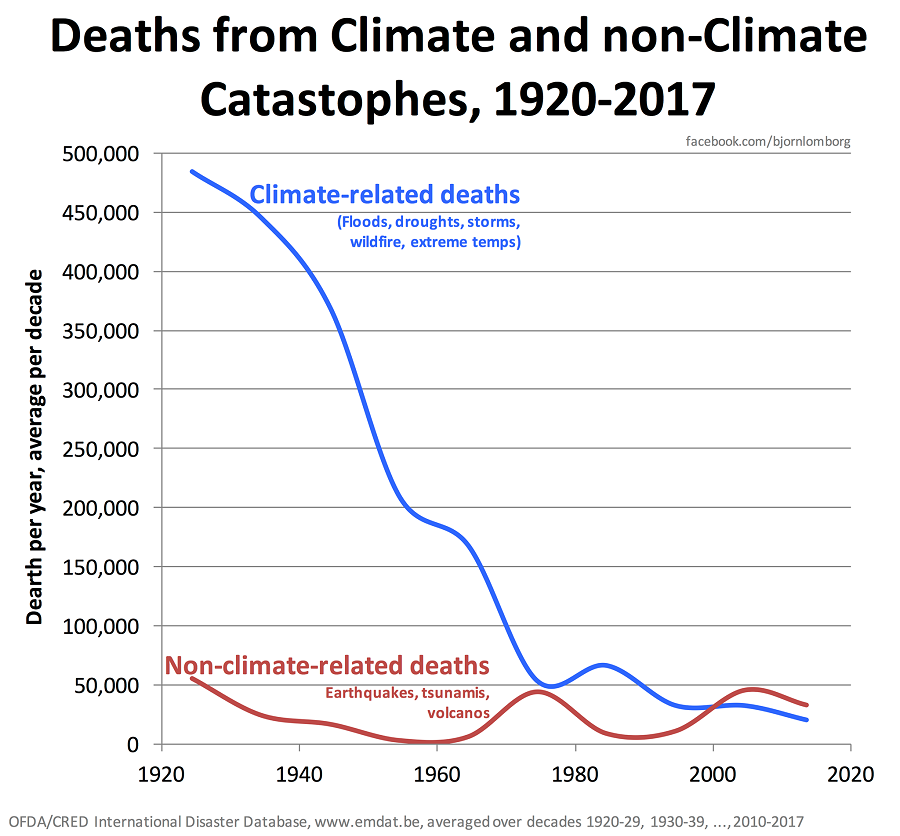 5. Life Is Getting Better in the World’s Poorest Countries

Data from the World Bank show continued progress in the world’s poorest countries, especially in the past two decades. Access to basic drinking water has increased, as has electricity, sanitation, and clean cooking fuel. Data also show decreasing rates of poverty and childhood mortality.

6. The Cost of Starting a Business Has Plummeted in Developing Economies

Burdensome and onerous regulations can prevent individuals from starting their own business, which is one of the best ways to alleviate poverty. Not only is it tricky for the entrepreneur to navigate around excessive red tape, it also ends up costing them more. 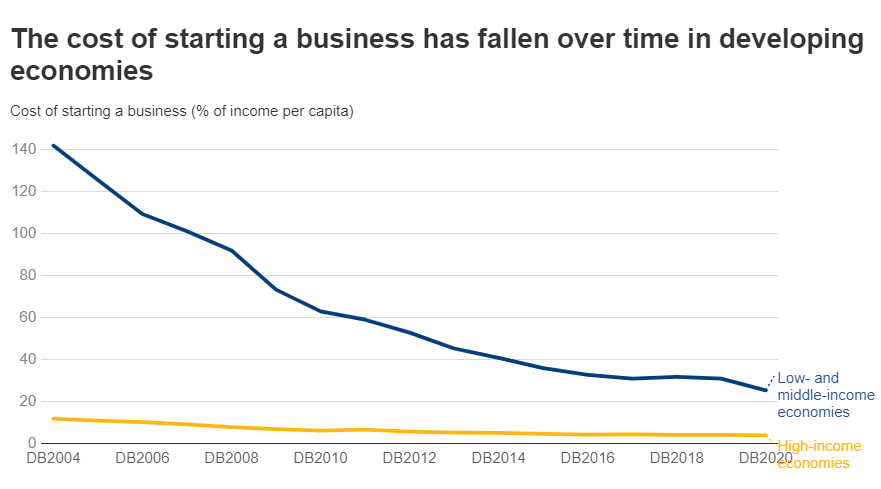 Just one month left of the best decade in history. pic.twitter.com/XGg6mpLTNq

Tyler Brandt is an Associate Editor at FEE. He is a graduate of UW-Madison with a B.A. in Political Science. In college, Tyler was a FEE Campus Ambassador, President of his campus YAL chapter, and Research Intern at the John K. MacIver Institute for Public Policy

One thought on “THE ROAD UP AHEAD: 6 Reasons For Optimism In 2020 – By Tyler Brandt”