– “…Since the end of World War 2, the USA were constructed as a worldwide leading power. During the cold war, this has developed into the collective Western hegemony… with the USA as the undisputed leader. The emergence of an American national imperialism is a somewhat unexpected challenge for all other Western countries. Nevertheless, it is a logical evolution, provoked among other things by the declining power of Western hegemony and the appearance of China, the new Russia, as well as their strategic collaboration”

2020: The Final Combat Of Western Hegemonism – By Paul Schmutz Schaller

The world situation is changing very fast and one needs to make an effort in order to keep pace with the events. The end of a year is a welcome opportunity for an assessment of the current situation. 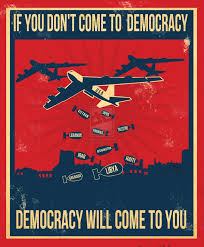 I shall concentrate on two main subjects…

2019: The West has lost the supremacy in the Middle East

I think that this was the most important change in the year drawing to a close. Iran has successfully and creatively defended herself against the „maximal pressure“ from the USA and has kept her distance with the West European countries. Economically, the country has suffered from the US-sanctions, but she has now passed the biggest crisis. The country took the imposed problems as a motivation to improve the economical governance and to diminish the dependance from petrol. While in June, say, there was a more or less real danger of an aggressive war against Iran, now, this treat haas faded into the background. The report of UN-Secretary-General Guterres of Desember 10 saying that the UN, after an investigation in Saudi Arabia, cannot verify the US and Saudi claims that Iran was behind the strikes on Aramco in September, is a diplomatic victory for Iran. As for the Iranian trade, an official recently said that, during the last 9 months, China, Iraq, UAE, Afghanistan and Turkey were major destinations for the Iranian exports while Turkey, UAE and Germany are biggest Iranian trade in terms of imports.

Syria has made further important progress in the fight against terrorism, in particular in the province Idleb. Moreover, the government and the army were able to utilize the partial withdrawal of the US occupying army in the north-east of the country. The reconstruction in Syria moves forward, Russian and Chinese enterprises will thereby play an important role. Hundreds of thousands refugees have come back. In short, as President Assad said in the interview with Italian Rai News 24: „[… ] the situation is much, much better […] and I think that the future of Syria is promising; we are going to come out of this war stronger.“

In the absurd war of Saudi Arabia against Yemen, the strategic situation has completely changed. Saudi Arabia has lost the initiative and different Arabian and African countries have stopped the support for the Saudi army. The Ansarallah movement of the Houthis has made important attacks, in particular against Aramco, and the movement has now strong official relations with Iran.

The West and Israel are still trying hard to exploit the economical and political crisis in Lebanon and Iraq. However, the patriotic forces in both countries were able to keep a positive outlook of the situation and could avoid to fall into the traps.

There is no reason to think that the positive development in the Middle East will change in the next months. Quite the contrary. One can expect that the fight in Afghanistan against terrorism and US occupation will make important progress. Moreover, the influence of China and Russia will further increase. However, the general situation will remain tense. This is of course due to the fact that there is a country like Israel in this region which is utterly hostile against the neighboring countries and tyrannizes the indigenous population.

Asia as a whole has already widely casted off the yoke of Western hegemonism. As of South America, the developments in 2019 show – despite of the coup in Bolivia – a movement to more independence which very probably will continue. I would assume that this vague will also grow in Africa, in particular in Western and central Africa, due to the fight against terrorism and the beneficial influence of China and Russia.

2020: The fight between the American national imperialism and Western hegemony will come to a decision

Trump has won in 2016, based on his program of „America first“. Since then, it has become more and more clear that this program is in fact a program of an American national imperialism. Trump is not interested in a „Western“ perspective. A typical example are the US sanctions against numerous countries, even against traditional allies. This is a crucial change. Since the end of World War 2, the USA were constructed as a worldwide leading power. During the cold war, this has developed into the collective Western hegemony – including countries like Japan, Australia and others – with the USA as the undisputed leader. The emergence of an American national imperialism is a somewhat unexpected challenge for all other Western countries. Nevertheless, it is a logical evolution, provoked among other things by the declining power of Western hegemony and the appearance of China, the new Russia, as well as their strategic collaboration.

The traditional Western hegemonic forces have never accepted the election of Trump in 2016. They are very strong inside the US Democratic Party and in the US parliament in general, but also in Western Europe. With the impeachment and the US election in 2020, the fight between the both tendencies will reach a decision. One should expect that this fight will be very hard. The only logical outcome will be a victory of Trump; however, it is still to be seen whether this will be a clear victory or not. In other words, will the Western hegemonic forces be obliged to accept it this time? I think that these questions will be very crucial in 2020.

Also for Western Europe, the influence of this fight will be immense. Concerning this matter, the UK is the most advanced country in Western Europe. After a struggle of 3 and half years, the population has given a clear mandate to the Johnson government to deliver Brexit. It is probable that now, where this central question is resolved, the development in the UK will be quite dynamical. The formation of a national imperialism will advance quickly. France also is rather well prepared for a victory of the American national imperialism; with the period of de Gaulle in the 1960s, she has a historical model.

On the other hand, I believe that Germany is the less prepared country. Germany is very anti-Trump. In 2016, polls in Germany indicated that up to 90% would vote for Hillary Clinton and only 4% for Donald Trump. The polls during the last years have clearly confirmed this rejection of Trump in the German population. Also, German Chancellor Merkel has been widely seen as a stronghold of the traditional Western hegemony and against American national imperialism. However, the situation is changing. Merkel has lost her authority and is now rather isolated. The awareness is growing that Trump does not stand for a parenthesis in history, but for a fundamental change. The impeachment is not judged as positive as one could await. Moreover, the German industry would like to have better relations with Russia. The US sanctions against Nord Stream 2 will only reinforce the will in Germany to become more autonomous.

There is still another problem. While national imperialism has a long tradition in the UK and in France and will probably be accepted without too much of resistance, in Germany, national imperialism is not popular, for historical reasons. Therefore, one may predict that Germany will have a big debate on her political identity; even a profound crisis is possible. This is certainly complicated by the fact that Merkel has to be replaced and that there is – actually – no convincing successor. I am however quite confident that Germany will be able to find a way for playing a quite positive role in the future world.

We therefore may anticipate that Western hegemony is replaced by national imperialisms. Of course, they will remain a big problem for the world, even if the classical Western hegemony will suffer an important defeat. But the contradictions of other Western countries with the USA will strongly expand. This gives the remaining world much better perspectives.

From my point of view, 2019 was a very positive year and I am convinced that the same will be the case for 2020.

Review of 2019 and Preview for 2020: the Final Combat of Western Hegemonism

One thought on “REALPOLITIK: ‘2020’, The Final Combat Of Western Hegemonism – By Paul Schmutz Schaller”