– ‘…I’m still going to travel all over the world every chance I get. I’ll be cautious. I’ll be observant. I’ll be prepared mentally and physically should a mass shooting or terror attack occur. I’ll be ready to defend myself, ready to escape, ready to de-escalate, ready to fight back. But I will not be imprisoned by fear”

You Should Still Go: Don’t Let Fear Rule Your Life – By Daisy Luther

Three mass shootings occurred in the last week in America and it’s starting to feel to many people like nowhere is safe. “I’ll hunker down at home,” they say. “I won’t go to Wal-Mart,” they vow. “I’m going to homeschool my children,” they decide. 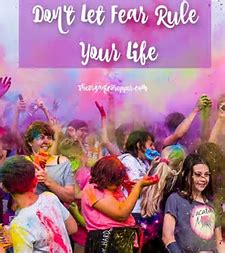 I could keep on going with that list of seemingly innocuous activities where people died. What the heck is this world coming to when these ordinary activities can turn into life or death situations? It’s enough to make you wonder if you should just stay home.

I don’t think you should just stay at home.

Unless your home is truly the only place you want to be, you shouldn’t let fear hold you captive. And that’s what I’m reading a whole lot right now. People are talking about never going to Wal-Mart again or never going to the sites of other shootings again.

And that is letting fear win. That’s letting these little terrorist punks have the last laugh. I, for one, simply refuse to do that, and I’ve written about it before.

If I stop going to concerts or movie theaters or festivals in the park because it might get blown up or shot up, isn’t that letting the terrorists win? I will do my very best to be alert and situationally aware, but by gosh, I’m not going to sit at home out of fear. I’m not going to convince myself that home or my small town or my country are the only places that I can be safe.

Why make your world small because of those people?…

Bad things can happen anywhere. And you need to be aware of this.

But you don’t need to give up your dreams of travel (if that is a dream of yours – it might not be) and you don’t need to limit your shopping to Amazon because there might be a mall shooter. You don’t have to wait a year for movies to show up on Netflix if you enjoy going to the theater.

It really sucks that so many people out there want to harm innocent people, but when you change your lifestyle because of them, they’ve won. And that’s sad indeed. (source)

A lot of people have changed their lives because of shooters and terror attacks. 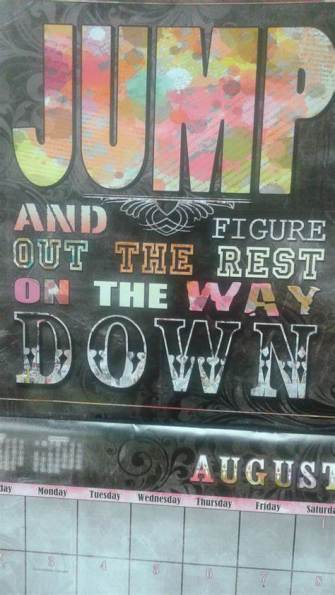 People stopped visiting Paris and London because of terrorists. They stopped going to concerts because of the Vegas shooting and the attack on Ariana Grande’s concert in England.

I think that locking ourselves into smaller and smaller worlds is a sad thing indeed. You should not change your life because of fear.

You should get out there and celebrate being alive.

Obviously, some people really never wanted to go to concerts and movies and France in the first place and that’s fine too. I’m talking to the people who are regretfully declining to do things they really wish they could do.

Prepping doesn’t mean you need to create a prison of your own making. Prepping does not exclude traveling, attending events, or going to the store. It simply means that if you are out and something bad goes down, you’ll be ready to move into action fast. Some preppers disagree with my philosophy and that’s fine. We all have to make our own decisions and set our own limits.

I want to really live my life. And I can do that while still being prepared.

When terrorists win, they become bolder.

Just like any other bully, if you let these terrorist and mass shooters terrifying you into staying home and not living your life, they’re just going to get worse. They’re only going to become bolder until one of these days, taking your trash to the curb on garbage day is a life-threatening activity.

Ted Anthony of the AP wrote an excellent essay about this called “You Can’t Just Not Go.” Here’s an excerpt from it:

Are regular places safe anymore? Should we assume that they are?

There are, loosely, two types of reactions that sometimes overlap. One is to back off some, to take more precautions. One is to be defiant. That’s the approach that retired Marine Richard Ruiz, a Gilroy native, says he’s seen in Gilroy in the week since the garlic festival shooting.

“The thing that has changed in Gilroy is our focus,” said Ruiz, 42. “No one is showing signs of being worried or fearful in public. We’re emboldened. We want to go out more.”

In Squirrel Hill, the Pittsburgh neighborhood where a shooter killed 11 people at Tree of Life Synagogue last fall, a commitment to doing exactly that has helped ensure that civic life remains vibrant. There is little visible change except for the “Stronger than Hate” signs in some shop windows that encourage two things — a return to normal life and a commitment to never forgetting…
…the conversations that now take place — Should we go? Should we take the kids? What’s that noise? — reflect a society that, no matter people’s political beliefs, is starting to process what’s taking place in its midst.

This year marked two decades since two student gunmen killed 12 schoolmates and a teacher at Columbine High School outside Denver, a watershed moment in mass shootings. Sam Haviland, who was a junior at Columbine in 1999, knows other survivors who are fearful in public places or avoid them completely. After years of post-traumatic stress, she chose a different path.

“I decided that I didn’t want to live in fear and that I can’t control it, and so I’ve just come to terms with the fact that I may not be safe in public,” said Haviland, now director of counseling for Denver Public Schools. “The number of shootings since then has just reaffirmed for me that, you know, it’s a real possibility that shootings — that I might even survive another shooting.” (source)

Don’t let these sick people filled with hate ruin your life. Don’t allow them to keep you imprisoned in your home, no matter how wonderful that home might be. If you want to do something, don’t let the fear of a twisted, cowardly shooter keep you from doing that thing.

I’m still going to travel all over the world every chance I get.

I’ll be cautious. I’ll be observant. I’ll be prepared mentally and physically should a mass shooting or terror attack occur. I’ll be ready to defend myself, ready to escape, ready to de-escalate, ready to fight back. But I will not be imprisoned by fear.

Maybe I’ll do all these things and something bad will never happen. Maybe if something bad happens, I’ll survive. Maybe I won’t.
But I will go. I will not let fear rule my life.

Daisy Luther is a coffee-swigging, gun-toting blogger who writes about current events, preparedness, frugality, voluntaryism, and the pursuit of liberty on her website, The Organic Prepper. She is widely republished across alternative media and she curates all the most important news links on her aggregate site, PreppersDailyNews.com. Daisy is the best-selling author of 4 books and runs a small digital publishing company. She lives in the mountains of Virginia with her family. You can find her on Facebook, Pinterest, and