– “…Most geopolitical analysts are in agreement that we are so close to a nuclear war as ever. But this scenario will never be allowed by level headed segments from both sides of the conflict….What they have done and continue to do instead is to inform the other side where these rogue intelligence operatives are holding up to coordinate their nefarious sabotage operations, and eliminate them quickly”:

As the covert hybrid WW3 continues, Russian offensives can be felt both in the diplomatic fronts as well as in the battlefields of Syria.

Just as the Syrian ceasefire collapsed five days ago, Russia moved its primary aircraft carrier to augment the naval forces already in the area. Identified targets in Western Aleppo were then fired upon with Kaliber missiles resulting in the deaths of 30 Mossad/CIA/Qatari intelligence officers managing and supporting the Daesh Aleppo aid convoy attacks which caused the collapse of the ceasefire.

“The Russian warships fired three Caliber missiles at the foreign officers’ coordination operations room in the Dar Ezza region in the Western part of Aleppo, near Sam’an mountain, killing 30 Israeli and western officers,” the Arabic-language service of Russia’s Sputnik news agency quoted battlefield source in Aleppo as saying on Wednesday.

The operations room was located in the Western part of the Aleppo province in the middle of the sky-high Sam’an mountain and old caves. The region is deep in a chain of mountains.

Several US, Turkish, Saudi, Qatari and British officers were also killed along with the Israeli officers. The foreign officers who were killed in the Aleppo operations room were directing the terrorist attacks in Aleppo and Idlib.

Earlier in September, the Syrian army units launched a preemptive strike on the terrorists of the so-called Aleppo Operations Room in their gathering centers near the Castello road in the Northern areas of Aleppo and Mallah farms, foiling their plots to attack the region’s supply route, a source said.

The source said that the army’s artillery units attacked the terrorists’ gathering centers near Castello and Mallah farms in Zahra Abdo Rabbah, Kafar Hamra and Hurayatyn which killed and wounded dozens of militants.

Informed media sources disclosed earlier that the Syrian army has continued its advances in the Southern part of Aleppo, and regained control over several strategic areas in the town of Khan Touman.

“A number of key warehouses of Khan Touman are now under the Syrian army’s control,” the Arabic-language media quoted an unnamed informed source as saying.

The source noted that the Syrian air force and army artillery units also targeted the gathering centers and fortifications of the terrorists in Khan Touman.

Defeat is imminent for a mysterious group in Syria 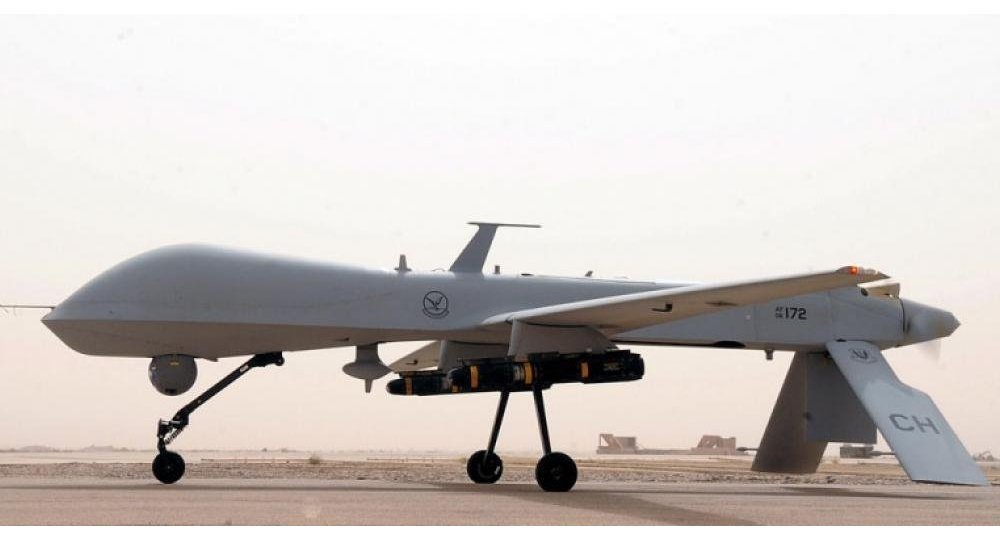 All signs indicate that the Syrian army will begin the process of liberalization of Mards City at the earliest. This city is located on the road linking Damascus, Aleppo. And now controlled by the “Jund al-Aqsa” group, a unique group of its kind, is until recently has large numbers of drones and succeeded in courting the United States of America.

It is believed that the defeat will allow to know many new things about the war in Syria. It is noteworthy that this group used large numbers of drones to bomb sites on earth. But no one knows where is this isolated base where basic supply, and aircrafts capable of launching bombing operations in addition to doing the task of surveillance, are channeled from.

Where “Jund al-Aqsa” group got on airplanes? And where the group’s leaders come from? … It is possible to find the answer to solve these puzzles when a covert group of Syrian forces had seized documents.

More naval pieces are also being sent towards the Syrian war zone.

Russian aircraft carrier Admiral Kuznetsov will be heading to the Mediterranean Sea in order to support the ongoing anti-Daesh military operation in Syria while carrying a full complement of weaponry and military aircraft.

… While en route to the Syrian coast, the group, which will also include a nuclear submarine, is expected to hold a military exercise involving Tu-160 long-range strategic bomber aircraft.

“The entire spectrum of aircraft and helicopters stipulated by the minister’s decision will be deployed on it (the carrier),” Maj. General Igor Kozhin, chief of the Russian Naval Aviation, said.

Russian aircraft carrier Admiral Kuznetsov, officially designated by the Russian Navy as a heavy aircraft-carrying missile cruiser, was built at the Black Sea Shipyard in 1985.

In 2016 however the carrier received a number of upgrades and can now also carry Ka-52K reconnaissance and combat helicopters that were originally designed for operations aboard the French-built Mistral-class amphibious assault ships.

It is for these reasons that most geopolitical analysts are in agreement that we are so close to a nuclear war as ever. But this scenario will never be allowed by level headed segments from both sides of the conflict.

What they have done and continue to do instead is to inform the other side where these rogue intelligence operatives are holding up to coordinate their nefarious sabotage operations, and eliminate them quickly.

These covert military operations are being launched in tandem with diplomatic offensives at the UN and in various established fora.

A security operation in Homs reveals Mossad, CIA and Blackwater are involved in the military violence in this part of Syria, as over 700 Arab and Western gunmen and Israeli, American and European-made weapons were detained in Baba Amr district.
TagsArms, Conflict, Military, USA, Israel, War, Syria

Around 700 gunmen were recently arrested in the former rebel stronghold of Babar Amr.

“The captured gunmen held Arab nationalities, including Gulf, Iraqi, and Lebanese. Among them were also Qatari intelligence agents and non-Arab fighters from Afghanistan, Turkey, and some European countries like France,” the agency quotes Syrian expert in strategic affairs Salim Harba as saying.

Harba also confirmed to the agency that “a coordination office was established in Qatar under American-Gulf sponsorship. The office includes American, French, and Gulf – specifically from Qatar and Saudi Arabia – intelligence agents, as well as CIA, Mossad, and Blackwater agents and members of the Syrian Transitional Council.”

“The Syrian army also uncovered tunnels and equipments there,” he told to the agency, “advanced Israeli, European, and American arms that have not yet been tested in the countries of manufacture, in addition to Israeli grenades, night binoculars, and communication systems were confiscated by the security forces.”

Salim Harba however said the Syrian authorities are not planning to reveal all the obtained information now, but assured all the evidence is of high value.

“The Syrian security forces have documents and confessions that could harm everyone who conspired against Syria, and could make a security and political change, not just on the internal Syrian level, but also on the regional level,” he said.

The recent Stratfor leak and hacked email of the company’s director of analysis also suggest undercover NATO troops are already on the ground in Syria.

There have been previous allegations of a Western presence on the side of the rebels as 13 French officers were reportedly captured by the loyalist forces earlier in March.

President Bashar al-Assad has repeatedly claimed his regime is fighting not with peaceful protesters as claimed by the West, but with the military gangs supported by the West.

Western powers however have categorically denied any military involvement in Syrian internal conflict.