– “… 18 months ago, as the riots flared in Ferguson, there was one man pulling the strings of this ‘domestic false flag’… George Soros – liberal billionaire George Soros donated $33million to social justice organizations which helped turn events in Ferguson from a local protest into a national flashpoint”:


(Who Is Behind The Riots? Charlotte Police Says 70% Of Arrested Protesters Had Out Of State IDs)

Confirming what many had suspected when viewing the sudden and intense collapse into anrchy that occurred in Charlotte this week, Todd Walther, spokesman for the Charlotte-Mecklenburg Fraternal Order of Police told CNN’s Erin Burnett:

“This is not Charlotte that’s out here.  These are outside entities that are coming in and causing these problems. These are not protestors, these are criminals.”

“We’ve got the instigators that are coming in from the outside.  They were coming in on buses from out of state.  If you go back and look at some of the arrests that were made last night.  I can about say probably 70% of those had out-of-state IDs.  They’re not coming from Charlotte.”

As shocking as this statement is, it should not be a total surprise. 18 months ago, as the riots flared in Ferguson, there was one man pulling the strings of this ‘domestic false flag’… George Soros. In an apparent effort to  “keep the media’s attention on the city and to widen the scope of the incident to focus on interrelated causes — not just the overpolicing and racial discrimination narratives that were highlighted by the news media in August,” liberal billionaire George Soros donated $33million to social justice organizations which helped turn events in Ferguson from a local protest into a national flashpoint.

As The Washington Times explains,

There’s a solitary man at the financial center of the Ferguson protest movement. No, it’s not victim Michael Brown or Officer Darren Wilson. It’s not even the Rev. Al Sharpton, despite his ubiquitous campaign on TV and the streets.

Rather, it’s liberal billionaire George Soros, who has built a business empire that dominates across the ocean in Europe while forging a political machine powered by nonprofit foundations that impacts American politics and policy, not unlike what he did with MoveOn.org.

Mr. Soros spurred the Ferguson protest movement through years of funding and mobilizing groups across the U.S., according to interviews with key players and financial records reviewed by The Washington Times.

Still not buying it? As The New American recently reported, Ken Zimmerman, the director of U.S. programs at Soros’s Open Society Foundations (OSF), denied last year that Soros had funded BLM, saying it was just a rumor.

That was before hackers with DCLeaks.com published OSF documents showing that the Soros group had already given at least $650,000 directly to BLM.

Those same documents reveal the reason for OSF bankrolling BLM: the “dismantling” of America so that it can be recast according to the vision of Soros and his leftist cohorts.

The communist-on-its-face nature of these and other demands of the organizations under the BLM umbrella are a clear indicator of the real intent of BLM. The deep-pocketed funding by the likes of Soros, the Center for American Progress, the Ford Foundation, and Borealis Philanthropy show that BLM is the means, not the end.

BLM is little more than a tool of social revolutionaries hell-bent on destroying America so they can build their long awaited dystopia which they attempt to pass off as a utopia.

So with Hillary’s poll numbers decling rapidly, and a debate looming that she would desperately like to be focused on domestic division as opposed to every email, pay-to-play, foreign policy misstep, and cough or stumble she has taken; is anyone shocked that ‘out of state’ protesters would turn up in Charlotte suddenly turning a peaceful but angry protest into tear-gas-filled deadly riots? And who is a big donor to Clinton? 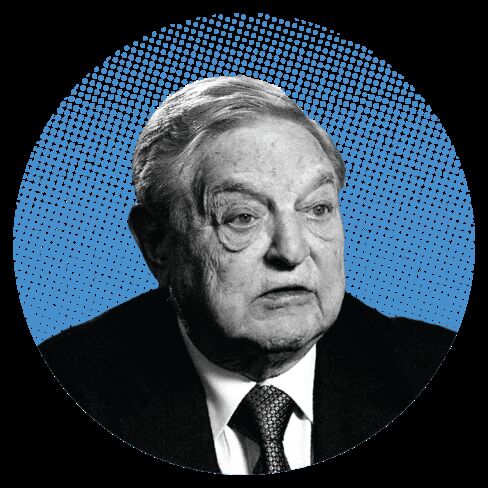 Financier George Soros founded what would become the Quantum Fund in 1969 with $12 million. According to the Bloomberg Billionaires Index, he’s now worth $24.7 billion and continues to invest through Soros Fund Management, a family firm. As a political donor, Soros has been mercurial. In 2004, he contributed $23.5 million to organizations opposing George W. Bush’s reelection effort. In 2008, he donated $2,300 to both Clinton and Barack Obama, and that was it. Soros’s Open Society Policy Center, the advocacy arm of his philanthropic network, spent $8.2 million on lobbying Washington in 2015. It focuses on international human rights, immigration, foreign aid, public health and criminal justice reform, among other issues. Since 2003, Soros has contributed $54 million to federal candidates and committees.

2 thoughts on “COVER-UP: Who Is Behind The Riots? Charlotte Police Says 70% Of Arrested Protesters Had Out Of State IDs”