– “…No, I am not going 10,000 miles from home to help murder and burn another poor nation simply to continue the domination of white slave masters of the darker people the world over. This is the day when such evils must come to an end”:

(Clay Vs America: When Muhammad Ali Defied The Vietnam Draft)

He had been convicted of draft evasion, fined $10,000, stripped of his heavyweight title, and banned from boxing for three years. While he remained on bail as he appealed his conviction, it would be more than three years until Ali, in his peak, returned to the ring. 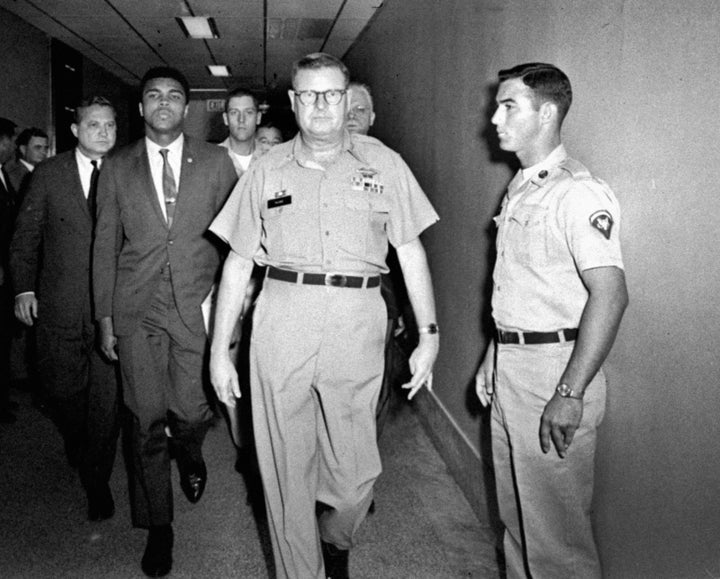 Ali became eligible for military service in 1966, two years after he had changed his name from Cassius Clay and converted to Islam. He opposed the Vietnam War on religious grounds.

Prevented from fighting, Ali became a vocal and focal spokesperson for the anti-war movement.

“Man, I ain’t got no quarrel with them Viet Cong. No Viet Cong ever called me nigger,” he said the year before he was convicted, articulating for many their opposition to the draft, and the war.

In a public statement prior to refusing the draft, Ali said:

Why should they ask me to put on a uniform and go 10,000 miles from home and drop bombs and bullets on brown people in Vietnam while so-called Negro people in Louisville are treated like dogs and denied simple human rights?

No, I am not going 10,000 miles from home to help murder and burn another poor nation simply to continue the domination of white slave masters of the darker people the world over. This is the day when such evils must come to an end. I have been warned that to take such a stand would put my prestige in jeopardy and could cause me to lose millions of dollars which should accrue to me as the champion.

But I have said it once and I will say it again. The real enemy of my people is right here. I will not disgrace my religion, my people or myself by becoming a tool to enslave those who are fighting for their own justice, freedom and equality.

If I thought the war was going to bring freedom and equality to 22 million of my people they wouldn’t have to draft me, I’d join tomorrow. But I either have to obey the laws of the land or the laws of Allah. I have nothing to lose by standing up for my beliefs. So I’ll go to jail. We’ve been in jail for four hundred years.

Fellow boxer Billy Conn said: “He is a disgrace to the boxing profession. I think that any American who pays to see him fight after what he has said should be ashamed.”

Martin Luther King, Jr said: “No matter what you think of Mr Muhammad Ali’s religion, you certainly have to admire his courage.” 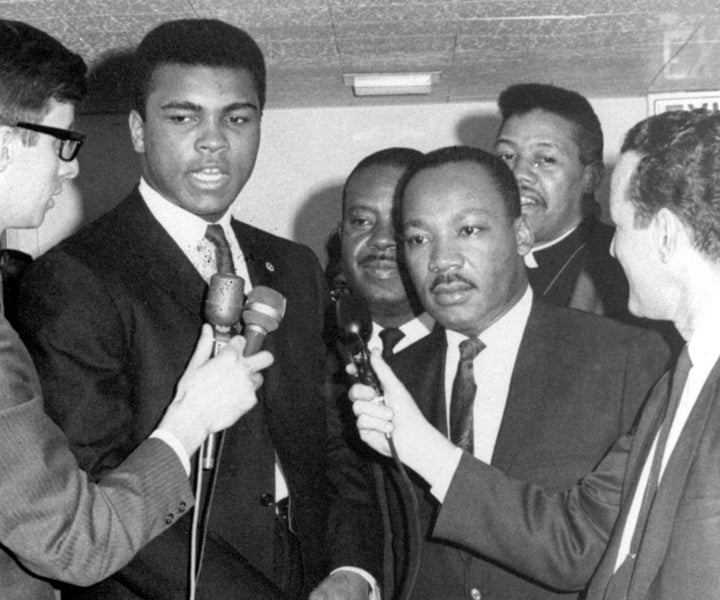 Ali’s appeal against a Texas court’s decision was denied in 1968, but he was permitted to return to boxing in 1970.

Three years later his case came before the Supreme Court. His conviction was overturned 8-0 in Clay v. United States, with only one of the justices abstaining. He would go on to become world heavyweight champion for a record second and third times.

In 1996 he carried the Olympic flame into the stadium for the Atlantic Olympics. In 2000, Vietnam War veteran and later Republican presidential candidate John McCain named his boxing reform legislation after Ali.

Five years later George W Bush presented him with the presidential medal of freedom, the highest civilian honour in America. 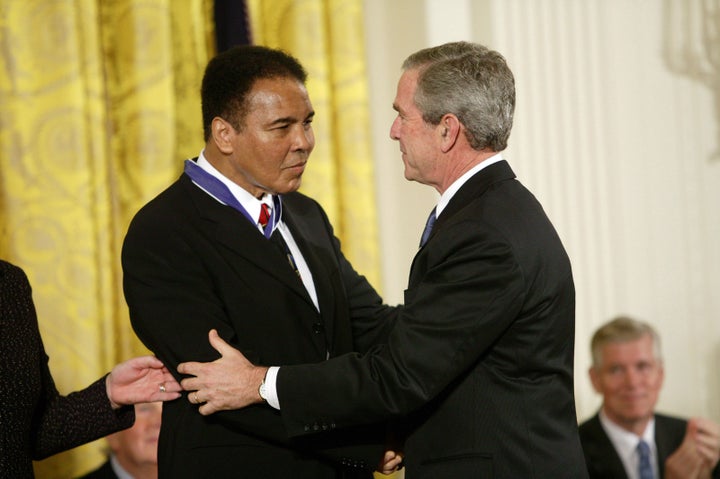 Upon Ali’s death, the anti-war leader of the UK Labour party, Jeremy Corbyn, wrote that Ali “transcended sport and politics”.

History would seem to vindicate Ali’s stance. A man known as the greatest fighter the world had seen was also one of its most famous peace activists.

One thought on “REBEL YELL: ‘Clay Vs America’, When Muhammad Ali Defied The Vietnam Draft”