– Antarctica was once Atlantis. An antediluvian island continent paradise from where evil nephilim overlords ruled the entire Earth with great ruthlessness using occult knowledge that included things like black magick & super advanced technology taught to them by their fathers – the watchers that fell in the days of Jared [see 1 Enoch 9:6-9].

Poseidonis was the capital of Atlantis. The island continent appeared to sink into the ocean during the Great Deluge mentioned in Genesis 6:5-7,11-13 & 7:17,19-24. Later it was flash frozen due to sudden global crustal displacement where it was covered with ice until the Nazis learned from esoteric Tibetan monks that 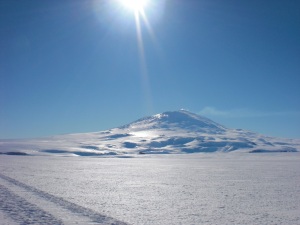 A California TV crew missing since November 2002, a video they left behind and a mission by U.S. Navy SEALs are the key elements in a story that claims extensive ancient ruins have been found under the ice of Antarctica. That’s according to archaeologist and adventurer Jonathan Gray of World Education Research Ltd in his free newsletter Archaeology News Flash.
A spokesman for the company is reported to have said at the time that “The U.S. government said it will seek to block the airing of a video found by Navy rescuers in Antarctica that purportedly reveals that a massive archaeological dig is underway two miles (3,200 meters) beneath the ice.”
“The AtlantisTV production crew that shot the video is still missing.” reports Gray. Attorneys for the Beverly Hills-based AtlantisTV stressed at the time that the company’s primary concern was for the safety and welfare of the crew.
But they stated they would vigorously oppose any attempts to censor material that is clearly in the public interest and public domain.
The icy continent of Antarctica, they pointed out, belongs to no nation. The U.S. has no jurisdiction there.”
McMurdo Station Antarctica 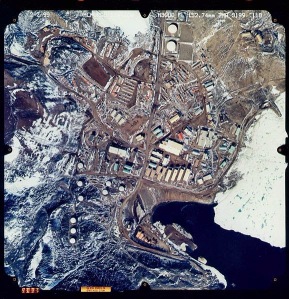 “That video is the property of AtlantisTV, said a company spokesman, We shot it. It’s ours. And as soon as it is rightfully restored to us, were going to air it. End of story.”
WATCHED BY NAVY OFFICERS
“Two Navy officers who saw the tape described its contents to National Science Foundation (NSF) researchers upon their return to the Amundsen-Scott Station at the South Pole,” asserts Gray in his recent newsletter.
Amundsen-Scott Station

2 thoughts on “HIDDEN HISTORY: The Secret Past of Antarctica and Ruins Of Ancient City Found In Antarctica”